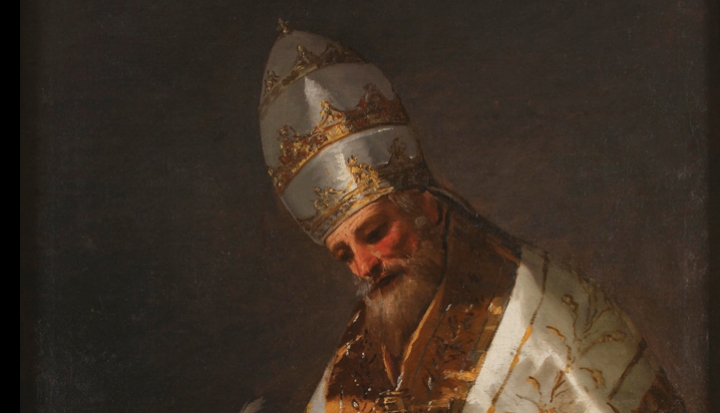 The great fun of being a Catholic catechist is that people treat you like the Answer Lady. They turn to you in all sincerity and ask: “What does the Bible have to say about dinosaurs? What was Jesus like as a kid? When Mary says the rosary, does she say, ‘Blessed are thou among women’ or ‘blessed am I’? What’s heaven really like?”

A newbie religious educator will try to address every question with as much depth, breadth, and dignity as can be mustered. These days I’ve grown quite comfortable with two previously avoided responses: “The Bible doesn’t say much” and “I don’t know.”

Often, though, a question pops up that merits research. This happened recently when someone inquired about how many saints have earned the title “the Great” and what it takes to qualify for this honorific. Some of us can produce a short list off the top of our heads—Leo the Great, Gregory the Great, Albert the Great—after which we may stall. Feminist saint-watchers will surely add Gertrude the Great, the only woman to rank among the canonically magnified. A strong lobby will argue for recently sainted Pope John Paul II.

What’s surprising to learn is that the church doesn’t grant this title to anyone. The official process of saint-making involves rulings on miracles, martyrdoms, and heroic virtues. A title like doctor of the church may be granted later by papal decree, but no one is ever assigned to a category of Greatness. A suffix like “the Great” is merely added by popular acclaim. This means there’s no actual standard by which Greatness is measured. Like claims of “World’s Best Hot Dog,” it’s a matter of taste.

But back to the question: Who has been called Great so far? It should be mentioned that the Orthodox Church has its own canon of saints, some of whom coincide with ours, and the Orthodox tend to hand out Greatness with more enthusiasm than we do. So, for example, while Roman Catholics agree with the Orthodox that church father Athanasius is a saint, we don’t call him “the Great” as they do—which doesn’t mean he’s not special to us. We do, after all, include Athanasius among the elite 36 doctors of the church.

If we limit our Greatness search to Roman Catholic saints, the tally still isn’t definitive. Any basic listing of the Greats includes Anthony of Egypt, Bishop Basil, Pope Leo, Pope Gregory, Dominican scholar Albert, and Benedictine mystic Gertrude. Some lists add King Alfred of Wessex, Carthusian founder Bruno, Hugh of Cluny, and even Turkish Bishop Nicholas—the last being pretty great by the reckoning of every child, Catholic or otherwise, who loves Christmas.

So why did these particular saints earn their superlative reputation? Anthony of the Desert, as he’s best known, kick-started the monastic movement in the third century by fleeing to the wilderness after ridding himself of the horror of an early inheritance. The first of the so-called “white martyrs,” Anthony didn’t face the “red” martyrdom of having his blood spilled for the faith. He simply made a living sacrifice of his whole existence. Anthony’s wisdom rivaled his asceticism. When you die at 105, you have plenty of time to become a living legend.

Bishop Basil’s story is less colorful but doctrinally crucial. An early defender of the Nicene Creed, Basil helped fashion our understanding of the Trinity, the two natures of Jesus, and the divinity of the Holy Spirit.

Pope Leo, the first of 13 so far, found greatness in a different realm: by fighting off invading Vandals and Huns. He also established the Roman bishop as “first among equals” over the bishop of Constantinople’s similar claim. We owe our idea of papacy to Leo.

Pope Gregory, the first of 16 to date, was a sixth-century lawyer, monk, and liturgist. He reorganized the Curia, redefined the role of bishops, reformed the liturgy, and standardized the ethereal loveliness of Gregorian chant.

Albert of Cologne was called Albertus Magnus in his lifetime, because he was a brilliant teacher, scientist, philosopher, and theologian. Like Basil, Leo, and Gregory, Albert would be named a doctor of the church, as his writings became essential to the church’s self-understanding.

Gertrude was a brilliant woman of the 13th century. Among the first to practice devotion to the Sacred Heart, she had marvelous visions and mystical experiences and wrote influential books of prayers and meditations that affected the development of her Cistercian Order. Her influence was significant on many future saints, including Philip Neri, Francis de Sales, and Teresa of Ávila.

These six comprise the standard Greats, and we might agree their contributions are highly significant. We may also chafe at names missing from this list. What about Francis of Assisi, Patrick of Ireland, Catherine of Siena, Hildegard of Bingen, or Vincent de Paul? And yes: Shouldn’t Good St. Nick actually be Great? Since this honorific is entirely up to popular vote, it appears we might all write in our special patrons and heroes with no harm done.

However, before upgrading your personal pantheon, it’s wise to take a good, long look at greatness. We live in the MAGA era, when magnitude is reflexively an admirable goal. Still, Jesus does have something rather pointed to say to his disciples about not seeking seats of honor nor aiming for the “great” list. Biblical prophets and evangelists are blunt about how the mighty will be hurled from thrones while the lowly are hoisted up.

In light of this, we can imagine how horrified the poor man of Assisi would be if we started calling him “Francis the Great.” A real saint by definition avoids magnification and seeks a humbler profile. It’s telling that the canonization process doesn’t award Greatness titles. Bestowing them on holy people we esteem may be a sign we’re missing something pretty obvious.

In the gospel parable of the rich man with an abundant harvest, we meet a fellow who has had a good year. His self-satisfaction knows no bounds. His plans for the future are equally expansive. Settled into his easy chair, fingertips together, the rich man dreams of larger barns to surpass the bounty he already enjoys.

Larger barns. You’ll seldom meet an affluent person who’s not thinking of larger barns. Those of us who operate from a toolshed may still have a barn in our sights. The trap of magnification ensnares us in a hornet’s nest of deadly sins: pride, greed, envy. We always want more, even though more is notoriously unsatisfying.

Greatness isn’t a place we get to by amassing more—not even if what we’re amassing is more virtues, sounder doctrines, higher wisdom, or stronger ecclesial authority. By the looks of our current Great saints, it would seem the best way to get your name on that list is to start a spiritual movement, write a brilliant book, or rescue a city. But the most that will earn you is the admiration of your peers—and why limit yourself to that paltry standard?

If the last truly will be first, the surest way to avoid the spiritually toxic pitfall of magnification is to strive to make ourselves meek again. I’m not sure meekness can be reckoned a “great” idea, and perhaps few will don a cap that says MAMA. But if you start a movement toward meekness, who knows? One day they may call you Great.