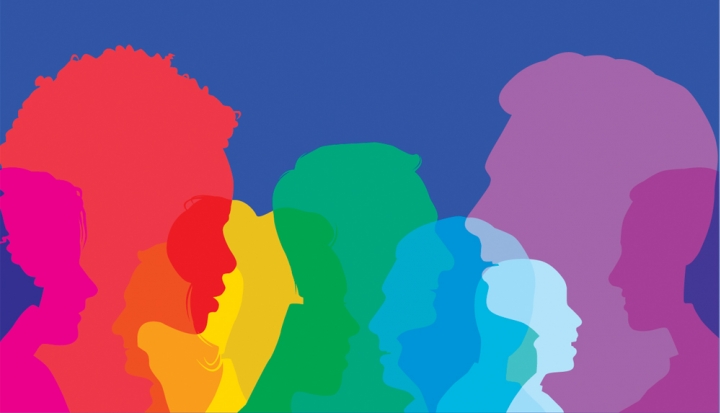 Two years ago, on a chilly spring Saturday in Chicago, I found myself sitting in a conference room in an airport hotel as one of the speakers for a panel discussion during a weekend symposium. In many respects the gathering was indistinguishable from dozens of professional conferences in which I’d participated during my career as an environmental engineer.

But this symposium was for LGBTQ Catholics, and I was there to share my experiences as a Catholic deacon and the father of a 23-year-old transgender woman. My daughter was there to participate in the session as well.

For a parent, it was heartbreaking to listen to her tell her story and to relive difficult aspects of her journey—all the discrimination and hatred she has endured, the depression and suicide attempts. I will never forget her saying that all she wanted was to get up in the morning, go to her job as a graphic artist in Washington, D.C., return in the evening to the apartment she shared with two college friends from Georgetown, make dinner, go to bed, and then get up the next morning to do the same thing again.

In other words, she just wanted to be able to live her life authentically as the person she is, the same fundamental need and desire as every other human being.

While I’m happy to say my daughter is doing well today, her path in life will always be significantly more challenging than many of ours. If we were to honestly assess the ability of LGBTQ people in the United States to simply live their lives, the results would be decidedly mixed.

According to the 2018 State Equality Index report compiled by the Human Rights Campaign Foundation and the Equality Federation Institute, 30 states do not currently have any laws that prohibit discrimination in employment, housing, and public accommodations on the basis of sexual orientation or gender identity.

In those states, there are no comprehensive legal protections for LGBTQ rights. Individuals can be refused employment or be fired from their jobs, denied housing or credit, or even refused life-saving health care on the basis of their God-given sexual or gender identity, all without any legal recourse.

Various studies, including one in 2017 by the Harvard T.H. Chan School of Public Health, have documented this discrimination against the LGBTQ community and found it to be real and significant. For Catholics, whose faith is based on the fundamental belief in the value and dignity of every human being and whose church has consistently called for the just treatment of workers, a clear moral obligation to actively support efforts to eliminate these kinds of discrimination would seem obvious.

On the legislative front, numerous efforts during the 2019 legislative session at both the state and federal levels have sought to address nondiscrimination protections for the LGBTQ community. These include proposed legislation in more than 35 states to either establish these protections or expand existing protections, according to the Equality Federation’s legislative tracker. (Unfortunately, the same source also shows proposed bills in several states that would limit LGBTQ rights, especially to transgender individuals.)

The most visible proposed legislation in this area, which was introduced to the current Congress in March 2019, is the federal Equality Act, which would amend existing civil rights laws to prohibit discrimination in employment, housing, and public accommodations based on sexual orientation or gender identity.

How do people of faith respond to these efforts? According to a 2019 survey by the Public Religion Research Institute, significant majorities of all major religious groups in the United States support laws protecting LGBTQ people from discrimination in employment, housing, and public accommodations. The results of that survey with respect to Catholics are consistent with the results for other religious groups: Approximately 70 percent of Catholics favor such legislation.

It seems clear that the sense of the faithful, the sensus fidelium, recognizes that the current lack of comprehensive nondiscrimination protections for the LGBTQ community needs to change.

But if we turn to the institutional Catholic Church, we’ll find a different story, with the church actively opposing such legislation. In March 2019, when the Equality Act was introduced to Congress, and again in May 2019, when the act was approved by the House of Representatives, the United States Conference of Catholic Bishops (USCCB) immediately wrote strongly worded letters of opposition and disappointment to Congress.

Not surprisingly, it appears that state conferences of Catholic bishops, such as in my home state of Florida, have fallen in line and opposed comparable proposed legislation at the state level.

But it seems that the church has allowed itself to be dragged down into the weeds of this highly polarized debate about religious liberty protections in different pieces of legislation. It seems it has lost sight of its role in the big picture, namely, proclaiming the moral vision and values of the church with respect to discrimination against the LGBTQ community.

As I follow church statements on this topic, I wonder what has happened to the church’s belief in the value and dignity of every human being as divinely revealed in the gospels. What has happened to the church’s long-standing teachings on social justice and equal economic opportunity, teachings that apply without exception to all individuals? Shouldn’t those core beliefs be the starting point and guiding principles in any discussion of discrimination and human rights with respect to economic matters?

While church statements like the March 2019 letter to Congress include declarations of the church’s desire to eliminate unjust discrimination in society, the bottom line has been consistent opposition to any legislative efforts to eliminate unjust discrimination toward the LGBTQ community, and there has been no indication of any real desire to see such legislation passed.

For more than 100 years, Catholic social teaching has affirmed the dignity of work, the rights of all people to equal opportunity and fair compensation, and the rights of people to support their families. These are the kinds of rights that legislation like the Equality Act intends to protect for LGBTQ individuals.

From Pope Leo XIII’s groundbreaking encyclical Rerum Novarum (On Capital and Labor) in 1891 to more recent affirmations of this message by Sts. John XXIII and John Paul II, the church has clearly and consistently supported the rights of all people without exception to equal opportunity. In the United States, the church has supported and honored activists for worker dignity and human rights, from Dorothy Day to Martin Luther King Jr. to Cesar Chavez.

But when it comes to the LGBTQ community, it seems there are more important concerns to many in the church than the human dignity of a gay or transgender person or their right to life in a just society with equal economic opportunity. If people of faith and goodwill are truly committed to the just treatment of all people—which is entirely consistent with and mandated by Catholic teaching—then we should be working together to pass equality legislation, not finding excuses to oppose it and allow discrimination to continue.

We should be putting our common foundational belief in the dignity of every human being first, rolling up our sleeves, and getting to work on crafting acceptable nondiscrimination legislation.

Last year, in observance of the 50th anniversary of the death of Martin Luther King Jr., the USCCB issued a statement that said: “On this day, as we reflect on his life and work, we need to ask ourselves if we are doing all we can to build the culture of love, respect and peace to which the Gospel calls us.” When it comes to building a culture of love and respect for the LGBTQ community, I’m afraid the honest answer of the Catholic Church to that question would have to be “no.”

I hope and pray that we as the church can rediscover and refocus on our gospel-based commitment to a just society, that we will sincerely and prayerfully reconsider what our priorities in the public square should be, and that we will simply do the right thing by cooperating in efforts to ensure nondiscrimination in employment and other economic matters for all God’s people.

On a final personal and pastoral note, if you are a person of faith who opposes nondiscrimination protections for the LGBTQ community, let me make a suggestion. Consider how you would explain to a gay or transgender person why you oppose LGBTQ nondiscrimination legislation when the church believes in the value and dignity of all human beings and has fought for the basic human rights of all other people without exceptions. I want you to think about what you would say if you had to sit down with my transgender daughter, look her in the eyes, and explain to her why you think she shouldn’t have the same legally protected human rights and opportunities in life as other people.

And while you’re at it, you might want to give some thought as to what you would say if that were your own son or daughter sitting across the table from you.

Deacon Ray Dever is a permanent deacon in the Diocese of St. Petersburg, Florida, as well as a husband and father of three daughters. He has a graduate degree in theology from St. Leo University and is a frequent speaker and writer on issues of faith in the LGBTQ community.