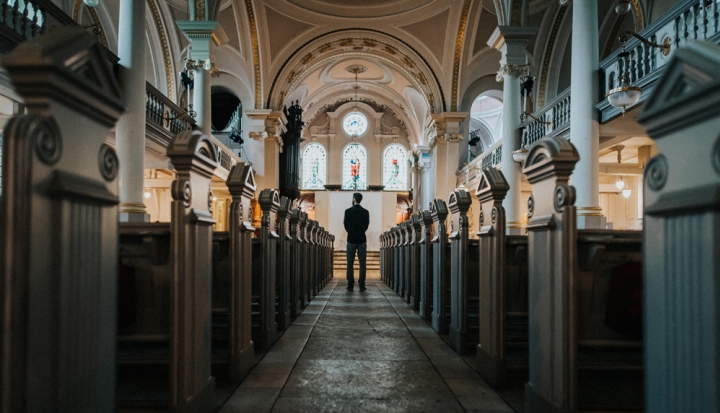 As the director of faith formation at a Catholic parish, I’m frequently asked questions about the logistics of the sacraments. Can I miss the confirmation service and still be confirmed? Do I need to prove I’ve gone to confession to receive the Eucharist? Can I doubt my faith and still partake in the sacraments? While these inquiries are easily answered (no, no, yes), I trip over my words every time I’m asked, “What does it mean to be a Catholic in good standing?”

Canon law lists the precepts of life as a faithful Catholic, including honoring the Lord’s Day and holy days of obligation, participating in the sacrament of reconciliation at least once every year, receiving the Eucharist during the Easter season, fasting on Good Friday and Ash Wednesday, and supporting the material needs of the church. The Catechism of the Catholic Church expands on this list by saying that these acts are “set in the context of a moral life” and are “nourished by liturgical life.”

Although it may seem straightforward, there’s a lot of room for interpretation in the phrase the catechism uses to frame this list. What, after all, does it mean to live a moral life? It could mean following the moral teachings of the church, including obeying the commandments, following Jesus’ teachings, and abiding by centuries of doctrine developed by popes and bishops.

I’m not so sure, however. Are we not in good standing if we occasionally swear? What about if we fail to pray for our enemies? Or if we support the marriages of our gay friends? By these standards, many of our canonized saints, ordained clergy, and other religious leaders fall outside the box of good standing.

The question of moral teaching is also complicated by the fact that it changes. Cardinal John Henry Newman wrote, “We shall find ourselves unable to fix an historical point at which the growth of doctrine ceased and the rule of faith was once and for all settled.” At one point, the church condoned slavery. Does that mean that one day being a Catholic in good standing meant supporting the slave trade, and then the next day opposing it? Will someday the same be true of say, using contraceptives?

Besides the fact that providing a straightforward answer to this question is easier said than done, maybe our status in the church shouldn’t be relegated to following the rules, to checking boxes of what we do and don’t do. God doesn’t work like that, so the church shouldn’t either. Maybe the best answer to the question of good standing isn’t an answer at all, but instead more questions. Do you desire to love God with all your heart, mind, and soul? Do you try to follow Jesus every day? Does being a part of the Catholic Church buoy you in these efforts? As far as I’m concerned, an earnest yes to these questions should be enough to make anyone good in the eyes of the church. 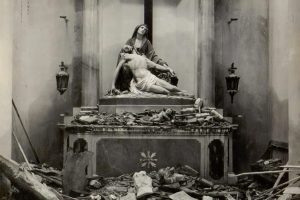