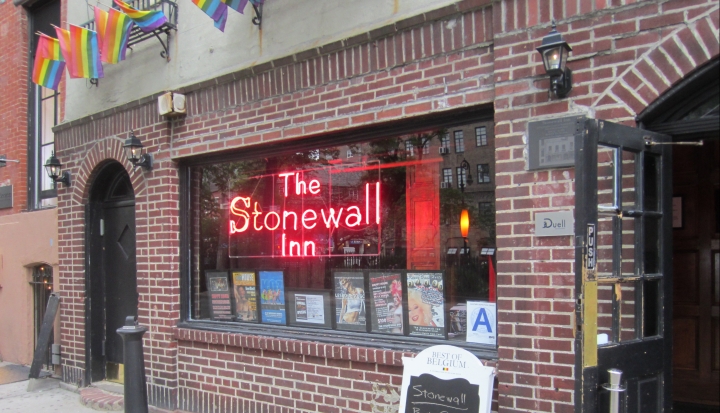 The Stonewall Inn of New York sits in a quiet part of an often bustling city. Its interior and exterior are rather nondescript. Other than a commemorative plaque in an adjoining small park, there is nothing that marks its historical significance. Yet events here 50 years ago are regarded as the catalytic beginning of the modern gay rights movement. Street protests and demonstrations against police harassment—led by the more marginalized members of the gay community, including transgender persons and persons of color—fueled a demand for “gay liberation” and inspired more comprehensive struggles against social stigma and for equal justice, recognition, and acceptance.

Few could have predicted the far-reaching consequences of what unfolded the night of June 28, 1969. For example, I doubt that the participants in those demonstrations could have imagined that over the course of the next 50 years their activism would lead to gays and lesbians serving openly in the military, the election of openly gay and lesbian political leaders (most recently as the mayor of Chicago), the legalization of same-sex marriages, and the candidacy of an openly gay man for the presidency. The Stonewall events of June 1969 heralded a sea change in our understandings of sexuality and gender that are still continuing today.

This is why every June “Pride” marches occur nationally and internationally, marking not only the pivotal events of the past but also celebrating the existence of gay, lesbian, trans, and queer lives. Such celebrations make visible what was previously hidden.

LGBTQ Christians, including many Catholics, participate in these Pride events. For Stonewall’s legacy of social activism also impacts the faith community’s reflection upon homosexuality and relationships with LGBTQ persons in complex and complicated ways. The increased social visibility and acceptance of same-sex relationships pose major challenges to every branch of Christianity. Questions over the baptism of children of same-sex parents, the admission of openly gay men to the priesthood and religious life, the employment of openly gay and lesbian believers as school teachers or in positions of church ministry, the provision of health care services to transgender persons, and the pastoral care of LGBTQ young people in our catechetical and sacramental programs: all of these are flashpoints for unresolved tensions in the Catholic community’s engagement with the profound mystery of human sexuality.

These tensions were publicly manifested during last fall’s Synod on Youth. There the assembled bishops grappled with how to relate to young people who have come of age in societies of increased sexual diversity and visibility. The Synod’s preparatory documents used the acronym “LGBTQ” for the first time in official church statements, yet some bishops questioned that move, wondering if it was the prelude to endorsing behaviors the church has regarded as immoral. The Synod ended with a call for deeper study of human sexuality in all its dimensions—a move that was greeted with both cautious optimism by some who hope for significant change and uneasy wariness by others who fear an erosion of traditional beliefs.

Perhaps Stonewall’s lasting legacy is the conviction that all people, regardless of gender identity and sexual expression, are equally human and possess fundamental human rights. This is a value shared by Catholic social teaching as its own bedrock conviction. This is why many Catholics publicly participate in Pride events and maintain membership in the church as their faith community wrestles with the implications of that fundamental belief for its relationship with LGBTQ persons.