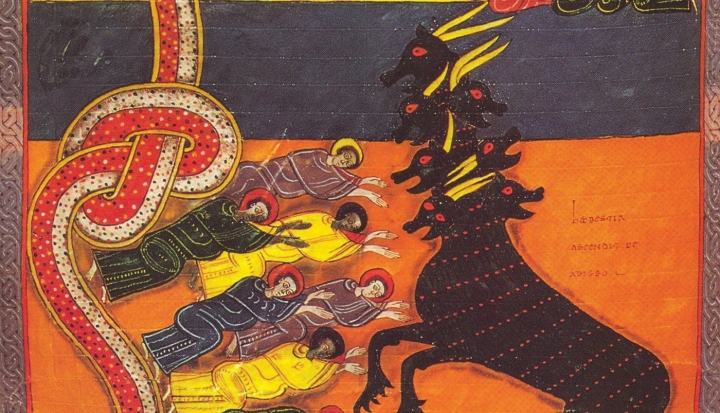 I’m bone tired of it, as you are. This persistent season of betrayal and reproach under which our church currently labors. Relentless revelations of clergy preying on children and bishops moving abusers around is a gnawing ache in the soul of every Catholic—as it should be.

That we created this monstrous disgrace is without question, collaborating in silent support of the institutional unaccountability that permitted predators to strike and children to suffer, bishops to keep secrets and laity to imagine the church operating on benign autopilot while we dutifully kept our attention on the marketplace. Our present communal suffering is nothing compared to the horror thousands of children underwent for a generation and the adults they became still endure.

Pope Francis asks us urgently to pray and do penance. This we must do as we seek healing for victims, forgiveness for perpetrators and abettors, and a way forward for the whole community of faith, which we love and in which our confidence has been so profoundly shaken. Prayer and penance is a beginning, just as zero tolerance and safety protocols were necessary first measures institutionally. But if all we do is pray and adopt protocols, we build a weak fence around the beast that caused such excruciating harm.

Things must change. The church must change. That’s a more difficult proposition to face than embracing a few new regulations in our parishes or requiring all church personnel to have background checks. The majority of folks being fingerprinted right now to keep our kids safe are not the problem. The problem is how our structures operate: how power is utilized, where information goes, and who gets to say.

In all of this we sense the shattering of millennia of conventions surrounding the religious enterprise. From the earliest shaman who painted on the walls of a cave to invoke unseen powers to the modern rabbi, priest, or imam interceding for the community, the divine mystery has been mediated with a generous cover of mystique concealing its chief operators. The current unmasking of so many leaders—in my home diocese of Harrisburg, Pennsylvania alone, the number comes to 71 priests, of whom eight I knew personally—makes us groan with all creation for the end of this shame and disillusionment.

If this present generation of the church harbors apocalyptic overtones, it’s not the first.

Not to diminish the outrage many of us feel at this time, but a half-century ago a lot of people felt the same way about the Second Vatican Council. The bedrock of Catholic tradition was being jack-hammered away by theological thugs in the minds of many churchgoers (and some of their pastors) who didn’t appreciate the most immediate and obvious effect of the Council: the passing of the universal Latin Mass. Religious leaders had seemingly betrayed their people, stripped them of the beauty and authenticity of the Tridentine church to which they’d entrusted their relationship with God, no less.

Mystique was under assault as many parishes put their censors in storage, hauled away statues, and banished beloved traditional devotions. Meanwhile, nuns were wearing perfume, Father showed up at parish picnics in a T-shirt, and bar band guitars invaded choir lofts. Suddenly we were “hearing” Mass in English or Spanish or French, vulgar languages that poorly encapsulated our holiest intentions. The angels themselves must have covered their ears while the faithful fled in droves.

These are very different circumstances, of course, but the effect is similar: trust is shaken, outrage is fierce, leadership is suspect, and the faithful feel compelled to exit what is no longer the church to which they’d committed their hearts.

But this is part of a society-wide sense of disillusionment in this generation. In recent decades we’ve learned not to trust our banks or the economy, which could unravel in sudden recession and take our nest eggs along with them. Meanwhile our food industry pumps us full of harmful additives at the least and salmonella at the extreme. Our local water supply may be poisoning us. Our medical establishment prescribes opioids that enrich Big Pharma and enslave our loved ones. The weather is no longer a benign passing phenomenon. Government leaders, we fear, have abandoned any pretense of concern with the common good in favor of their own best interests.

Some of us are feeling not a little apocalyptic about our chances of surviving this century. Which makes it important to recognize that the original inventors of apocalyptic scenarios weren’t just spinning destruction sequences. They were more greatly invested in the restoration to follow. If heaven and earth as we know it are in the throes of passing away, we might turn our attention more profitably to what may take their place.

First-century John of Patmos wouldn’t have given a fig for his generation’s chances. His Book of Revelation assures us that the society he inhabited stank so bad, the only salvation one might hope for is that the entire empire be dissolved. But surely John’s critique was aimed at the sick society of affluent and worldly Rome and not at the church.

Chapter 1 of Revelation offers a quick review of what John thought of his present-day community of faith. In many respects he saw it as part of the problem and not the solution.

John addresses his writing to the “seven churches”—a number representing the fullness of an idea, the whole church. Two of the seven communities, Smyrna and Philadelphia, get a pass in his estimation. Ephesus properly hated all the right evils but had lost its capacity to love anything. Pergamum and Thyatira too easily trotted after errant teachers. Sardis was declared effectively dead as a community. Affluent Laodicea had become lukewarm in its faith. Christians there preferred to perch at the edge of religious practice, cheerfully convinced it would be enough. To John, Laodicea’s offense was the greatest of all. God might endure those who embraced or rejected the gospel honestly but not those who went through the motions of religion while their actions made their faith a mockery.

We can debate which of these early errors of the church are the greatest problem in our time. But the solution remains the same for us as for John. The beast must be eradicated, not simply confined. The battle must be engaged, not avoided till the next period of crisis erupts. The church must change: not once, not seven times, but perpetually until all that is worldly about it—about us—is burned away.

If our religious institutions presently bear the tendency toward the same protection of privilege as our secular institutions, it’s no accident. The church that once confused the mystique of its leaders with the mysterium tremendum must pass away. But let’s not be unmoored by the idea that there’s an end-of-the-road for iterations of church. Scripture tells us all things pass away but faith, hope, and love. What doesn’t promote these theological virtues, which have God as their focal point, can be cheerfully consigned to history.

The church changes. We gave up hushed worship in catacombs for official respectability in basilicas. We exchanged a politically grasping, territorially driven papal court for the neat contours of Vatican City. We stopped condemning non‑Catholics to hell in order to work with all people of good will. This present-day apocalypse is alarming; we do well to take it seriously. While we may be weary of scandal and wish to return to a lost innocence, we should kiss that fantasy goodbye. Then we can roll up our sleeves, clear the wreckage, and trust in God to make all things new.