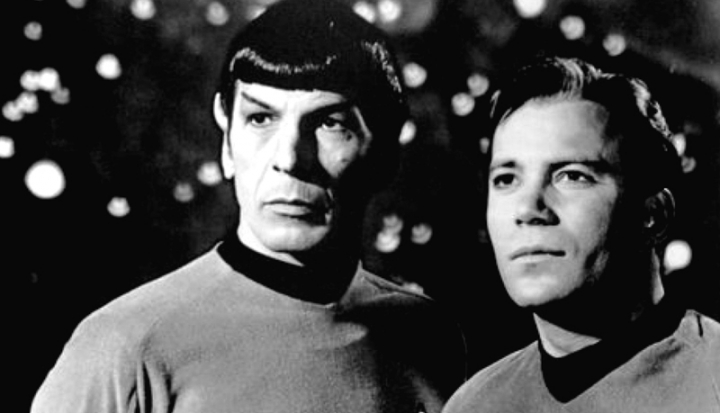 In the late 1960s my boy cousins were all about Star Trek. This was frustrating because, for the three years the show was on the air, our play would be unceremoniously interrupted once a week as my cousins dashed off to be with Kirk and Spock instead of me. (Note to younger readers: “On the air” refers to the way television viewing once operated. You could only watch a program when it was broadcasted and not whenever you felt like it.)

These days, you can view the entire original Star Trek series in a three-day Netflix marathon if you’re willing to forgo sleep. And if you’re into the completion thing, you can enjoy the sequel The Next Generation, the prequel Star Trek Enterprise, the spin-off Deep Space Nine, the more radically spun-off Star Trek Voyager, and the contemporary Star Trek Discovery. Not to mention movies, an animated version, books, games, conventions, and people who learn to speak Klingon for fun. Fans of this sci-fi universe are relentless.

Did I mention the Bible has been translated into Klingon?

I’m not dissing the Trekkie community. What’s been called a space opera media franchise has become a virtual future where some folks, frankly, prefer to live.

It’s imprecise to describe the Final Frontier of Trek-dom as safe—full of curious, sometimes threatening life forms as it is. Yet the Trek world has the advantage of being wonderfully predictable. You can absolutely count on the senior officers of your ship to get you through intergalactic catastrophes, time travel, alien romances gone awry, even death many times over. You can also rely on whoever’s running sick bay to find a cure for anything that disrupts your DNA and scatters it hither and yon.

But the most fundamental and reliable aspect of the Star Trek universe is the Prime Directive. Love it or hate it, you know that “noninterference with the destiny of other worlds” is the lens through which all situations will be assessed and addressed.

So let me explain something to folks who’ve avoided this show and science fiction as a genre.

These intrepid crews of the United Federation of Planets who trek through the stars consider themselves scientists. But they’re really more like witnesses to interstellar cultures unfolding in endless variety. Their aim is not to proselytize, instruct, judge, or persuade.

Starship crews are supposed to pass through space and time, take it all in alertly, and not touch anything, like well-behaved children in a china shop. That’s what the Prime Directive insists you do: leave everything the way you find it and pack out your trash as you go.

The Prime Directive is an elevated and elegant ideal. The universe is full of magnificence and mystery. Any mortal one of us is too infinitesimal to preside over its vastness with our subjective scolding and condemnation. The Prime Directive is a profoundly respectful way to travel through time and space—even if you never leave this planet.

Each generation of starship captains extols the beauty of the Directive, giving rapturous speeches about its timeless relevance and superiority over other moral doctrines. The Prime Directive is preached as vigorously as any gospel through the galaxies.

Yet as all fans know, the best episodes of Star Trek are when its characters dump the Directive and get their hands dirty in history, their own or someone else’s. The bull is now in the china shop, as humans are snatched from the past and recklessly transported into the future or vice versa. Valuable bits of future technology are routinely dropped into the hands of more primitive forbearers, creating a sorry mash-up of the time-space continuum. If you ever wonder why your day suddenly goes to pot, you can probably blame some future starship’s reckless trip around the sun for the chaos.

The Prime Directive is great—except when it isn’t. Sometimes it’s necessary for the superior powers with their advanced understanding to wade into the waters of time and place and rescue the locals from themselves. Especially if the locals happen to include people they love.

This flexible perspective on the Directive might explain the theological tension between the free will of human beings and the divine interference in history posed by Jesus. Didn’t God create everything and then let us go to pursue our free destinies? Sure. We may eat of the tree or not. We may observe the Ten Commandments, or only two, or none at all. We may love one another or demolish one another. We may choose to serve the one God or many gods or just ourselves.

In the full bliss of freedom as we navigate history, God may seem to sit above or beyond our choices like a benign witness, not interfering in our decisions no matter how unnerving and self-destructive they may be. Until.

That moment of “until” happens on the apparent margins of events. After Cain commits the first murder, for example, God marks the assailant for protection from retaliation. While brooding clouds gather over the primeval sky, God initiates a nautical conversation with Noah.

Do we remain free? Yes. Does God meddle with our physics and mess with the time-space continuum? From time to time it would appear so. God gives babies to plenty of women and men who, by nature, shouldn’t have them. God restores superhuman strength to the blind and broken Samson so that he might taste a final justice. If God is sitting on any kind of Prime Directive in regard to human freedom, it certainly can’t be described as “do not interfere.”

And then, of course, there’s Jesus. From the incarnation on, Jesus is the ultimate bull in the china shop of history. We’re not just talking about that business on the Temple grounds when Jesus takes control of the sanctuary. Cooling fevers, cleansing lepers, casting out demons, liberating the paralyzed, restoring lost senses, forgiving sinners, and returning them to the community? Jesus seemed content to interfere plenty with the destiny of others. And not always on request, as once or twice Jesus grabs a sick person and heals him to prove a point to a third party. Imagine the shock.

Others, naturally, follow their own Directives. The Twelve are mostly in the game as patriots with hopes of potential greatness—and are quickly out of it when they stand to lose everything. Peter discovers, to his shame, that his Prime Directive is self-preservation. Judas is either in it for the money or for some ideology that Jesus fails to live up to from his perspective. Pilate, Caiaphas, and Herod pursue power. Stealth disciples such as Nicodemus are directed by caution and safety, unwilling to risk too much.

Does Jesus reveal a Prime Directive of his own? In his encounter with the devil in the desert, all choices come down to one: to be loyal to his Father or to go to the devil. The devil offered every worldly honor and authority—for the price of slavery. Being true to his Father would be a hard road of humility and submission, false accusation and bloody execution. And when it was over, nothing in human history would be as Jesus found it. Except our freedom to make our own fateful choices. 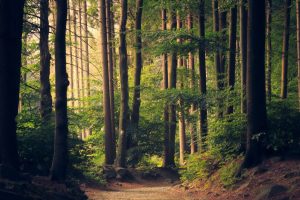 In ‘The Hidden Life of Trees,’ forests are family, too