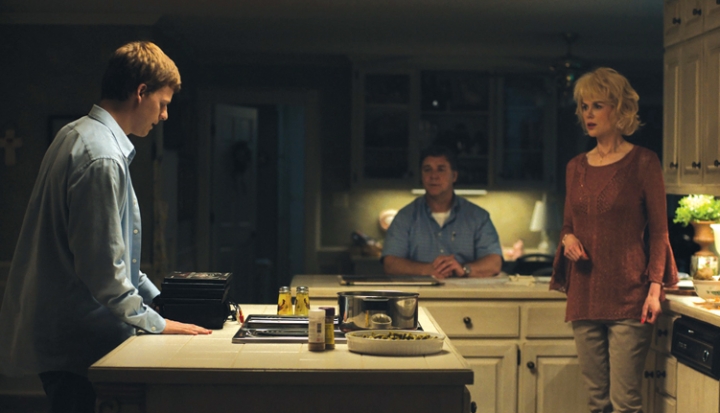 You know there’s something in the air when two movies on the same topic hit the theaters within a few months of each other. That’s what happened last year with two films about gay teenagers whose evangelical Christian parents send them to “conversion therapy” programs to become heterosexual.

First came the indie film The Miseducation of Cameron Post, which won the top prize at last year’s Sundance Film Festival. It was released in August and, at this writing, has gone to most of the usual streaming services. Then three months later came the Hollywood production Boy Erased, with proven stars Nicole Kidman and Russell Crowe playing the parents.

In the wake of the Supreme Court same-sex marriage decision, a cinematic crusade against gay conversion camps might seem like beating a dead horse. But I can attest that there are still corners of America where the fact that homosexual orientation is not a matter of choice needs all the affirmation it can get. This is especially true for young people who are still bullied and harassed in schoolyards where a Hollywood movie will carry more weight than a Supreme Court decision.

Boy Erased, set in small-town Arkansas, is based on a memoir by Garrard Conley, who, in 2004, was sent to a “conversion therapy” center. Its depiction of the program’s tactics can be taken as factual, and the picture we get is grim. Clients are yelled at, accompanied to the bathroom, beaten with Bibles, and forced to make videotaped confessions of their sexual sins.

Conley’s alter ego in the movie, Jared, is a believing Christian who sincerely wants the conversion program to work. But he’s also a smart kid who is put off by the program’s simplemindedness and the multiple spelling errors in its printed curriculum. Jared’s complete disillusionment with the “therapy” comes when he is pressured to confess things he has never done and to yell out his hatred for his father, whom he genuinely doesn’t hate.

Cameron Post is an adaptation of a young adult novel, but its depiction of a teenaged girl’s conversion therapy is consistent with Conley’s. Both sets of young people are given writing assignments aimed at rooting out the alleged causes of their sexual orientation and are forced to conform to rigid gender stereotypes. Despite some positive reviews, Cameron Post came and went from theaters pretty quickly, and, while its young actors certainly bring it to life, the movie has a simplistic misunderstood-teenagers-vs.-villainous-adults mindset that reminded me of those made-for-TV after-school movies of yore.

Boy Erased, on the other hand, never goes for the easy cliché. In fact, the most surprising thing about the movie is the genuinely sympathetic and respectful treatment given to Jared’s parents and especially to their evangelical Christian faith. We see them as fundamentally good and loving people. The father owns a Ford dealership, preaches at his Baptist church on the weekends, and is plainly a product of his time and place. But there is nothing violent or hateful about him. Kidman, as the mother, shows us her inexpressible spiritual anguish, first at her son’s homosexuality and, eventually, at the abusive nature of the conversion program she helps him escape.

Near the end of the movie, Jared’s mother says of her faith journey: “I love God. God loves me. I love my son.” Those affirmations are the only certainties she can muster, and the preacher-father is clearly, in his own way, struggling to square that same circle.

Their dilemma is one that may be felt by many Christian parents, and on a larger scale it is a dilemma facing the Catholic Church. Unlike the Baptists depicted in Boy Erased, who have only those few well-known Bible verses about homosexual activity to go on, Catholics have access to reason and tradition that have allowed the church to acknowledge the fact that same-sex attraction is not something that can be changed.

The church’s teaching on homosexual activity can’t easily be written off as an ignorant manifestation of anti-gay prejudice. After all, the same catechism also tells us that people with a homosexual inclination “must be accepted with respect, compassion, and sensitivity” and that “[e]very sign of unjust discrimination in their regard should be avoided.” Instead, the church’s teaching, painful as it is to many, is grounded in an understanding of natural law central to Catholic moral reasoning.

For several years now, Pope Francis has tried to open church doors to gay people as widely as possible while maintaining the core of the church’s moral teaching. That may have been an impossible undertaking from the start, but it’s even more difficult now as another clergy sex abuse crisis threatens to destroy the moral credibility of the church, especially on matters sexual, for years to come.

Of course, even a movie as well-made and thoughtful as Boy Erased can’t solve the mystery of human sexuality for anyone or any church. But that’s not a movie’s job. Its job is to show us the emotional truth and many-sided complexities of the human condition, and that this one does.