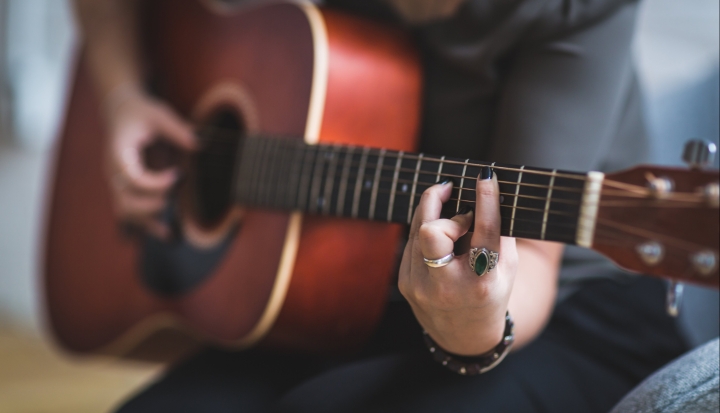 My family is best understood through our use of language. Weekly hour-long phone conversations. The notes I would throw down the stairs after I was sent to time-out when I was little: “Dear Mommy, I wasn’t trying to be a brat, I’m just really hot and I want a fan!” Books, thousands of which line the walls of my parents’ house. The words we use to share, to pray, to celebrate, and to fight.

But some of the most important conversations I’ve had with my family weren’t in words at all. And this is an important lesson I have learned: It’s not always verbal conversations that communicate meaning the best.

Take, for example, my dad. He’s an anomaly in this extended family of big talkers, and talk for him often seems utilitarian. Our phone conversations go something like this: “I’m outside, looking at the goats. The chickens are doing well. I planted some herbs in pots on the deck this year. I’m going to make lamb chops for dinner.” He’s not big on sharing feelings or deep conversations about God and the universe.

It took me a while to realize that it’s not that my father lacks language: He just has a different way of communicating. He shows feelings and consideration not through words but through actions. Like the time he drove four hours when I had mono to bring me clean towels and empty the cat box. Or how he and I cook Thanksgiving dinner together, bickering the whole time about the best way to cook a turkey.

The best conversations I’ve had with him have been through music. Even today, songs that we sang together when I was little bring tears to his eyes in a way that the most articulate piece of writing or moving emotional outburst cannot.

When I was a teenager, he and I would have huge fights. My mom would often lock us in a room together, saying that neither of us could leave until we (or, more often, I) apologized. She would come back 15 minutes or an hour later to find him teaching me a new chord on the guitar or both of us playing around on my violin. “Did you apologize?” she’d ask. And we’d tell her, “Yes …”

But really, there were times when we never actually got around to saying “I’m sorry” to each other. Instead, the music let us communicate. In a situation where a verbal apology would have been lacking at best, and forced at worst, playing music was our way of telling each other that we loved each other and that, despite being very angry at each other, we could work together to create something beautiful.

That’s not to say that people who hurt each other shouldn’t apologize or that the entire world should forgo verbal dialogue in favor of open mic nights and guitar lessons. But there are times when words fall short and when actions speak louder than words. At these times, perhaps there are other ways to share with one another what’s in our hearts and other kinds of conversation to speak the truths that need to be said.

This essay is part of a series of reflections on conversations that left an impact on the authors’ lives. You can read the rest of the essays here. The collection also appears in the January 2019 issue of U.S. Catholic (Vol. 84, No. 1).