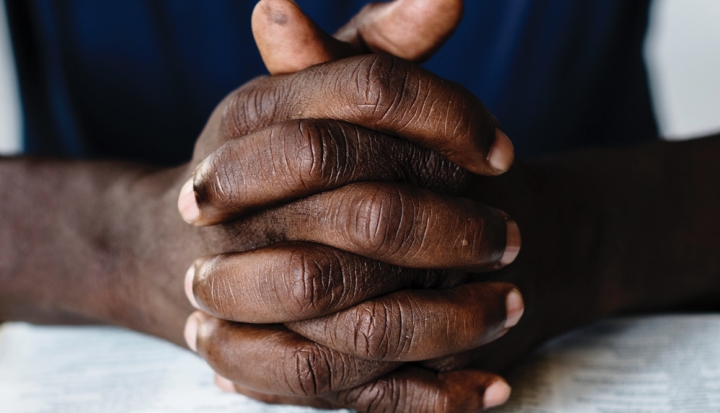 Recently, I had the privilege of having a conversation with Michelle Alexander, author of the influential book The New Jim Crow: Colorblindness in an Age of Mass Incarceration (The New Press). One of the country’s foremost commentators on racial justice, Alexander argues that mass incarceration is but an updating of the racial regimes that thrived first during African enslavement in the colonies and on through the era of systemic racial segregation and disenfranchisement. That is, through our criminal justice and penal systems we have re-created the systems of racial caste and control that have long marked our nation. Her book is a very sobering portrayal of our social reality.

Yet what made the evening especially memorable is that while Alexander is a lawyer by profession and training, she left her law practice to enroll and teach in a seminary. I asked why she would leave a lucrative (and socially prestigious) occupation to pursue religion and faith. She responded that she came to realize that while legal strategies and policy changes are essential tools, they are insufficient for dealing with the scourge of racism. She declared that the problems facing the nation can be resolved only by going where the law and social analysis cannot take us. The solutions to our social ills, she believes, lie in the realm of the spirit.

Her answer strongly resonated with me. The deepest reason I chose to become a Catholic ethicist who focuses on racial issues stems from my understanding of racism. There are many ways to understand racism: as a political issue, a sociological phenomenon, or a cultural divide. But for me, at its deepest level, racism is a soul-sickness. It is a profound warping of the human spirit, one that enables human beings to create communities of cold, callous indifference to their darker sisters and brothers. Stripped to its core, racism is that disturbing interior disease that enables people to not care for those who don’t look like them.

I am convinced that as necessary as changed social practices such as better police training and body cameras may be, and as important as a vigorous enforcement of civil rights laws is—these will be limited and even ineffective without a deeper conversion, without a healing of the soul, without what Martin Luther King Jr. called a profound “revolution of values.” That is, we must attend to the deeper recesses of the human spirit that are the realms of religious faith and spirituality.

It was powerfully moving to engage Alexander in such a conversation. But then a disheartening realization came. There were more than 700 mostly first-year undergraduate students present at this event. As the moderator, I asked who among them had heard a homily that addressed racism as a sin or a spiritual challenge in their church, synagogue, temple, or other place of worship. Very few raised their hands. Michelle was disappointed. I was as well. But I was not surprised. This data is consistent whenever I ask this question, and it attests to the active avoidance of this issue on the part of most Christian leaders and certainly in the Catholic Church.

Sadly, the faith community and its leadership, with few exceptions, keeps silent, even as national leaders play upon racial fears, stoke racial resentments, proudly proclaim that they are nationalists, and openly consort with white supremacist organizations.

Our nation recently inaugurated a new Congress, a divided body that mirrors the social fissures and racial divides that scar our country. It reminds me that policy alone cannot heal these wounds. Nor can we redress white nationalism and white supremacy through legislation alone. These evils require responses that engage the soul. This is the essential contribution that our faith can make.

A reflection for the eighteenth Sunday of Ordinary Time