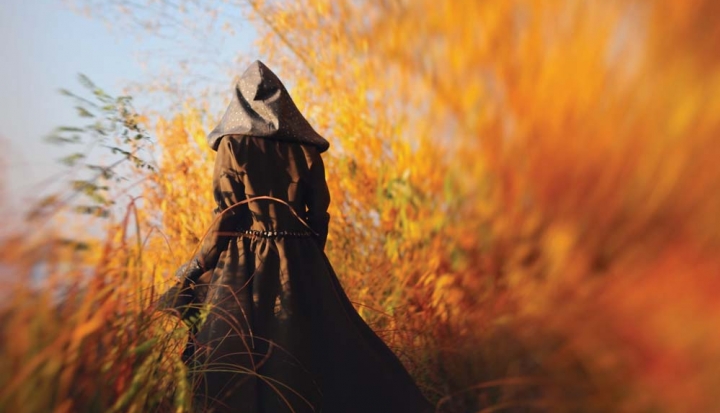 A combination of disbelief, mockery, and genuine concern for the souls of those who might claim such a label populated a friend’s Facebook thread when he referenced a rise in Christians who also identify as witches.

This is a contradiction of terms, isn’t it? The Bible explicitly condemns witches, one commenter replied. (In truth, no equivalent word for witch, derived from Old English, exists in Hebrew, so what the Bible condemns, in various places, is more properly translated as sorcery, divination, and/or mediumship.) Still, as early as Catholic grade school I learned to equate witchcraft with tarot cards and Ouija boards—all feared as portals to the demonic. To be sure, Wicca, a religion founded in 1954 by Gerald Gardner, was mixed into the same scary stew as the Salem Witch Trials and the green-faced Wicked Witch of the West.

In the popular imagination, the word witch has become so elastic as to encompass all of the above and then some. But really, there’s only one thing we can all agree about a witch: She’s a woman.

And women are reclaiming the term in so many different ways, it likely doesn’t mean to them what most Catholics think it means.

“They may not all recite spells or worship a moon goddess,” writes Kate Guadagnino in the New York Times, “but at a time when misogyny is rampant and women’s rights are on shaky ground, they relate to the witch as a feminist symbol. A witch, after all, is a woman with power.”

In the era of #MeToo, the badge of “witch” is inspiring artists, pop stars, and entrepreneurs who claim it as a mark not of evil but of women’s wisdom, creative power, and self-agency. And yes, despite the well-known spiritual dangers of dabbling in any sort of occultism or practical magic, some of these witches also identify as Catholics.

In 2018 we saw the reboot of Suspiria, a 1977 horror film about a dance company that is really a murderous coven. On Neflix, Sabrina the teenage witch came back to the small screen, and this time she was “chilling.” Taisia Kitaiskaia and Katy Horan published Literary Witches, a collection of visionary women writers whom the authors deemed “figures of formidable creativity, empowerment, and general badassery.” Virginia Woolf, Mira Bai, and Toni Morrison were among those included in this “coven.”

The #instawitches took to social media as e-commerce purveyors of hoodoo spellwork, healing crystals, and herbs. Makeup giant Sephora even got in on the trend, stocking a “Starter Witch Kit” with tarot cards and sage until witches called this religious appropriation and the company withdrew the product and apologized.

In a sense, “witchcraft” has been repackaged as a feel-good hobby, the natural convergence of self-care, green living, and new age spirituality, a slide down the slippery slope from the multi-level marketing of essential oils among Christian women to ordering hoodoo spellwork on the internet. But I suspect it also expresses a much deeper spiritual wound.

Among Catholic women, in particular, I see, at best, ambivalence to the male church hierarchy in the wake of so many disturbing revelations of abuse. We feel betrayed by those we trusted to lead us when we were not permitted to lead. With the wisdom of these men now called into question, we look to the wise women of history—so often dismissively, dangerously labeled “witches.”

“We are the granddaughters of the witches you weren’t able to burn,” read a sign at the Women’s March in 2016. Catholic women might hold up a sign that says “we are the children of Joan of Arc,” who was condemned a witch and sentenced to death before she was ever declared a saint.

In times of extreme anxiety, we turn to religion for comfort. Studies have shown healthy spiritual practice can be as effective as pharmaceuticals for calming anxiety. Columbia University psychologist Lisa Miller, who studies spirituality in children, has argued that each of us has “an innate capacity for transcendence.” She believes religious faith traditions, at their best, are “an embrace of this innate spiritual faculty.” But her research has shown that organized religion can be destructive to mental health when it contradicts something she calls “heart knowing” or “intuition.” In those cases, we may seek other avenues of protection for ourselves and those we love.

Maybe this is at the heart of why some Christian women, at this particular moment in history, are seeking alternate and even potentially dangerous spiritual paths. We are no longer willing to deny our gut feelings, that “heart knowing” that told us the truth when those who were in power did not.

Women are seeking spiritual practices and traditions that respect their intuition, wisdom, creativity, and leadership. And many of them are surprised to find it a short leap from St. Brigid, Catholic saint, to Bride the folkloric Celtic goddess, or from St. Hildegard of Bingen, the doctor of the church and expert in folk remedies and animal omens, whose Physika looks strikingly like a witch’s grimoire, to the modern day Christian insta “witches” who are lifting these women up as their heroes.

Advertisement
TagsBooks and literature Culture in Context Women in the church