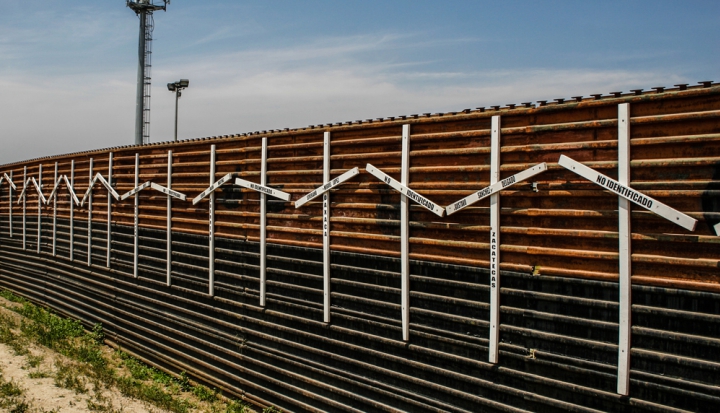 I was born in a household of 10 people: seven siblings, my parents, and me. Growing up in rural Mexico, my parents never went to school. A few years after their marriage, they moved to the city so they could give their children an education; by this they meant seeing their children graduate from ninth grade.

In eighth grade we were invited to consider whether we were going to attend trade school or go on to preparatory school after secondary school. Even though I was only 14, I did not take lightly this decision. I realized many of the young men in my neighborhood stopped their education after elementary school, and many were involved in drugs and gang activity. My older siblings struggled to go to college because there was no money for their tuition. My future in Mexico seemed grim and unpromising. But from a very young age I was a dreamer. I dreamed about a meaningful life. I dreamed about becoming someone relevant to society. Very intuitively, I knew that whatever I did after ninth grade would shape the rest of my life.

By this time I had grown to be a teenager with a strong faith. My mother’s faith and spirituality, expressed by her life devoted to Dios Nuestro Señor (God, Our Lord), rubbed off on me. In the face of an uncertain future and the anxiety that this produced, I turned inward in conversation with God. I did not know what I was supposed to do after secondary school, and I prayerfully asked God for clarity.

In my ongoing conversation with God I began discerning the idea of migrating to the United States. I felt scared about the possibility of leaving everything behind—my family, friends, and the life I knew—but in my spirit and in my gut I was sure that this was the answer I was asking for.

I came to the United States carrying only a backpack with a change of clothes and two prayer cards that my mom had given me. That was what she wanted me to bring with me—my Catholic faith. In the Abrahamic religions, the exodus is not only a story of migration; it is also the journey of faith of a people who discern and seek to do God’s will. Similarly, when I left Mexico 18 years ago my immigration journey and my faith journey became one and the same.

My abuelita, my father’s mom, introduced me to the Catholic faith at a very young age. Growing up in the city of Uruapan, Michoacán, my grandma came and stayed in our house for years at a time. When my grandma was in our home, we loved to be around her. Every morning we would run to her room to be taught how to make the sign of the cross properly and to experience my grandma pray and commend her day to God. When I was 6, she even brought me with her to the rosary group at Santa Cruz (Holy Cross) church. This prayer group gave me for first time an experience of church not only as a spiritual place but also as a social and communal one. I also started serving as an altar server in that same church when I was 9 years old.

To help educate me about my faith, my mother talked to me at a young age about my baptismal godparents. She explained that in our Catholic tradition godparents commit to helping the parent of the baptized raise the child in the Catholic faith and to care and provide for the child in case the parents die.

My mom’s explanation proved true because, when I arrived in Texas, my godparents embraced me, opening their doors and providing for me as one of their own children.

In Texas, we went to Mass every Sunday as a family, which was new to me. I can only remember one time that my parents, siblings, and I went to Mass together. After a few weeks, my godparents told me that I was to help out in the church, so I decided to become a lector at the Spanish Mass that we attended.

I enjoyed being a lector during Sunday Masses because after my struggle during the week communicating with people and trying to adapt to a new education system, reading scripture in Spanish strengthened my self-esteem. The experience of being a lector helped me to believe that at least there was something I could do well, something I could share with people. This belief lifted my spirit. Two years after becoming a lector, I also became a catechist, which gave me the opportunity not only to teach but also to learn more about my faith.

My high school years in Texas were the toughest of my life. More than once I felt I did not belong and did not want to be there. Being away from my parents in Mexico, a new language, and the process of cultural adaptation weighed heavily on me. Nevertheless, all that time the church provided a safe space where I could use my gifts and talents to help others, a place where I belonged.

Christian discipleship involves answering God’s call and witnessing Christ to the world to all people, everywhere, and at all times; it also often implies moving beyond our comfort zone, namely crossing borders. Joseph Mariano, a mentor who has had a meaningful impact on my personal and professional growth, often reminds me that in crossing borders we lose something and gain something; we give up something to get something. The fear of losing something is a challenge for those who, faced with God’s call to discipleship in any of its forms, have to cross borders.

Crossing the border from Mexico to the United States, I gave up social status, family, and a place where I belonged. I came to an unfamiliar place where I was a stranger, a place where I was referred to as undocumented. In a society that seems to define my worth and capacity to help others solely on my ethnicity and immigration status, God’s call to Christian discipleship is ever present to me. In crossing a physical border, my path has been enlightened by meaningful relationships, and my life has been enriched in many ways.

As Christians seeking to answer God’s call and witnessing Christ in the world to all people, we will, unavoidably, have to cross borders. Answering the call sometimes will require us to cross geographic borders. Other times we may have to acknowledge and overcome the fears that prevent us from actually acting as Christ would in the circumstances of our lives. For instance, we ought to stop to reflect on our attitudes toward homeless people, immigrants, or young people who may be members of a street organization. What are the borders we must cross to witness Christ in the margins of society?

As a disciple, I crossed a physical border to come to the United States. But I’m still constantly faced with borders in my life. For example, I never considered studying theology. I never thought this was an option for me. No one in my family or in circles of friends had even mentioned theological studies as a potential option. Despite that, this year I started my second year as a Bernardin Scholar at Catholic Theological Union (CTU) in Chicago.

Being a student at CTU is yet another border I have to cross. Do I belong in the field of theology and lay ecclesial ministry? What am I supposed to do with this training? Will I have enough money if I work for the church? It is uncomfortable because I am not sure what lies ahead. Giving some things up to answer my call to discipleship and moving forward is a calculated risk I have always been willing to take. I trust God’s plan for my life. I understand that in crossing borders we lose something, but, with God crossing with us, it is all the more we gain.

Fernando Rayas is the executive director of the Parish Peace Project in Chicago.