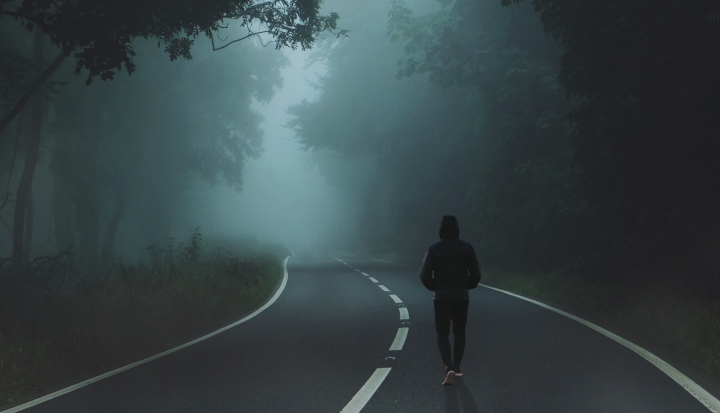 In recent weeks, many have felt the faith on which we built our lives shifting beneath us, no longer sturdy rock but treacherous sand. And the conversations happen, in person or online, furtively or with open anger: What do I do now? Can I stay in this church? Is this when I leave? Do I stay and reform? But how?

Sometimes in these conversations we are met with compassion. But we also encounter surprise, disapproval, even coercion. Some have been told our faith is insufficiently strong if we’re even thinking of giving up.

“Where else would I go?” some have said, echoing the words of Peter to Christ. And maybe these people have a solider faith than mine. Perhaps they’ve been granted some vision of redemption I’ve never seen. Because I keep wanting to answer, “I can think of a whole lot of places I’d go, actually.” I could see myself in a synagogue, rediscovering the ancient faith of my foremothers, where I have often found peace. Or in one of those Anglican churches with old-fashioned liturgy but social justice politics. I wasn’t always Catholic, after all. There’s a part of my identity and memory prior to the church.

It’s not really about where we would go, though. It’s that feeling of wanting out.

Where else would I go? Out the door. Down the road. Heading west. I have an image in my head of a few solitary silhouettes receding into the distance, and this takes me back to a story I used to teach every year back in my English-professor days.

“The Ones Who Walk Away From Omelas,” by Ursula K. LeGuin, depicts a fabulous utopia in which there is no war and no poverty. A shining city, “bright towered by the sea,” where, the narrator assures us, the people are not joyous in the way of the stupidly naïve, but as “mature, intelligent, passionate adults whose lives were not wretched.”

By inviting the readers to help construct the paradise, she makes us complicit in it.

But she knows we still don’t really believe in the happiness: “Do you believe it? No? Then let me describe one more thing.”

So she reveals the price. There is a child in the city, caged in a dingy room deep within a basement or cellar. The child is dirty, neglected, abused, and hungry. No one speaks to the child, only leaves it a pitiful bowl of food and a water jug. Once, the child could speak and call for its mother. It could shout to be let out, promise to be good. But as the child’s body weakened, covered with festering sores, its mind dimmed too.

All the citizens of Omelas know it is there—that their happiness depends on its condition. They learned about it in a kind of initiation rite, and at first they were horrified. They may have been angry for a while, or sad, but eventually they came to terms with the reality that if the child were to be rescued and comforted, the happiness of many would be destroyed.

I used to teach this story as an exploration of the problems of utilitarianism. But LeGuin’s story is not just about utilitarian systems. I would also talk about how LeGuin got the idea from a passage in Dostoevsky’s The Brothers Karamazov, where Ivan collects stories about suffering children—one is kept in a closet, neglected and abused—as a challenge to the idea of an all-good God. What possible ineffable reason could render the suffering of these innocents acceptable? Ivan’s rejection of God hinges upon this.

In a similar way, “The Ones Who Walk Away From Omelas” is about what we’re willing to live with in exchange for redemption. It’s about accepting the beauty of some fabulous cosmic gift even if it means also accepting the ugliness of some hidden anguish.

LeGuin tells us that not everyone who learns about the child accepts the bargain. Sometimes after seeing the child an adolescent boy or girl just walks away. “Sometimes also a man or woman much older falls silent for a day or two, and then leaves home.”

Those who leave set out alone and keep walking. They leave Omelas, never to return.

“The place they go to towards is a place even less imaginable to most of us than the city of happiness. I cannot describe it at all,” LeGuin writes. “It is possible that it does not exist. But they seem to know where they are going, the ones who walk away from Omelas.”

The field of negative theology describes the impossibility of naming and defining God. God cannot be marked as here, enclosed, circumscribed. Turning away from the named and the definite, towards silence and the unknown, need not be nihilism: It can be how we abandon ourselves to the divine and the infinite. If those who walk away from the church utter a “non serviam,” it is directed not at God, but at those who claim to own and possess God—and who use God as a bludgeon to harm others.

As I write this, I ask myself, again: What do I do now? Do I walk away?

I don’t know. But one thing I can say: I will not judge or condemn those who cannot stay. And we should learn from them not to tolerate or accept a beautiful vision if the price is the abuse of innocents. We must not be silent or complicit. And maybe we need to make the choice to end the bargain—even if it means the loss of beautiful images we have clung to. Even we who stay may not be able to describe, yet, where we are going.