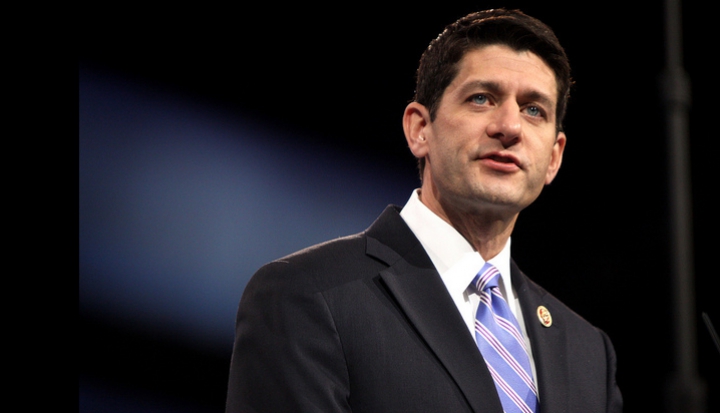 Speaker of the House Paul Ryan (R-WI), a Catholic, has often been the target of criticism because he supports cutting federal programs that benefit the poor. When Ryan spoke at the Jesuit-run Georgetown University in 2012, a large group of faculty and staff wrote him an open letter charging that “your budget appears to reflect the values of your favorite philosopher, Ayn Rand, rather than the gospel of Jesus Christ.” Ryan has often countered that his policies are rooted in the concept of subsidiarity, a key element of Catholic social teaching.

Subsidiarity helps us think about how to organize political communities. It holds that decisions should be made at the lowest level possible, with higher levels of authority intervening only if the lower levels are unable to accomplish a task as well or as efficiently.

Most of us would think it absurd for a state government to regulate the color of paint a homeowner can use on their house, for example. That is a decision that is best left to local government. By contrast it would not make sense for each local government to decide who is qualified to practice medicine; instead, higher levels of authority should impose a more uniform standard.

Although the concept of subsidiarity has been around for centuries, it was Pope Pius XI who emphasized its importance for the church’s social teaching with his encyclical Quadragesimo Anno (On the Reconstruction of the Social Order), written in 1931. Pius was writing at a time when totalitarian governments were taking power in Europe and centralizing control of political parties, trade unions, youth organizations, and even churches. Pius wrote that it was “a grave evil and disturbance of right order to assign to a greater and higher association what lesser and subordinate organizations can do.”

That passage is sometimes read out of context as an argument for limited government. Pius, however, was no defender of laissez-faire capitalism, which he blamed for the “overthrow and near extinction of that rich social life that was once highly developed through associations of various kinds.” Catholic social teaching emphasizes the importance of what are sometimes called “meditating institutions” that stand between the individual and the state. These institutions—families, churches, small businesses, trade unions, voluntary associations—can be threatened by both the state and the market.

The church’s embrace of the principle of subsidiarity means its positions on political issues often do not fall neatly along a Left-Right axis. The church defends labor unions because they improve wages and working conditions and serve as an important source of social capital in working class communities. At the same time the church has criticized government policies that make it harder for religious institutions to participate in public programs without compromising their beliefs.

Subsidiarity is ultimately about building stronger communities in which government is a necessary—but not the only—form of social organization. Catholics believe that a well-ordered society is one in which institutions large and small, sacred and secular, and public and private come together to work for the common good.