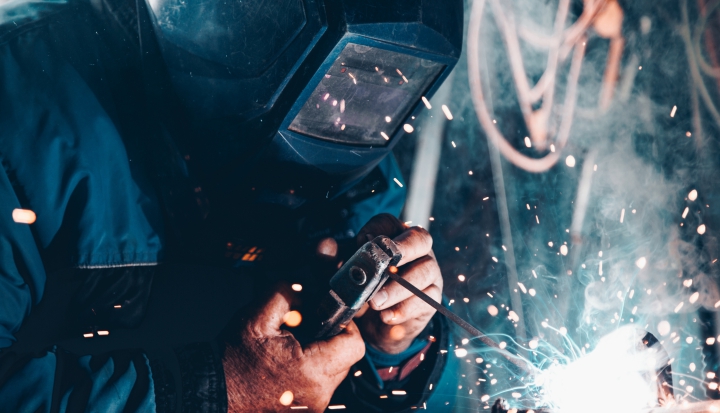 Sally has been a loyal employee at an autoparts refurbisher in the Northeast for nearly 11 years, and her smile and positive outlook had always been a source of joy for her coworkers. Sally recently lost her son, who was killed in action while serving in the military in Afghanistan. Finding energy just to show up for work was taking heroic effort on her part. Her coworkers felt her grief but had no idea how to help. Without her usual cheer, the mood throughout the company was different. People lost the bounce in their step and chatted less over lunch.

Sally didn’t know where to turn to deal with her grief until an unexpected encounter with Dan, one of the company’s workplace chaplains. Like every other Monday morning, Sally looked forward to seeing Chaplain Dan hold the door open for employees and greet them as they came to work. On this particular day when she saw Dan, something happened. Although she’d never spoken with him before, Sally felt compelled to talk to him.

After a brief chat later that morning, Sally started meeting regularly with Chaplain Dan. He knew she was comforted by their conversations, but he also knew she needed something more to handle her anguish and loss. Chaplain Dan proposed holding a memorial service in honor of Sally’s son. “Sally would like the chance to remember her son alongside her coworkers,” Dan announced, “and we are honoring her wish. This is what we need to do for her.” During lunch the next day the chaplains invited employees to join them in the auditorium for a chance to hear about Sally’s son and get a chance to say a few words about their own feelings. Most important, they would get to be together and heal as a group.

While this story might strike you as unusual, chaplains are becoming a more familiar part of workplaces across North America and beyond. Moving beyond their medieval Catholic origins, chaplains have labored to bring pastoral care to those outside the walls of the church, at first in militaries but more recently in many other settings as well.

If you walk into almost any hospital in the United States today, chances are you will find a chaplain on duty. Television shows like M.A.S.H., HBO’s raw prison drama Oz, and the hospital classic ER have brought chaplains into the popular imagination. But would you expect to find a chaplain at your work? Probably not.

Many Americans typically assume that work is separate from faith, that faith is a private matter reserved for one’s Sabbath day and worship life, and that the expression of one’s faith at work only leads to conflict. Yet chaplains have a long history of engagement with the marketplace. Chaplains of the British Industrial Mission, for instance, served as liaisons between workers and management during the peak of the Industrial Revolution. French worker-priests took manual labor jobs in the 1950s in order to better understand the plight of the working poor. In the United States chaplains were often brought in by mining companies, heavy manufacturers, and other industrial enterprises during the early 20th century.

Today’s corporate chaplaincy programs extend this tradition but repackage it for the diverse marketplace of the 21st century. The most prominent example of workplace chaplaincy is undoubtedly Tyson Foods—a publicly traded company and the largest meat and protein processor in the United States—which employs more than 100 chaplains to care for employees throughout its offices and processing plants.

While Tyson manages an in-house chaplaincy program, most businesses are smaller and have fewer resources and therefore rely on third-party nonprofit chaplaincy providers like Marketplace Chaplains USA and Corporate Chaplains of America, both of which emerged in the late 20th century. As subcontractors, these organizations are hired by a business to provide corporate chaplains. According to Marketplace Chaplains’ website, “more than 1,500 chaplains now serve from California to Massachusetts, providing personal care for more than 736,000 employees and family members.”

Our research at Princeton University’s Faith & Work Initiative suggests that today’s corporate chaplains are part of a much larger movement to break down the cultural barrier between faith and work and to help people live out their faith in all areas of life, even on the job. Increasingly, employers are recognizing that people desire more than a paycheck from their job. They want their work to be meaningful and rewarding on a deeper, even spiritual level.

Moreover, executives and owners are looking for ways to align their organizations with their conscience. Many owners see chaplaincy assistance programs as an extension of their Christian faith. As one CEO told us, “I liked the concept [of chaplaincy] from the beginning just because I felt like it’s a way for us to be more intentional about our faith.”

At first such views may seem at odds with today’s religiously diverse workforce. However, chaplains—whether in the military, hospitals, or at work—actively serve people regardless of their religious orientation. Corporate chaplaincy therefore is one way that owners can simultaneously live out their faith while empowering their employees to do the same. John Tyson, chairman of Tyson Foods, sees chaplaincy as essential to creating “an environment for all faiths to have a discussion.”

Workplace chaplaincy is about a lot more than faith and praying with or for employees. In fact, most companies maintain guidelines for when a chaplain can openly engage in religious talk. Our research shows that chaplains spend most of their time engaged in activities that have little to do with religion, at least at face value. For instance, they refer distressed employees to professional counselors for assistance with issues such as substance abuse or marital problems.

We have also found that chaplains are particularly suited for businesses that rely on immigrant or refugee workforces that may need practical assistance in order to assimilate into American society. Some chaplains conduct workshops on how to create a household budget or balance a checkbook, and they are often involved with immigration assistance.

More than anything, workplace chaplains practice a “ministry of presence.” We have heard over and over again from employees that they appreciate chaplains for simply “being there,” for checking in, and for listening. Confidentiality is paramount for workplace chaplains, and when employees have someone they can trust to maintain privacy from the “higher-ups,” it can dramatically transform one’s work experience.

For all of its promises, however, workplace chaplaincy is not without its challenges. Consider the story of Sally and Chaplain Dan. We don’t know Sally’s religious affiliation. Is she Christian? If so, is she a Methodist, an evangelical, a regular church attendee? What about Chaplain Dan? What kind of training does he have? Did you assume he was a Christian? What if we told you he was a rabbi? Would this change your understanding of the story? In one sense, we hope not, because chaplains aspire to serve workers of any faith tradition or worldview. Still, corporate chaplaincy continues to be dominated by chaplains from Protestant Christian traditions. Maintaining an interfaith approach is delicate work, and from time to time chaplains have been disciplined for overstepping boundaries.

Despite the challenges of serving today’s diverse workforce, our research clearly indicates that corporate chaplaincy services are one of those rare win-wins for employers and employees alike, regardless of one’s faith tradition. Finding ways to develop a larger and more diverse pool of workplace chaplains and provide more formalized training will help corporate chaplaincy programs become more effective and spread to even more industries and offices across the country.