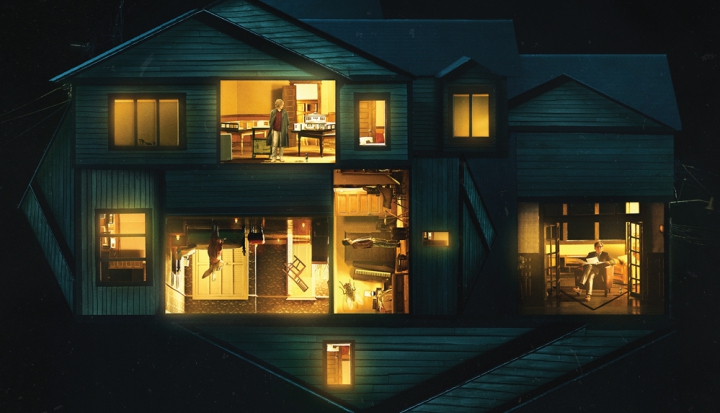 I the Lord your God am a jealous God, punishing children for the iniquity of parents, to the third and the fourth generation of those who reject me (Exod. 20:5).

A couple of years ago I went to see a spiritual healer. As someone who spent a few traumatic years in charismatic, Pentecostal churches and sustained serious wounds from the congregation’s tendency to see evidence of spiritual warfare in every twitch and headache, I would normally shy away from such places. But I was in a deep depression and stuck in what seemed like an endless circle of illness and bad luck. I was desperate for a respite. A woman I trusted in our Catholic parish—the director of religious education, no less—recommended I go see this friend of hers who had a powerful gift for healing prayer.

I thought we’d just pray together or that she’d lay hands on me, and that would be a comfort. Instead, the woman began with what felt like a pre-op interview, probing for as much family history as I could remember. I realized, finally, that she was looking for evidence of generational oppression, a “familiar” or demonic spirit who attaches to specific families and doesn’t let go. My family history is rife with trauma, early deaths, addiction, abuse, and mental illness. She was offering a tidy explanation and a solution. Banish the demon, break the cycle.

There’s little scriptural evidence for family demons, but God clearly outlines the effects of what we call “generational sin” to Moses while giving him the Ten Commandments. This jealous God promises to punish children to the third and fourth generation for the iniquity of their ancestors.

Though it’s easy to dismiss this as religious superstition, it’s tempting when you notice the repetition of patterns, sometimes down to the repeated dates of traumas, in families like mine that seem to keep running in circles of loss. Generations fight the same abuses and addictions and just plain bad luck, unable to break off on a new path to healthier futures for themselves and their children.

Recent studies in epigenetics provide scientific evidence for what the Old Testament writers knew: According to multiple researchers, we really do carry our parents’ trauma in our bodies. In fact, the evidence suggests we carry the impact of our ancestors’ traumas in our DNA, just as God promised, going back at least three generations. Our bodies may very well pay the price for the sins our grandparents chose or suffered at the hands of someone else.

The questions these studies raise about free will and contingency (are we all just living in Greek tragedies, born into stories we can’t control?) were heavy on my mind when I went to see Hereditary. Ari Aster’s debut film has been hailed as one of the most terrifying horror films of all time. But for almost all but the last 10 minutes, it’s a psychological study in the shockwaves that traumas—new and old—send through families.

When the film begins, the matriarch, Ellen, has died. Her daughter, Annie, played by Toni Collette, has trouble delivering her eulogy. It’s that awkward moment when you have to say something nice about the woman who ruined your life. And who are all these people in the crowd? “It’s heartening to see so many strange new faces here,” Annie says, though you can tell by Collette’s masterful delivery that she’s not heartened at all. She’s deeply suspicious of her mother, who she manages to describe only as “secretive” and “suspicious.” Some eulogy.

If you only saw the trailers for the film—a slew of jump cuts from horrified reaction shots to some of the film’s more disturbing images—you might be surprised by its quiet, strange beauty, Aster’s meticulous attention to detail, and the often excruciatingly slow pace. The film builds tension by graceful camera work, our perspective sometimes hovering or gliding like a spirit through the house, and by mounting oddities that go unremarked and unexplained. We see strange words written on the walls of the house. Annie’s daughter, Charlie, has a tic that becomes terrifying: She clicks her tongue on the roof of her mouth. For a moment we may wonder if we saw or heard these things at all.

As traumas escalate and Annie becomes progressively more unhinged, we begin to suspect, as her husband does, that she might be an unreliable narrator. We spend much of the movie asking ourselves what’s really wrong here. Is Annie mentally ill, a trait that we learn runs in her family? Is she simply having a normal, if extreme, reaction to traumatic events? Or is there something more sinister and supernatural at work in her life?

It’s epigenetics vs. spiritual warfare on the big screen, and Hereditary does what the horror genre does at its best: imagines the most extreme consequences of flawed human psychology and gives flesh to the unseen forces that work against human flourishing.

The good news about epigenetics and trauma research is that there is evidence that we can change our patterns. We don’t have to be doomed tragic heroes. Therapies and even yoga, prayer, and meditation can help us work with the brain’s neuroplasticity, creating new pathways that will help us to break out of the old patterns, once we can name them.

But in Hereditary, by the time the family knows what’s really at stake, it’s far too late to tie off the loop. The characters are doomed to live out a drama set in motion by an earlier generation.

Jessica Mesman is the author of three books, including Love & Salt: A Spiritual Friendship Shared in Letters (Loyola Press)