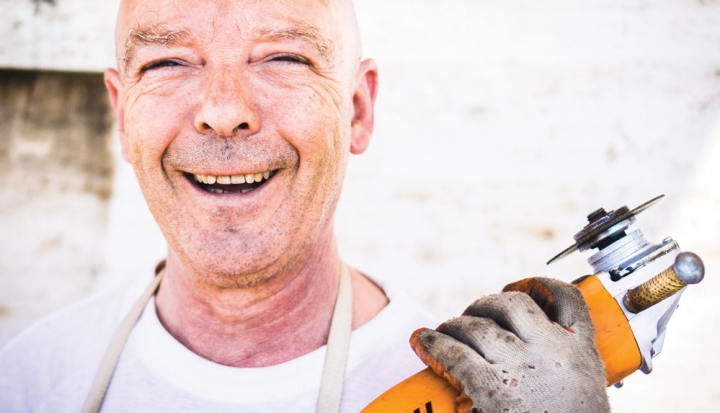 For decades a friend’s dad took his cars to a mechanic who had started a Ph.D. but ended up hanging out his shingle working on cars. Most adults in our university neighborhood had a Ph.D. or at least had attempted one at some point in their lives, including my dad. But unlike anyone else I heard about as a child, this man had abandoned an intellectual career in order to work with his hands. I found him fascinating, maybe because I needed to know there were other choices in life besides those that seemed the default in my neighborhood. I once babysat for an 8-year-old girl whose parents were both professors; she asked me, “Does everybody have to go to graduate school?”

These days, and not just in university neighborhoods, we seem to think that college (and even graduate school) is the right decision for all kids. High schoolers are increasingly tracked, without question, toward four-year colleges by parents, teachers, and federal programs like No Child Left Behind. Vocational high schools are disappearing and, in most schools, “shop” and home economics classes were cancelled long ago.

The irony is that skilled professionals like carpenters and HVAC contractors make well over minimum wage and don’t incur large debts for their training, unlike most college graduates. In fact, the financial advantage of a college degree is lessening, in part because degrees are taking too long to complete or are left unfinished. Three out of 10 high school graduates at four-year public universities have not finished a degree in six years, while at four-year private colleges that number is more than 1 in 5.

As a result, there has been a decline in the number of skilled tradespeople. Across the country, contractors are strained to find skilled workers to meet demands for drywalling, tiling, roofing, and HVAC jobs. According to the National Electrical Contractors Association, 10,000 electricians retire each year, while only 7,000 emerge to take their place.

A recent story by National Public Radio reported that in Washington state “there are already more trade jobs like carpentry, electrical, plumbing, sheet-metal work and pipe-fitting than Washingtonians to fill them. . . . Many pay more than the state’s average annual wage of $54,000.” Why are so few Americans interested in work that is well-paid and in-demand? Many of us have come to believe skilled work is second-rate, unintelligent work.

In his book, Shop Class as Soulcraft: An Inquiry into the Value of Work (Penguin), Matthew Crawford makes an argument for the mental rigor and pleasure of skilled manual labor. He completed his Ph.D. and got a great job with a Washington think tank. However, before long, he returned to his other talent: repairing motorcycles. Unlike at the office, in his shop, he explains, he feels useful, challenged, and self-reliant. In an interview with Popular Mechanics, he said: “There’s knowledge work and there’s manual work, and the idea that these are two very different things seemed very bogus to me. [In my book] I needed to make the case for how much thinking goes on in the trades. And that this can be a life worth choosing.”

Growing up I loved reading, writing, and studying, all of which I was able to pursue at school. I also liked doing things with my hands: I taught myself to cross-stitch, learned a little about gardening from a neighbor, and did some cooking with my mother, but I didn’t get a chance to really pursue any other manual skills until after college, when instead of graduate school or an office job I decided to go work on two organic farms. I learned the rudiments of raised-bed organic gardening, as well as how to compost, milk goats, knit, make butter, and make pizza for 60 people.

I was no skilled craftsperson, but I found great joy in using different parts of my brain, delving my hands into tangible things, and seeing results from my labor. Years later, I don’t make a living with my hands, but I feel more centered and less stressed when I find time to do yard work, cook dinner, or complete a project that requires some physical labor.

For centuries, Benedictine monks and nuns have kept a similar discipline of balance between body and soul. Manual labor is scheduled into the daily life of most contemplative monastic communities alongside prayer and study. Even handwork, such as baking or sewing, provides monks and nuns with exercise and physical activity in counterbalance to the intense mental work of contemplation and prayer. This labor is often the way a community achieves financial self-sufficiency: farming or making fruitcakes, coffins, soaps, or jams.

The Rule of Benedict reads, “When they live by the labor of their hands, as our fathers and the apostles did, then they are really monks.” Benedict calls “idleness” an enemy of the soul and anyone who has sat too long at a desk or in front of a screen knows just what he means.

I don’t think it’s any accident that Jesus and his foster father, Joseph, were carpenters rather than priests or scholars. They worked with their hands, they made things. The apostle Paul was a brilliant theologian and writer, but he made his living with his hands, too, as a tentmaker (Acts 18:3). One could say that God is a manual laborer, too, creating a universe and sticking hands in its mud to mold a human being and plant a garden (Gen. 2:7–8). Even Jesus’ ministry was for the most part manual labor—healing, calming a storm, throwing over money-changing tables, and, finally, dying a physical, real death. His body was central to his mission and ministry. There is not a hierarchy in the gospels or the entirety of the Bible for body and mind; they are equal in human life and equal in Christ.

Through the sacraments God teaches us that the physical is not something less than the spiritual but a means toward the holy. Our bodies are no less a part of our lives of faith than our minds. We need our bodies to receive the waters of baptism, the bread and wine of the Eucharist, the oils of healing or anointing, as well as to make the sign of the cross, to genuflect, to sing, to embrace one another, to share a holiday meal, to laugh, and to cry. All these things are holy and ways of knowing God, Jesus, and the Holy Spirit.

In our personal lives and in our societies, we will live healthier lives if we honor the skills and flourishing of our bodies alongside our minds. We do ourselves, our kids, and our communities a disservice if we value one over the other. If St. Benedict was correct and God created us with a need for balance, perhaps it is also inevitable that the pendulum will swing us back to center.

It may already be happening; in our growing digital world, people young and old increasingly are learning analog crafts like knitting and crocheting, soap-making, brewing beer, gardening, and do-it-yourself home renovations. Young people are drawn to the vintage, manual technology of typewriters, chalkboards, coloring books, straight-edge razors, and vinyl records. This trendy interest in all things manual and analog may renew admiration for the knack, knowledge, and creativity demanded by skilled trades.

God created us in God’s own image and made us cocreators in the ongoing life of creation. We can hear this affirmed in each Eucharist, where, as the priest prepares the gifts, he declares that the bread and wine we offer come both from God and the manual labor of human beings: “Through your goodness we have received the bread we offer you: fruit of the earth and work of human hands.” Our hands and bodies, as well as our hearts and minds, do holy work and alongside our Creator allow us to continue to create and renew the world.

Heidi Haverkamp served in parish ministry in the Chicago area as an Episcopal priest for 10 years. She’s a full-time author, spiritual director, and retreat leader and has published two books, Advent in Narnia and Holy Solitude (Westminster John Knox).