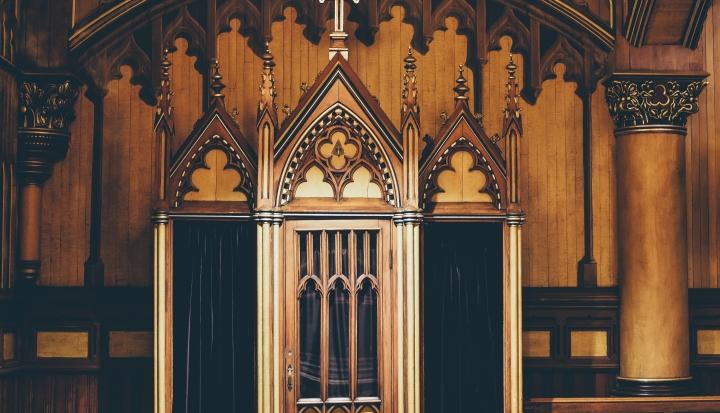 This summer the revelations of past assault on children and harassment committed by Cardinal Theodore McCarrick roiled the U.S. church. Other exposés of abuses by individual priests and of institution dysfunction followed including the devastating grand jury report in Pennsylvania that named more than 300 priests who for decades abused thousands of children which six dioceses covered up.

They all make a mockery of clerical formation. In a moment unprecedented for the church, Pope Francis accepted the resignation of McCarrick from the College of Cardinals and soon after that of an Australian archbishop after his conviction for covering up the abuse of children. Will stories of other retired bishops or men in active leadership roles emerge as well?

In the past it has been the awful practice of the church to circle the wagons and wait for the crisis to pass over. It took decades before the church confronted the wretchedness of clerical abuse of children, and indeed it may be the hope among some U.S. bishops that apologetic statements and expressions of pastoral concern will suffice until the conference has somehow maneuvered safely past this current ugliness. These bishops may be relying on the exhaustion of the people in the pews whose numbers have diminished over years of crises. And those remaining, numbed by the pedophilia crisis, have come to set such low expectations for church leaders that this strategy presents as a viable option. That would be the worst outcome for the church over time, of course.

The Vatican had attempted to pretend the assault on children by ordained men was an Anglophone problem, and it may be tempted to do so again regarding McCarrick-style implosions. It should resist that ruinous temptation. This is a crisis that affects the whole church and strikes it at its roots.

Acknowledgment of fault and acts of penance are what is needed immediately from U.S. church leaders, accompanied by a thorough house-cleaning of abusers still lurking within parishes, of course, but also inside seminaries and diocesan chanceries. What is known by some has to be made known to all, and a consistent and sincere outreach aimed at making victims whole, whatever the cost, has to be pursued. But even all that effort would not be enough—and would be in vain—if the reform ended there.

A relentless examination of institutional conscience is required, one that includes the ordained and religious of the church but that must extend to laypeople who have worked for the church and those in the Catholic press—people who have heard the stories or looked the other way. (In the interest of full disclosure, I count myself among them. Mea culpa.) That examen should be brutally honest and nothing should be considered off-limits, including fresh eyes on traditions such as celibacy and a frank accounting of the continuing costs of clericalism in the church.

New policies in terms of accountability and formation are surely needed, but true reform will require so much more. Many are already insisting that driving homosexual men from the priesthood will solve the problem, a diversion that will only lead to more heartache. Purging gay clerics from the priesthood won’t achieve much more than lowering morale and driving new seminarians deeper into the closet. It has been that secrecy, institutional and individual self-deception, and inability to achieve a mature understanding of human sexuality that has been a driver of the crisis in the first place.

Finally, these issues will continue to plague the church as long as women and parents are locked out of positions of real consultation and authority because of an obstinate insistence on a hierarchy of the ordained and the broken tradition of mandatory celibacy.