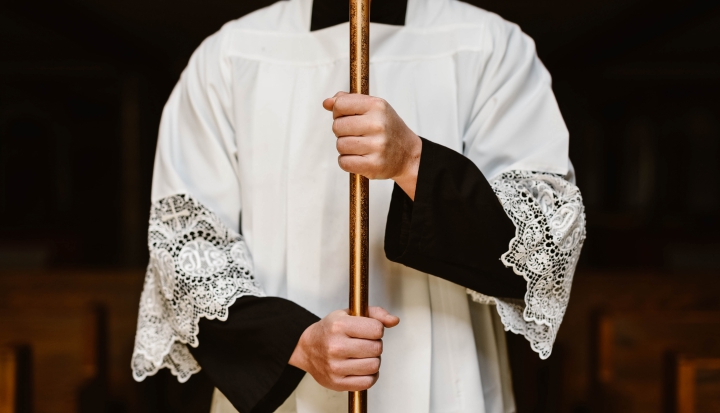 Nicholas Cafardi is a former chair of the U.S. Conference of Catholic Bishops’ National Review Board for the Protection of Children and Young People.

1. Too many bishops thought first about protecting the institution and not enough about taking care of the victims.

The Catholic faithful in the United States have before us numerous public reports on sexual abuse in the church (the United States Conference of Catholic Bishops’ (USCCB) National Review Board 2004 Report, two John Jay College of Criminal Law studies, and various grand jury reports, including the recent Pennsylvania report), dating back over the last 14 years. All reach a common conclusion: When confronted with the child victims of clergy sexual abuse, too many of our bishops thought first of protecting the institution and not enough about the victims.

Many bishops thought they had “to protect the church from scandal.” Scandal here means causing confusion among the faithful. If the bishops had been up-front about the facts of clergy child sexual abuse when it happened, they feared the harm that news would cause the faithful. There is, after all, hardly anything worse a church can do than preach one thing and do another. It makes people think: What do they really believe?

What a number of bishops really believed was that our salvation depended on them, the institution, and not on Christ. They had to protect us from the truth, in a church whose founder said He was the Truth. Yes, the truth would have been difficult to hear at the time, but hearing it now, in many cases decades later, in the context of a cover-up is much worse. In protecting us from “scandal,” our bishops have created a second state that is worse than the first.

2. Some bishops acted more like bureaucrats and not enough like pastors when confronted with clergy child sexual abuse.

The institutional church, for better or for worse, is an all-male patriarchy with males at increasingly higher levels of authority, exercising power over those below them. When patriarchies are threatened by external forces (a child victim seeking accountability), strange things happen. Walls are drawn, defenses are put up. Decisions are made by the patriarchs, often in secret, about what will protect the patriarchy and their own careers and rewards within it. Those at the lower levels of the patriarchy are expected to fall in line, because one day those careers and rewards may be theirs.

3. The news of sexual abuse by clergy will get worse before it gets better.

Since the August 14 release of the Pennsylvania grand jury report, more than 100 calls have been made to the attorney general’s hotline by other victims coming forward. These are in addition to the almost 1,000 victims referenced in the report. So the news cycle on this matter is not closed.

The report also overlaps with another issue of sexual abuse in our church, one that the McCarrick matter has brought to light, namely a bishop’s or seminary professor’s use of their authority to sexually abuse adults within their control, such as seminarians or young priests. The McCarrick case merits further investigation. How did someone with his clandestine reputation as “Uncle Ted” with his Jersey beach house and his private overnight place at a New York hospital get so far?

McCarrick is not the only hierarch in this situation. There are similar reports about the former archbishop of St. Paul-Minneapolis that have yet to be resolved. Cases like this raise the possibility that one reason some bishops mishandled the sexual abuse of children by priests was that they saw in the priest their own sexual proclivities, whether acted upon or not. Or, even worse, others knew about bishops’ sexual proclivities and they risked being “outed” if they came down hard on a priest for similar behavior. Indeed, right now two seminaries in the United States, in Boston and Lincoln, Nebraska, are under investigation for improper sexual activity.

4. Constant vigilance is required by the laity.

The Dallas Norms, adopted by the American bishops in 2002 and approved by the Holy See, have changed things in the United States. Victims of sexual abuse are given the care and concern they deserve. Reports are made to public authorities. No priest or deacon with a credible charge of child sexual abuse may remain in ministry.

As a result, almost all of the child sexual abuse cases that we hear about now are old cases. Ninety percent of the cases in the Pennsylvania grand jury report predate 1990. Thanks to Dallas, there have been very few cases of clergy child sexual abuse in the United States since 2002.

But the Dallas Norms are not permanent. They need to be renewed by the bishops every few years, and renewal is not automatic. The laity must insist that the Dallas Norms be made permanent. The laity should also require that our bishops include themselves in the Norms. When they were written in 2002, they were written to cover only offending priests and deacons; bishops were and still are omitted.

5. The laity must support the victims. We must also support our good priests.

The victims who have come forward have not harmed the church. Instead, it’s the other way around. Child sexual abuse can cause lifetime injury, often leading to drug and alcohol abuse, unsuccessful careers, unsuccessful marriages, and even suicide. The victims have suffered enough. They do not deserve our disdain, but our support. They are dealing with psychological issues that, thankfully, most of us will never know. Their coming forward did a great service to the church that is not yet fully appreciated. Supporting victims and urging them to come forward is one way we can move past this crisis.

And, even with the almost 300 priests mentioned in the Pennsylvania grand jury report, the fact is that around 5 percent of clergy active in the United States from 1950 to the present sexually abused youngsters. That leaves 95 percent of our priests who have lived chaste lives serving the people of God. But, in the public eye, they are tarred with the same brush as their offending colleagues in ministry.

These faithful priests must bear the brunt of a problem that is not of their making. They must go on ministering to their people, reading the newspaper stories, hearing the comments, trying to explain the unexplainable. They deserve our support. Another way we can move forward from this crisis is to appreciate the priests who did and continue to do their jobs the right way, giving completely of themselves for their people. They are men for the church.