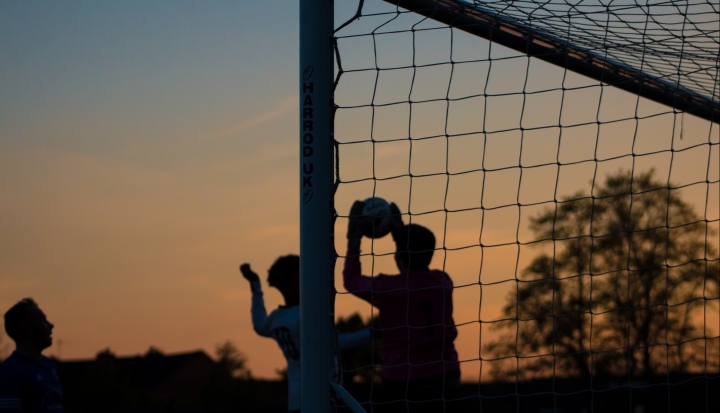 Like everyone else in my family, I grew up playing soccer; I went to my siblings’ soccer games and was a goalkeeper in the YMCA youth team that my father coached. Some of my most enjoyable childhood memories include playing soccer with my family for hours at a time; all we needed were some random objects to form goal posts and a ball, and we were set for the day. The best part of recess in elementary school was playing the same soccer game every day of the school year without keeping score.

And that’s exactly why soccer is the world’s sport. It can be played anywhere, and all that’s needed is a ball and something to mark the goal posts. The activity is simple and affordable, yet tons of fun. It is also a great way for families and friends to bond.

Most important, playing soccer is not just about learning something new or winning, but building new memories that will last a lifetime and being the best that a person can be on and off the field. I thought of our family games while watching Wim Wenders’ new documentary, Pope Francis: A Man of His Word. There’s a scene where the pope implores straight to the camera: “Parents, play with your children.” It reminded me that sports isn’t just about the game; it’s a place to learn life lessons like teamwork, leadership, etc.

Apparently the Vatican agrees with me, because on June 1 the Dicastery for Laity, Family and Life released its first major document on sports: “Giving the best of yourself: A document on the Christian perspective on sport and the human perspective.” The document addresses the relationship between giving our best in sports and living a complete Christian faith every day. “Sport can offer us a chance to take part in beautiful moments, or to see these take place,” the document says. “In this way, sport has the potential to remind us that beauty is one of the ways we can encounter God.”

Like music, art, mathematics and science, the document says, sport is universal: “All who desire to participate should be able to do so. . . . This is especially true for poor or displaced children, physically or intellectually disabled persons, the homeless and refugees.”

And yet, today that universal nature of sports, has been lost. And soccer, the same game that meant so much to me growing up, is a good example of this, as demonstrated by last month’s FIFA World Cup.

Long-time FIFA president Jules Rimet founded the World Cup in 1930. He was inspired by Pope Leo XIII’s 1891 encyclical Rerum nomarum (“Rights and Duties of Capital and Labor”) and saw the World Cup as an opportunity to “propagate understanding and reconciliation between the races of the world” and for working-class soccer players to make a living off of their individual talent rather than hard labor in factories for measly wages.

But in 2006 Rimet’s grandson, Yves Rimet, told the Independent that his grandfather “would have been disappointed with the money-dominated business that football (soccer) has become. That was not his vision.”

Pope Francis, a soccer fan himself, echoed this concern: “Today football [soccer] also operates within the world of business, marketing, television, etc. But the economic aspect must not prevail over that of the sport; [when it does so] it risks contaminating everything on the international, national and even local level.”

For this reason, the Vatican City national football team is not a member of FIFA. Domenico Ruggerio, president of the team, told the New York Times in 2014 that being a FIFA member would conflict with its ethos: “The important message of friendship and love is demonstrated by the sport—the real sport, not the business that is in football these days . . . It is not just important to win a match; it is how you carry yourself.”

The Vatican’s sports document says sports should also create a culture of inclusion, citing the Paralympics, Special Olympics, Homeless World Cup, and 2016 Refugee Olympic Team. The document goes on to state that this isn’t just about socioeconomic inclusion, but gender inclusion as well: “In some parts of the world, girls and women are denied the right to participate in sports and thus cannot experience the joy and benefit of such activities.”

Even in countries where women can participate in sports, equality still isn’t guaranteed. The reigning champion United States women’s national soccer team is still making less money than the men’s team, who didn’t even qualify to compete in this year’s World Cup.

And association football is plagued with other scandals as well. Russia’s hosting of this year’s World Cup was met with heavy criticism due to several civil rights issues, including racism, the mistreatment of LGBT people, the killing of stray animals, and continuous military conflict in Ukraine. Preparations for the 2022 World Cup in Qatar are also controversial due to allegations of worker exploitation, the country’s ban of homosexuality, and allegations that the Qatari government has been supporting terrorism.

It’s hard to watch professional sporting events knowing the corruption taking place behind closed doors. Speaking up and calling organizations like FIFA for wrongdoings out is important. Everyone should be able to enjoy sports equally, whether they are athletes or workers who physically build the stadiums.

And yet, I still enthusiastically watched the World Cup last month, although perhaps a little bit more cautiously. I loved seeing people cheering in the stands, especially when their team scores. I believe that, at their core, these matches are still good. They reminded me of my childhood kicking around a soccer ball with loved ones. And, knowingly or not, growing a very special bond with God.

In the words of the Vatican’s document on sport, my experiences both getting caked in mud while playing soccer with my family and friends and cheering for the United States during a World Cup match taught me “something about the human person and his or her destiny.”