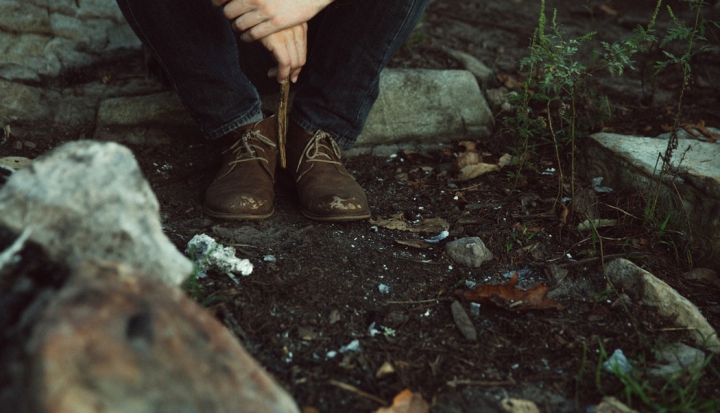 I am in my garden, squatting in the dirt like a medieval peasant, as around me rise the complex smells of lichen and mineral, exhalations of earthworm and beetroot. The job for this day is planting sweet corn by hand, which means poking each kernel down into its own secret burrow, each tiny, wrinkled corpse into a solitary tomb, but with hope of resurrection.

After three rows my nails hold crescents of soil and my cuticles are torn by serrated grains of earth. Each year I promise myself I’ll treat myself to a little wheeled seeder, which would do the job more rapidly and less painfully, but there’s a benefit to planting this way: I have a close-up of the soil, on which the seeds’ resurrection depends.

The novelist and agrarian Louis Bromfield once wrote that our topsoil is America’s most precious natural resource. But it is a humble resource and one we take for granted, treating it as a lifeless medium for propping up a plant while pumping it full of nutrients and washing it with pesticides. If we lose our topsoil to erosion or development, we think we can replace it, bring in a truckload, dump it, and spread it around.

But it doesn’t really work that way. Topsoil is not so much a substance as it is a series of complex ecosystems, tiny kingdoms teeming with life, and when we disrupt it, it ceases to be itself. Imagine a community torn from its native land, forced into exile in a new world: That’s what it means to move your topsoil. This is why many small growers are transitioning from plowing and tilling to different methods of cultivation, recognizing that the topsoil does best when it maintains its own order and culture.

Right now I’m keeping a close eye on the topsoil in this garden plot because it has done poorly for two years in a row and I have no idea why. Last year a third of my peppers succumbed to blight, and the cucurbits—cucumbers, zucchini, and squash—seemed to wither before they even emerged. The year before, 50 percent of my onion and garlic plantings were wiped out by some inexplicable rot. Tiny centipedes scurried in to devour the dead things, and when I dug into the soil I would find them almost knotted together, feasting on death. I have to remind myself that the centipedes are children of God too, horrible though they seem with their fish-white bellies and all their rippling legs.

But when I first turned this plot, three years ago, everything was rich and good. What changed? I put down a lot of organic matter, which can raise soil acidity, but tests reveal a decent pH. It ought to be teeming with life. Perhaps it was herbicide drift from my neighbor’s conventionally grown field of genetically modified corn? Or was there herbicide residue on the straw I mulched with two years ago?

A scripture passage comes to mind, when the landowner blames the weeds in his field on some adversary: “An enemy has done this!” I wish I could so easily accuse some mysterious enemy.  But the fact is I do not know. And here is the paradox of the kind of gardening I do: While we strive for mastery, we also recognize, with reverence, how impossible it is truly to control nature.

Eco-gardening, we call it. It’s similar to organic gardening, but less institutionalized, and it places the emphasis on sustainable growing methods, local economies, and insourced fertility. Fundamentally it means acknowledging our connection with the ecosystems from which we derive our food and the larger, global web of interconnections. We attempt to participate, not coerce, and this means understanding the limits of our control. Yes, natural mulches can create a balanced soil moisture, but we can’t summon the rain. We are accompanied by all the life cycles of the organisms we meet—from birth to death to decomposition, the rot that breeds new life.

This work makes it impossible to hide death away or pretend it never happens, so perhaps some people make peace with death after a while, relinquishing all obsession with control and finding instead a humble, earthy mysticism. I’m not there yet. I want the corn to grow and turn sweet, the tomatoes to shine like jewels, and to enter a luxuriant summer that never ends. I want to be young forever, or at least youngish. I’ve read all the myths and legends that tell me of the dangers of longing for earthly un-death, but I don’t care, I just keep on wishing.

“Death, thou shalt die,” says John Donne—but we’re not the ones who will overcome it. When we try to, we become inhuman, as good fantasy literature reminds us. Consider vampires or, in the Harry Potter stories, Lord Voldemort with his horcruxes. Resurrection can be as terrifying as death.

Lately I have been noticing that there are a lot of poems written about Lazarus. In most of the poems, Lazarus is not especially thrilled to be recalled to life. We are reminded of the revulsion of the spectacle, the smell, the soiled cloths. Maybe we want resurrection only on our own terms. We want to nudge and push and get the miracle to happen just so. If it is properly curated, we can prop it up and offer it for sale, marketed. Be filthy rich as well as forever young.

When I look at the kind of farming that happens all around me—giant tractors pumping out chemicals, genetically modified seed, dead soil—I am reminded that the metaphor of corn planting has been associated with the unholy un-death of the vampire as well as with the resurrection of Christ. There is a drive for transformation that looks like Christianity but isn’t, like those deceptive fields of corn that look so natural and idyllic. This is evident not only in our obsession with eternal youth and with perfect fields of corn but also in our brands of spirituality. Jesus is for sale, holiness is for sale. Religious figures sell themselves on cruises and retreats. But unlike anything else for sale, there’s the subtext that you have to buy this. If you care about holiness, you will buy it. If you don’t buy it, you must not care.

What I am doing in my garden feels more like waiting and hoping than forcing anything to bend to my will. This is a lot like my spiritual life, insofar as I have one. There was a time, long ago, when I thought I had to make holiness a project to work on, when I bought Jesus as often as he was for sale, followed the brand, signed up for retreats and consecrations.

It didn’t work, of course. It could be argued that I didn’t try hard enough, that I succumbed to the temptations of the glamorous world. One version of the story is that I failed at holiness because of moral sloth and so, naturally, I later failed at other things. Failed to be a morning person. Failed to be a nonsmoker. Failed to be a non-drug addict. Failed to keep my mouth shut and my head down. Failed even to feel as guilty about it as I should have been. Is it Catholic guilt if you’re feeling guilty for not feeling guilty?

The other version of the story, which runs against our modern American obsession with control, is that I am in God’s hands. This doesn’t mean that God will coerce me, forcing holiness on me against my will, any more than the hidden work of growth and life in the soil is coerced. It happens through relationship. It’s a spiritual ecosystem.

I pray better in the garden than anywhere else, but it is not with the tongues of men and angels that I talk to God as I work, stooped over in the soil like a crazy person. I mumble and complain to God about the weather, not expecting God to fix it, but it’s nice to have a loving ear. I complain about relationships, finances, the state of the world, the horrors of war, melting polar ice caps, people just not caring. I complain about myself. I pray for holiness, but not yet. I pray for the seeds to sprout and the tiny sliver of green to grow.

Rebecca Bratten Weiss is a writer, lecturer, and gardener residing in rural Ohio. 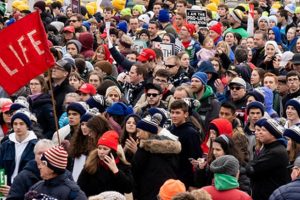 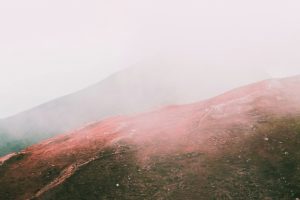 Ecowriting: A new way to cope with ecological grief