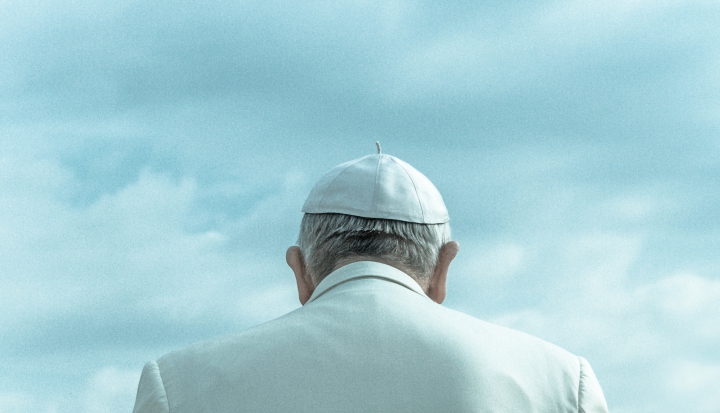 Large companies in financial trouble often seek out a specific type of CEO known as a “turnaround artist.” These leaders—think Lee Iacocca at Chrysler or Steve Jobs at Apple—are willing to take risks and upset settled ways of doing things. They tend to be controversial and either succeed or fail in spectacular fashion.

If any institution needed a “turnaround artist” in the spring of 2013 it was the Catholic Church. Years of stories about clerical sexual abuse had outraged both rank-and-file Catholics and the general public. While Pope Benedict XVI was lauded in many quarters for his intellectual firepower, even his allies conceded his administrative skills left something to be desired. In 2012 leaked documents detailing corruption and power struggles within the Vatican dominated global headlines for several weeks. The scandal contributed to Benedict’s shocking decision to resign in February 2013.

From the moment of his election five years ago, Pope Francis seemed to grasp that the Catholic Church was in desperate need of a rebranding. His own biography provided some of the raw material. As the first pope from the global South, Francis was certainly something new. As he was presented to the crowd of 150,000 in St. Peter’s Square, he broke with precedent by asking them to pray for him before he imparted his papal blessing.

That small symbolic act became the first of many. The media delighted in stories about the new pope who returned to his hotel to pay his bill and who personally called his news dealer in Argentina to cancel his newspaper subscription.  Photographs of the pope embracing a disabled man or washing the feet of prisoners on Holy Thursday quickly went viral.

With an institution that famously thinks in centuries, five years may be too early to assess the ultimate success or failure of Francis’ turnaround program. Some of the pope’s initiatives, such as overhauling the Vatican’s famously tangled finances, are proceeding slowly. There is no question, however, that Francis has become one of the most well-known leaders on the planet. His words and actions have the power to shape not only the lives of 1.2 billion Catholics, but also those of the billions more who come into contact with the church in various ways. With that in mind, here are five ways that Francis is changing the internal and external face of the church.

One of the achievements of the Second Vatican Council was a recovery of the ancient belief that, in governing the church, the pope and the bishops are meant to act in concert. The Council Fathers were attempting to correct what they saw as the excessive centralization of papal authority. In 1965, Pope Paul VI established the Synod of Bishops as a permanent consultative body that would bring bishops from around the world together on a regular basis to discuss important issues facing the church.

Despite those lofty ambitions, few observers of the synods over the last half century feel that the institution has lived up to its promise. Most have been highly stage-managed affairs where bishops have listened to long speeches rather than truly debating difficult issues.

With the 2014 Extraordinary Synod on the Family, Pope Francis instituted a number of changes to make the synod a more deliberative body. The preparatory documents included a questionnaire on family life completed by thousands of ordinary Catholics around the world. In his opening statement, Francis called on the assembled bishops to “speak clearly. Let no one say ‘this you cannot say.’”

The pope got what he asked for. There were heated exchanges both inside and outside the synod about whether, for example, Catholics who divorced and remarried could be readmitted to communion under certain circumstances. Francis’ post-synodal apostolic exhortation Amoris Laetitia (The Joy of Love), which offers a cautious opening on the communion question, has provoked the most sustained controversy over a papal document since Paul VI’s encyclical Humanae Vitae (On the Regulation of Birth) in 1968.

That experience does not seem to have cooled the pope’s interest in encouraging real debate among the bishops. He’s proceeding with plans for a 2018 Synod on Youth and a 2019 Synod of Bishops of the Pan-Amazon region. The latter is expected to discuss the possibility of ordaining married men to serve as priests in a region where the vast majority of communities are only able to celebrate the Eucharist two or three times a year. The obvious implications of such a change for other regions of the world where there is a shortage of priests should ensure the kind of vigorous debate that Francis clearly desires.

“The smell of the sheep”

One of the most important powers of the papacy is the appointment of bishops. It is bishops who ultimately shape how the church is experienced at the local level. Since the vast majority of cardinals are drawn from the ranks of bishops, a pope’s choice of bishops also allows him to influence the choice of his own successor.

Francis has spoken of his desire for priests and bishops who “live with the smell of the sheep.” He quickly moved to change the composition of the Vatican’s powerful Congregation for Bishops, removing hard line conservatives like Archbishop Raymond Burke and replacing them with more moderate voices like Washington, D.C. Archbishop Donald Wuerl.

Here in the United States, key Francis appointees like Blase Cupich of Chicago, Joseph Tobin of Newark, and Robert McElroy of San Diego are already shaking up the politics of the U.S. Conference of Catholic Bishops. They have called on their brother bishops to be more forthright in defending immigrants, refugees, and the poor and for a return to a “consistent ethic of life,” pioneered by Cupich’s Chicago predecessor, Cardinal Joseph Bernardin.

Francis has also worked to reshape the College of Cardinals. Historically, cardinals were selected from large dioceses or from the heads of important Vatican congregations. Francis has drawn from those places, but he has also appointed as cardinals bishops who are not widely known outside their home countries, such as Dieudonne Nzapalainga from the Central African Republic and John Ribat from Papua New Guinea. That trend is likely to continue as the pope seeks a College of Cardinals that reflects the reality that two-thirds of Catholics now live in the developing world.

Returning from his first overseas trip in 2013, Francis was asked by a journalist about gay men in the priesthood. A single line from the pope’s response—“If someone is gay and he searches for the Lord in goodwill, who I am I to judge?”—quickly made headlines around the world. Vatican officials were quick to point out that the pope was not suggesting a change in the teaching of the church. Nevertheless, it quickly became clear that Francis wanted to take a more pastoral approach to the LGBT community.

Francis’ new tone quickly trickled down to many of his brother bishops. Cardinal Archbishop Christoph Schonbörn of Vienna, the general editor of the Catechism of the Catholic Church, has repeatedly spoken about the positive value of committed gay and lesbian relationships. Many of the bishops that Francis has appointed have been even more forthright. Archbishop Tobin recently welcomed a group of 100 gay and lesbian Catholics and their families to his cathedral. “These are people who have not felt welcome in other places,” said Cardinal Tobin to the New York Times. “My prayer for them is that they do.”

The new approach is not without its detractors. Exhibit A in that regard would be the fierce debate over Father James Martin’s recent book, Building a Bridge: How the Catholic Church and the LGBT Community Can Enter into a Relationship of Respect, Compassion, and Sensitivity (Harper Collins). Martin’s critics fear he is creating confusion about what the church teaches about homosexuality and some have tried to prevent him—mostly without success—from speaking at Catholic parishes and colleges. A key sign of the changed climate, however, is the number of cardinals and bishops who have spoken out in support of the book. It is hard to imagine that happening under any previous pope.

“The cry of the earth”

Pope Francis is certainly not the first pope to speak about the importance of protecting the environment. Pope Benedict was dubbed the “green pope” for his repeated comments on the issue and his decision to install a large solar array on the roof of a Vatican building.

Until Francis, however, no Catholic pope had published an encyclical specifically focused on the environment. With the publication of Laudato Si’ (On Care for Our Common Home) in early 2015, that gap was filled. While media coverage in the West tended to focus on Francis’ warnings about climate change, the pope was equally concerned about air and water pollution in the developing world caused by the irresponsible behavior of some multinational corporations. Francis wrote that we must “hear both the cry of the earth and the cry of the poor.”

Francis’ encyclical was particularly well-timed. It coincided with the run up to the United Nations summit that produced the Paris climate accords in December 2015. Francis called the agreement “historic” and urged its swift ratification. He also worked to defend the pact after President Donald Trump’s decision to withdraw the United States from the agreement, personally asking other world leaders, like Angela Merkel, to step in and fill the gap created by the lack of American leadership. As a result of Francis’ efforts, the Catholic Church is now a global player on environmental policy in a way that has not always been true in the past.

“Their cry rises up to God!”

From the beginning of his pontificate, Francis has placed the concerns of migrants at the center of his teachings. His first visit outside Rome after his election was to the tiny island of Lampedusa in the Mediterranean, a way station for refugees sailing from North Africa to Italy. Using an overturned boat for an altar, Francis celebrated Mass and spoke of the challenges migrants face: “How often do such people fail to find understanding, fail to find acceptance, fail to find solidarity. And their cry rises up to God!”

Francis subsequently asked every parish and religious house in Europe to take in at least one refugee family. In 2016, as he was reorganizing the Vatican offices dealing with justice, peace and charity, he ensured that the office dealing with migration issues would continue to report directly to him.

While the Catholic Church in the United States has been supportive of immigrants and immigration reform for some time, Francis’ words have provided helpful support to bishops who find themselves at odds with the Trump administration over these issues. John Gehring, a former staffer at the USCCB, recently noted in Commonweal that more bishops are willing to describe immigration as a pro-life issue. “The specific use of pro-life framing to address immigration shows that Pope Francis is influencing the way bishops speak about public policy questions,” wrote Gehring.

The United Nations High Commission on Refugees has estimated that more than 65 million people around the world have been forced from their homes due to armed conflict, famine, or persecution. That is the largest number ever recorded, a humanitarian disaster of unprecedented proportions. Francis’ decision to place the Catholic Church decisively in solidarity with these suffering millions may ultimately be one of the most significant decisions of his papacy.