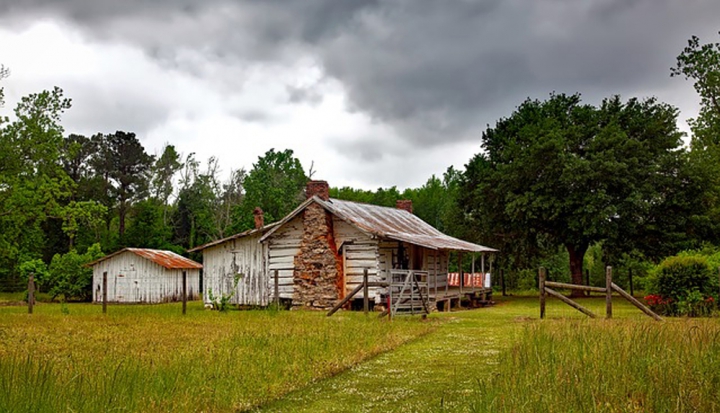 In a distinguished career as special rapporteur on extreme poverty and human rights for the United Nations, Australian Philip Alston has visited some of the earth’s most troubled and impoverished places. He has witnessed everything from the ravages of internecine conflict in the Central African Republic to the misery of a cholera epidemic in Haiti. But after a fact-finding mission in December to yet another troubled nation, Alston pronounced himself shocked by the conditions and the poverty he and his team had seen.

“I saw sewage-filled yards in states where governments don’t consider sanitation facilities to be their responsibility,” he said in his report to the United Nations. “I saw people who had lost all of their teeth because adult dental care is not . . . available to the very poor; I heard about soaring death rates and family and community destruction wrought by prescription and other drug addiction.”

Alston wasn’t visiting a newly emerging economy in South Asia or an African nation trying to restore itself after civil conflict but the United States of America, where he encountered a level of poverty and social disenfranchisement that he described as unprecedented in an advanced economy.

Indeed the United States stands alone among its peer-states in the Organization of Economic Cooperation and Development (OECD). Infant mortality and youth poverty are higher in the United States than in any other advanced Western state. Though the United States spends more than twice as much per capita as the OECD average, its citizens can expect to live “sicker and shorter” lives, Alston pointed out in a press conference announcing his findings. Wealth inequality was the highest among OECD countries and social mobility among the lowest. Almost a quarter of America’s children are growing up poor.

“The United States is one of the world’s richest, most powerful, and technologically innovative countries,” Alston writes, “but neither its wealth nor its power nor its technology is being harnessed to address the situation in which 40 million people continue to live in poverty.”

Those who have ears to hear may learn some hard truths about the real American exceptionalism; despite its wealth and power, the United States is lagging significantly behind many other nations in measures of social well-being and mobility, basic services, and civic engagement. At the heart of much of the day-to-day struggle among the nation’s poor is the persisting lack of access to adequate and affordable health care, a remarkable failure in an era when every other advanced economy has long managed to provide universal health care. Washington’s priorities confirm rather than resolve the inequities detailed in the Alston report.

Subsidiarity urges that needs are best addressed at the lowest possible levels of authority. By that guide, families and communities should be properly girded to confront the civic and social concerns of their times. But when mere survival has become an overwhelming daily challenge because of an impoverishment of social supports, subsidiarity and personal responsibility break down.

“The idea of human rights is that people have basic dignity and that it’s the role of the government—yes, the government!—to ensure that no one falls below the decent level,” Alston told reporters in Alabama. “Civilized society doesn’t say for people to go and make it on your own and if you can’t, bad luck.”

To a surprising degree, this has become a radical message in the United States. To the rest of the affluent world, it is appreciated merely as common civic sense.