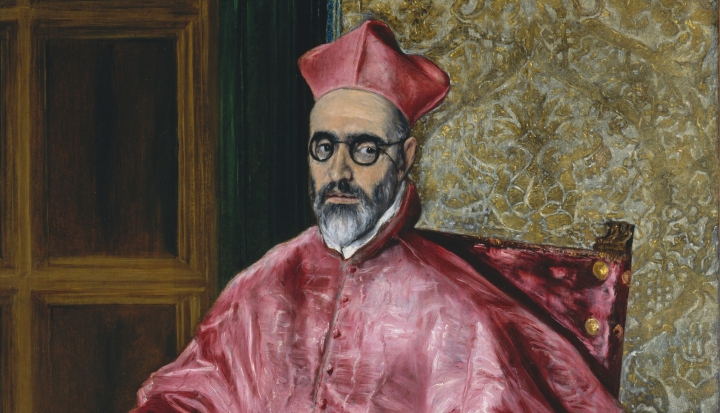 My junior year of college, a friend of mine decided to change his major from biology to theater and pursue a strong nagging desire to become an actor. When he announced his decision to our friends, every person began contending with one another to be his date to the Oscars in the event he was ever invited to the awards show.

I did not care about the (very small) chance to one day attend the Oscars. Instead, I requested to be the one he took to the Met Gala.

I am a life-long fan of the Met Gala. I am both an art lover and someone who finds high fashion intriguing for its ingenuity. The annual gala, held at the Metropolitan Museum of Art in New York City, has always been a legendary celebration where both these interests of mine collide.

The Met Gala has a much richer history than most are aware. It was started in 1948 by publicist Eleanor Lambert as a philanthropic event to bring in money for the Met’s Costume Institute. The event has continued to fundraise for this purpose ever since—and boy, does it raise a massive amount of money. In 2017 tickets to the ball ran for $30,000 apiece and tables were a costly $275,000, making the event one of New York’s most exclusive. The 2016 Gala raised $13.5 million, also making it one of New York’s most successful fundraising events.

In 1995 Anna Wintour, the notorious editor-in-chief of Vogue, began chairing the event, ultimately turning it into the iconic evening it is today. Today, each year the Gala centers around a different theme based on one of the Costume Institute’s exhibits.

The themes of years past have ranged from individual designers (Alexander McQueen in 2011 and Rei Kawakubo, the designer behind Comme des Garçons, in 2017) to general concepts such as punk fashion and culture (2013) and Britain’s impact on high fashion (2006). Guests, who consist of fashion’s biggest names (from designers to supermodels) and celebrities from all walks of entertainment are invited to dress accordingly.

It is the themes and the corresponding costumes that have made the Met Gala controversial over the last few years. In 2015, for example, the ball’s theme was called “China: Through the Looking Glass.” It was intended to celebrate China’s influence on Western fashion design, but the execution left something to be desired.

Critics were skeptical before the event even took place, worrying that celebrities and designers would veer towards the politically incorrect with their costume choices, it turns out rightfully so. Sarah Jessica Parker, once heralded as the unofficial queen of the Met Gala for her strict adherence to dressing on theme and creative work with designers, showed up to the event wearing a headpiece and outfit that fashion writer David Yi referred to as “blatant racism.” To make matters worse, her outfit was designed by H&M and not by one of the many Chinese designers, such as Guo Pei, Lan Yu, or Jimmy Choo.

Yi described Parker’s outfit as an example of “the spot-on Asian Dragon Lady stereotype.” He said that “Parker probably didn’t realize, then, that she was setting Asian women back 75 years to the 1930s to the first derogatory ‘dragon lady’ portrayal.” Yi also noted that the “dragon lady” stereotype, which was initially intended to credit Asian women with strength and independence, turned into a Hollywood trope to distinguish them as villains, instead.

Parker wasn’t the only one to play into culturally insensitive themes at the 2015 event. Emma Roberts showed up wearing chopsticks in her hair and toting a black clutch with an embroidered dragon on it. These fashion stereotypes are not rooted in any cultural truth, and portray Chinese people and fashion as caricatures. For example, though the dragon is a common mythological creature in Chinese history, it is rare to see it in everyday fashion and instead it is used by Western cultures to poorly identify Chinese culture.

As for the chopsticks Roberts wore in her hair, this is what is known as cultural misappropriation, or using an aspect of a culture in an incorrect way that reinforces stereotypes. In fact, there is no culture in Asia that ever wore chopsticks in their hair. However, the use of hair sticks, which may appear similar to chopsticks, was prevalent not in Chinese culture, but in those of ancient Greece, Rome, and Japan.

Following the backlash after this Gala, the event began to veer back towards its roots, once again choosing soft themes like machinery and specific designers. So imagine my surprise when the 2018 theme was revealed as . . . the Catholic Church.

Officially the theme is based off an exhibit called “Heavenly Bodies: Fashion and the Catholic Imagination,” which compares fine art depictions of Catholic figures to modern fashion designs created by top designers. That, in and of itself, is relatively tame, even if I fail to see the purpose.

For example, the exhibit makes a comparison between El Greco’s portrait of Cardinal Nino de Guevara and a 1954 red evening coat by fashion house Balenciaga. The exhibit, as well as the Gala’s theme, claims that the fashion designer was influenced by cardinals’ robes (as portrayed by El Greco).

However, I see this as a total stretch. A red coat, styled in the way of typical evening coats of the ’50s, was likely not influenced at all by the Catholic Church. To have an entire Gala of celebrities attempting to be influenced by the robes worn by Catholic leadership will be interesting at best and embarrassing at worst.

To me this theme begs the question: Would it be okay if the theme were a different religion? If the exhibit was based around Islam of Judaism’s influence on high fashion would there be such blatant acceptance of the theme? I think not.

In the Gala’s defense it should be noted that the Met has consulted the Vatican, which has even loaned papal pieces to the exhibit (think rings, vestments, and more). But in my opinion this doesn’t excuse the theme. Once again I find myself asking, would it be okay if it were a different faith? And over and over again I come to the conclusion that no, it would not be, especially given the Gala’s legacy of past disregard for cultural sensitivity.

In my eyes this theme does nothing to celebrate Catholic tradition and rather exploits it to create shock and awe and raise money for a cause that is not in line with Catholic social teaching. Does this mean I will not be checking in to see what everyone chooses to wear? No, I definitely will. But I will be looking with a critical lens of what can be understood as a celebration of a religion and what instead veers towards mockery and appropriation.