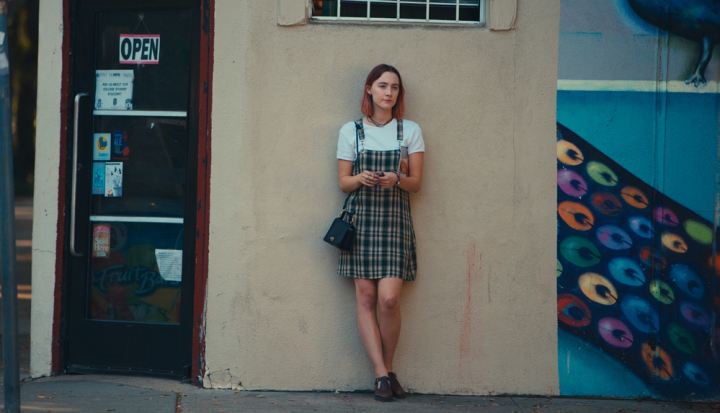 I have never seen a movie more true to experience at an all-girls Catholic high school than Greta Gerwig’s Lady Bird.

The film follows 17-year-old Christine “Lady Bird” McPherson (played by Saoirse Ronan) as she navigates her senior year at Immaculate Heart High School in Sacramento, California. Lady Bird argues with her mother (Laurie Metcalf), confides in her father (Tracy Letts), forges new friendships, explores romantic relationships, and applies to college, all while desperately trying to be different and still accepted by her peers. It’s an all-too-familiar feeling for anyone who was once a teen searching for identity.

Gerwig’s characters are real, flawed people whose struggles and successes aren’t all that different from those I faced at my all-girls high school (no surprise, since Gerwig herself attended one). Even the more far-fetched moments—like when Lady Bird and her friend Julie (Beanie Feldstein) are caught snacking on unconsecrated hosts—are presented with such raw honesty that I chuckled at how that could have easily happened at my school.

The film also does an exceptional job of presenting priests and nuns who aren’t riddled with stereotypes. Sister Sarah Joan (Lois Smith) isn’t the stern, cold nun you often see in film; instead, she’s a three-dimensional character who tries to encourage and genuinely relate to students. She reminded me of the sisters who walked the halls at my high school, always showing love and compassion to me and my friends.

Although the film begins and ends in a church, the Catholic imagery throughout is never overbearing. Lady Bird herself isn’t even Catholic. But her kindness, weirdness, and headstrong pursuit for identity are celebrated among a supportive Catholic community. That unwavering support alone made me nostalgic for my high school years.

Photo by Merie Wallace, courtesy of A24