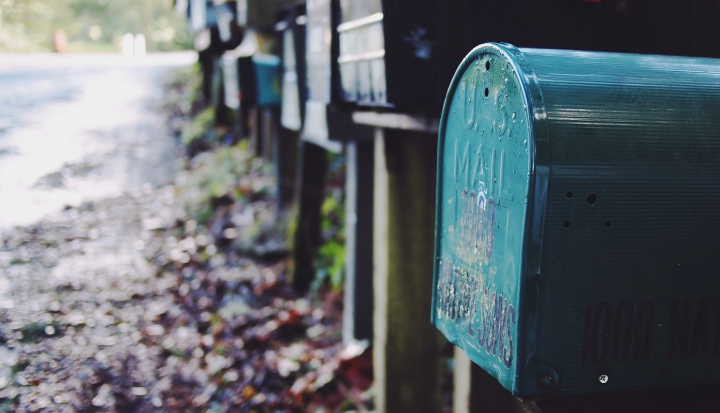 In high school my tight-knit group of friends and I would converge on weekends at our friend Nicole’s house. We would load up on snacks, candy, and pop and settle in for long nights of staying up late gossiping and watching MTV in the basement. That basement was our own personal refuge, a fortress of female friendship.

One day Nicole’s mom picked us all up and drove us one town over, where we arrived at Nicole’s grandparents’ house. We were all wondering what we were doing there. No sleepover in our favorite basement tonight?

Our questions were soon answered. Sitting in the unfinished basement of the house, cross-legged on cold linoleum, Nicole told us her family would be moving there. They could no longer afford their home in the affluent suburb in which we grew up and were forced to move in with their extended family.

The sentence didn’t really strike a chord at the time. It didn’t carry any weight because she wasn’t actually homeless—they had a place to go to, family who cared about them. So we all smiled and laughed and played hand-clapping games while imagining what our new fortress would look like when they finished renovating the basement.

It was beautiful when it was done, and it did become our new hangout space. It was like nothing had changed, and I didn’t give the idea of homelessness a second thought.

That was, until my family found ourselves in the exact same situation a few years later.

The conversation had been in the works for a long time, as I recall. Property taxes were too high in our town and the mortgage was getting increasingly harder to pay as my family suffered the effects of the Great Recession. At some point it had been discussed, but nothing tangible came into fruition until my senior year of high school. Then came the breaking point, and we either needed to sell the house or risk foreclosure.

When the time came to move, we procrastinated cleaning out and boxing up the belongings that had been in our home for the last 15 years, leaving us with very little time to get the job done. It was a whirlwind of packing and purging, packing and purging. It was the beginning of the summer, but school was still in session—I would come home and get to work alongside my family, deciding what was going to come with us to my grandmother’s house, what would go to storage, and what would be tossed outside in the large dumpster we’d rented.

The work was hot and hard, but my family rallied together and even some of my close friends came over and helped us empty our basement of its contents. It was the cleaning of the basement that was the most difficult for my sister and me. Although we played plenty of fun games (“guess what year this is from”), it was still difficult to part with things we associated with our childhood. There were times we would have to toss a Christmas decoration or children’s toy no one had actually looked at in years, but my sister would recall a memory and desperately plea with my mother to keep it around. The answer was always that we could not hold on to everything.

That’s the thing about stuff, about leaving a home: it seems trivial when you have a place to go, but there’s a spirituality to creating a home. Although my grandmother’s house had been like a second home growing up, it still wasn’t the place I had come to associate with the love of my family. For 15 years the five of us (plus two dogs and one late hamster) had laughed together, cried together, argued, and reconciled under that shared roof. My brother had his first steps in that home, I had my first kiss in the driveway, and my sister had recovered from a life-threatening illness there. My mother and father had created a sanctuary in that blue house in the middle of a cul-de-sac with a tattered mailbox that had been knocked down by rogue cars one too many times. We were not just leaving a house, we also were leaving a piece of our hearts behind.

Through the process of moving, there were tears and laughter (a memory comes to mind of my sister and I chucking a Nokia phone from her second-floor bedroom window to see if we could break it—we couldn’t). As we finished the hard work—the boxing, the cleaning, the refinishing of our hardwood floors with our own hands—I recalled Nicole’s comment about being “technically homeless.” I realized I was in the same boat, but rather than feeling without a physical home, I realized my sadness was about leaving my emotional home.

The exact number of the “hidden homeless” is unknown, but millions of Americans face this situation every day, and it just might sound familiar to you. Hidden homelessness is a term referring to those people who are experiencing homelessness not in the traditional sense: They are the teenagers couch-surfing after leaving their family homes, the families moving from friend’s house to friend’s house until they can make ends meet, and families like my own, forced to move in with relatives, giving up the property they once owned or rented.

According to a study from the Pew Research Center, the number of adults living in multigenerational homes increased by 10.5 percent between 2007 and 2009. In a follow-up study in 2016, they found that in 2014 a record 60.6 million Americans were living in these situations, which accounts for 19 percent of the population. The increase between 2007 and 2009 was the largest bump in multigenerational housing ever to occur. Experts believe the phenomenon is based on the effects of the recession—a reality more families than my own faced.

A New York Times article from 2010 profiled a family to show the effects of the recession on housing situations for families across America. The Maggi family, the subject of the article, took in not one but two of their adult children and their families. One of their daughters had tried to go to a shelter first but realized her family would be split up by gender. Asking her parents for shelter was a last resort, much like it is for many families confronted with such a decision.

Hidden homelessness is incomparable to experiences of those people who find themselves sleeping on the streets, so I personally struggle with the term. Never once did I feel the stress or fear that people experiencing homelessness face every single day. However, there was considerable emotional stress and uncertainty, especially for my parents. They were giving up the life they had worked so hard for; they had to leave the home they created for their children.

There was never a conversation about how long my family would stay at my grandmother’s house. I assumed it was forever, and it appears that may be accurate. This is not the same situation for every person going through hidden homelessness. Not everyone has a family that is willing to take them in indefinitely, willing to embrace them and create a new home. For many, this kind of homelessness means staying for short bursts in the homes of friends or relatives, with no permanent address, moving around to avoid overstaying a welcome. In these instances, the stress is unimaginable.

I am fortunate to have had the experience I did when my family had to sell our house. It was painful to leave the warm safety of the place I grew up in, but I’ve come to find my new spiritual home where my family lives now. In fact, the big move and relocation to smaller quarters with extended family has perhaps only brought us closer together.

Sometimes when I’m in my old town I walk past the blue house in the middle of the cul-de-sac just to check in. The new owners have put up a clean white picket fence in the backyard (much to my dismay) but kept the ragged old mailbox my father painted the wrong shade of blue. The lawn is greener now, the garden beds better kept than when my family inhabited the house. It’s bittersweet—I recognize the structure, the little window that peeked out of my sister’s walk-in closet, the slanted roof outside my own bedroom window I snuck onto to precariously sit on summer nights, but I don’t recognize the spirit of the house anymore. It no longer belongs to me or the people I love.

So I take a last look to remember the good times and say a silent goodbye to the house that raised me.