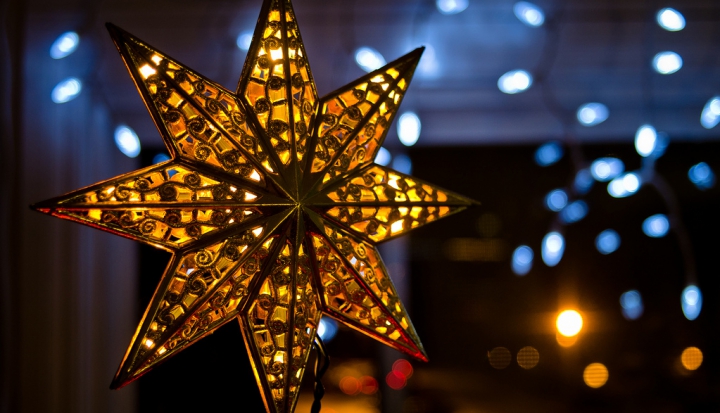 “Do you think Christmas really happened that way?” I asked my friend Brian one cold winter evening at the Catholic Worker farm as we gathered wood for a Christmas Eve bonfire.

My question was prompted by the commentary by various New Testament scholars I had been reading on the infancy narratives in Luke and Matthew. I had different ears when I heard the familiar scripture proclamations at Mass in the weeks leading up to Christmas: Isaiah’s promise of lions and lambs living together in peace, Mary’s visit to her cousin Elizabeth, the journey to Bethlehem, Joseph’s dream, and finally the birth of Jesus.

Through carols, pageants, and Christmas card images, the two distinctive infancy narratives had been seamlessly merged in my imagination, though they are quite distinct and reflect Matthew’s and Luke’s respective points of view. In Matthew, Joseph and Mary start in Bethlehem and come to Nazareth. In Luke they start in Nazareth and come to Bethlehem. Luke emphasizes Mary’s courageous response to the angel’s invitation, whereas Matthew presents Joseph as a model of faithful obedience in his response to his visionary dream. We get the gift-bearing magi only in Matthew’s gospel and the humble shepherds in Luke’s, though my family’s heirloom nativity set—like nearly all nativity sets I have seen—include both sets of characters. Asked to dissect the infancy narratives with various methods of interpretation, I had lost a certain naiveté as we moved through the Advent season.

“I mean,” I explained to Brian, as we tramped through the central Virginia woods picking up kindling with mittened hands, “do you think there were really shepherds, wise men, the star, angels . . . all that is described in Luke and Matthew?”

I wanted Brian’s take on the historical veracity of the infancy narratives, but he heard my question differently.

“I think it really happens that way,” he answered. “I think God comes into this world poor and in unexpected places.”

Bryan’s breath came out in cold white puffs before his face as he told me that the stories need not be dissected as historical documents. Rather, they offer a timeless pattern of truth. The story of what happened 2,000 years ago in Palestine provides a template for looking for how God is present in the world today.

God arrives in ways that are small, poor, hidden, and unexpected and comes into a world torn by violence, battered by the death-dealing forces of empire, struggling against powers and principalities that seek to extinguish the light. God is here among people who are overlooked and marginalized. God is decidedly present among those for whom—in the here and now—there is no room at the inn.

Brian’s response helped me to hear the Christmas story in a new way and pulled me out of the academic rabbit hole into which I had plunged. After all, no matter how little or how much exploring of the historical and literary context of scripture we do, it is ultimately our task to reflect on how the gospel is brought to life today in our context.

The plot of the Christmas story has been sanitized for children’s books and prettied up through our annual holiday festivities, and then further obscured and secularized by much later cultural additions of red-nosed reindeer, Santa Claus, snowmen, and the like. Though we harmoniously sing in a major key about the “silent night, holy night” of that “little town of Bethlehem,” Mary and Joseph took risks, faced exclusion, endured the hardship of Roman occupation, and lived with threats of violence.

Theirs was not a comfortable, secure life, and though we sing “sleep in heavenly peace,” Jesus of Nazareth was not born into a peaceful time and place. A manger is not a comfortable, cozy crib, though it might appear to be in the crèche at the front of the sanctuary at Midnight Mass. A gift of myrrh—used for embalming—prefigures the brutal death Jesus will die on the cross.

The reality of Mary and Joseph’s marginalization and the precarious situation into which Jesus is born are clearly there in the gospel texts. As Pope Francis has pointed out, the Holy Family knew what it meant to be refugees and to flee violence. Studying the historical context of the infancy narratives does stretch those of us in comfortable middle-class environments of privilege to think of those who live daily with a vulnerability and precariousness that mirror those of the Holy Family. In recognizing Mary and Joseph’s marginalization, as Brian did, we are pointed to those who are marginalized here and now to ask how Christ is coming into the world, where we might see a manifestation of Emmanuel—God with us.

“Christmas happens that way.” Brian’s words become a refrain that I have remembered every Advent. The question moved from past to present tense and continues to guide my Advent journey each year.

One December, I’m in the parish center-turned-temporary-homeless-shelter. The space is crowded with 50 cots plus round tables at which parishioners and guests play cards. There are the smells of stinky feet as well as just-cooked lasagna; the sound of a guest and a few high school youth group members jamming on guitars in the corner. It is joyful chaos as I step into the warm, noisy parish center from bitter cold outside to deliver a plate of brownies and help dish up plates of food. In the table fellowship between ex-felons and ministers, addicts and suburban grandmothers, college students and day laborers, I remember Brian’s words.

Another December, I am at a pro bono law office where I am interpreting between Spanish and English for an immigration attorney and her client, a Central American girl seeking asylum. After we finish the consultation, the plucky, dark-eyed teenager turns to us to say thank you. “Gracias—Dios está con ustedes,” she tells us. God is with you. Knowingly or not, she offers us the blessing of Emmanuel, as Christ is named in the traditional “O antiphon” prayers in the final days of Advent. As I smile in gratitude at the girl, I remember Brian’s words.

Another December, a group of friends and I are caroling at a local nursing home. While most residents are engaged and sing along, there is one nonagenarian woman who dozes lightly in her wheelchair, or gazes blankly off in space, seemingly lost in dementia’s thick fog. Someone requests “Angels We Have Heard On High,” and we begin the song with gusto. As we reach the refrain the woman unexpectedly turns to me, her blue eyes lucid and locking on mine. She extends her hand to me, and I take it. Her grip is gently firm and warm.

“Gloria,” she sings, her voice strong and joyful as she joins in the chorus of praise. “Gloria in excelsis Deo.” Together we sing the angel’s song of exultation, and I remember Brian’s words.