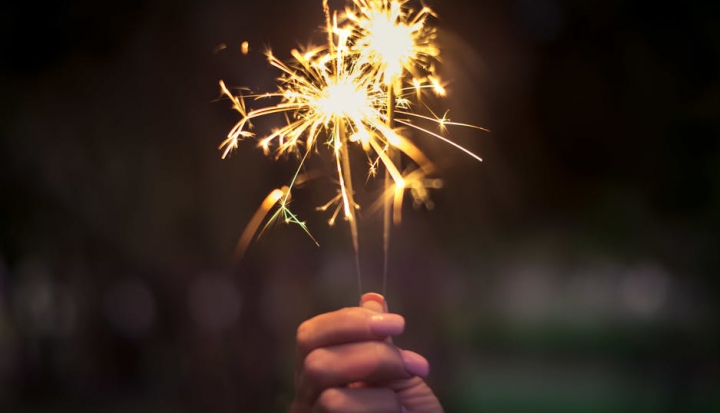 January is a month of possibilities, full of the hope and newness of a new year. In this spirit of renewal, we reflect on the past and discern our desires for the future. For most people this process results in a New Year’s resolution.

Self-improvement is the most common approach to resolutions. In 2017 the most popular resolutions were to exercise more, lose weight, eat healthier, get organized, learn a new hobby, and spend less and save more. Each year millions of Americans, myself included, make a concerted effort to improve their health and well-being. Yet by mid-February 80 percent have given up. Like the movie Groundhog Day, we just keep repeating the same pattern over again.

If progress is our goal, there is a flaw in the system. Conceived as fixing individual flaws, our resolutions tend to isolate rather than bring individuals together. Achieving goals is easier when we have the support and accountability of a community. Focusing on flourishing instead of fixing flaws changes the scope of New Year’s resolutions.

The path to deeper and more persistent New Year’s resolutions is found in the liturgical calendar. On January 1 Catholics celebrate two important feast days: Mary, the Mother of God and the World Day of Peace. Intentionally linked by Pope Paul VI, both feasts call our attention to the one human family and our common identity as children of God.

In his 2016 World Day of Peace message, Pope Francis identified indifference to God, neighbor, and creation as primary barriers to living in solidarity as one human family. Through indifference to God, “we have come to think that we are the source and creator of ourselves, our lives and society.” The cultural vision of recreating yourself through a New Year’s resolution reveals this sense of self-sufficiency. In contrast, the feast of Mary, the Mother of God calls our attention back to the mystery of salvation and Mary’s unique role in the incarnation. Placing God at the center shifts our focus, and as we discern our hopes and dreams for a new year there is more space for the community.

A new year allows us to be more fully human together. Indifference to neighbors “finds expression in disinterest and a lack of engagement, which can only help to prolong situations of injustice and grave social imbalance,” according to Pope Francis. Globally, the refugee crisis and scourge of human trafficking are met with momentary outrage followed by indifference.

Domestically, recent years have exposed deeply rooted racism and sexism, challenging the ease with which many have been indifferent to racist stereotypes and sexual harassment they have witnessed. Recent record-breaking hurricane seasons remind of the human and ecological costs of indifference to creation. Do we make room for God and society as we discern our New Year’s resolutions and priorities for the coming year?

As you determine your New Year’s resolutions, discern together concrete resolutions focused on justice in the one human family. In prayer, we as friends, families, parishes, and communities resolve to address one or more of the pressing social injustices. Addressing racism or sexual harassment are two clear ways in which individuals and communities can resolve to work for justice and reject indifference.

Rethinking resolutions together, in prayer, may provide the community support and accountability to stick with them. Reflecting on our own dignity in relationship to others at the start of a new year places us on a firm path toward greater justice. And when mid-February comes so does Lent, where we’re asked to engage in practices of self-sacrifice focused on God, neighbor, creation, and the mystery of salvation.