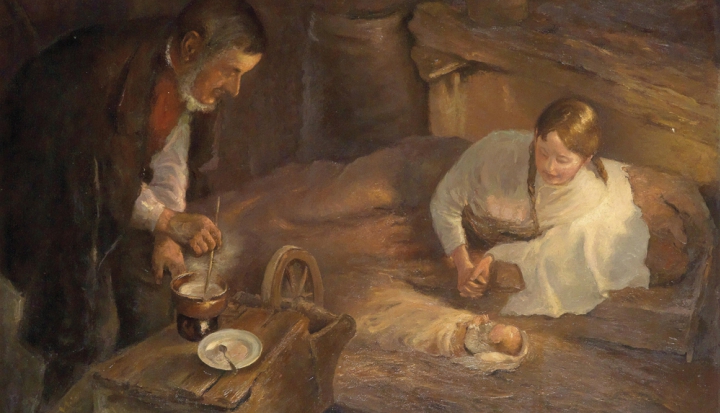 Advent is a wonderful season because it’s all about waiting for a baby. Who doesn’t love babies? Religion is sweet when it concerns a tiny bundle of life we can hold in our arms and upon whom the very hope of the world depends. More people would sign up for church membership if it were all as lovely and cuddly and charming as this.

But be forewarned: The baby is a thief.

King Herod is the first to suspect this. Sages from the East have seen a star predicting a royal birth and a new kingdom coming. The king of the Jews finds this scenario alarming. A transfer of power is not what Herod has in mind. He likes being king very much. He’s a man who finds pleasure in power and reads a threat in every face around him. And with good reason: Only half Jewish and personally indifferent toward religion, Herod is universally despised by the people over whom he exerts control. Violence is second nature to a man as ambitious and ruthless as this.

Herod has murdered before. Family, even loved ones, are not spared when the king’s paranoia is aroused. This is how the house of Herod is emptied of rivals, real or imagined: First his wife Mariamne’s brother, next Herod’s own brother, then his wife’s grandfather, then Mariamne herself. Herod proceeds in executing his sister Salome’s two husbands in succession—not without Salome’s cold approval, it should be said. Finally, Herod has three of his own sons, who would be his heirs, eliminated. A man who would not hesitate to execute the wife he loved and his own flesh and blood will not trouble himself about other people’s babies.

Especially if the baby is a thief destined to steal his thunder and his throne.

Fifth-century church father Quodvultdeus, a student of Augustine, writes vividly of King Herod’s dilemma: “Why are you afraid, Herod, when you hear of the birth of a king? He does not come to drive you out, but to conquer the devil.” Quod vult deus is Latin for “what God wills.” If Herod had cared at all for what God wills, he might have thought twice before choosing to slaughter all male children around Bethlehem under the age of 2. Killing is uncomplicated when the only lord you serve is self-interest.

Quodvultdeus accuses Herod: “You destroy those who are tiny in body because fear is destroying your heart.” When a heart becomes as shriveled and unresponsive as Herod’s, no appeal to compassion is likely. Fear is the archenemy of the heart. It makes us unfit for love, incapable of sympathy. The fear within us is a greater devil than anything we may point to outside of ourselves and call evil. The exterior enemy may, at best, do harm to our bodies. But the devil of our own fear can deform our souls and turn us into murderers.

Herod the Great fears an infant resting in his mother’s arms. The king’s reign has already been long and will end before this child reaches maturity (quite a bit sooner, in fact): what possible harm can this baby do to him? “Yet your throne is threatened by the source of grace—so small, yet so great,” Quodvultdeus chides. A chasm yawns between the ruler who defines himself as great, and the child for whom worldly greatness is a thing to be tossed away lightly, like a toy rattle that makes noise of no consequence.

Does this infant come to steal Herod’s authority? What use would he have of such a bauble? Ironically, “The King of the Jews” is a title that will be nailed to the cross of Jesus in his final hours. A title he never lived for, and clearly he would not deem worth dying for. Yet to Herod, it’s worth killing for, over and over, as he amasses corpses to preserve a swiftly passing kingdom of sand that will trickle from his fingers before he can close his fist on a grain of it.

King Herod, who lives to protect his power and destroy all rivals, spends his years ricocheting in the narrow channel between fear and violence. But what of those wise messengers, upon whom tradition also bestows the title of kings? Their hearts are expansive, enthroned by awe in a setting of deep humility. Peter Chrysologus, another 5th-century writer and doctor of the church, writes eloquently about them: “Today the Magi find, crying in a manger, the one they have followed as he shone in the sky. Today the Magi see clearly, in swaddling clothes, the one they have long awaited as he lay hidden among the stars.”

What sort of kings are the Magi? Not the earthly kind, surely: They have no territory to protect, no authority to brandish. Nor do they appear hijacked by the fear of losing what is theirs, or being dethroned or devalued in their acknowledgment of a newborn power. The heart not possessed by fear is free to be generous. And so the Magi are, bearing costly gifts that do not trouble them at all in the giving. These seekers have come all this way to give rather than to receive. They have given years over to the pursuit of wisdom. Now they arrive at the full flowering of that quest, to give themselves away in humble submission.

Peter Chrysologus describes the encounter: “Today the Magi gaze in deep wonder at what they see: heaven on earth, earth in heaven, [flesh] in God, God in [flesh], one whom the whole universe cannot contain now enclosed in a tiny body.” The divine now holds audiences in swaddling clothes, crying for his supper, the eternal Word paupered even in language. The power that invents the whole glorious universe finds strange new liberty in limitation. What do these kings of interior truth appreciate in their encounter with this infant king, birthed in such a spare and simple place?

They believe and do not question a thing, Chrysologus assures us, as their perceptive gifts testify: “Incense for God, gold for a king, myrrh for one who is to die.” The sages who have come such a long way at such great cost are not alone in their generosity. Who has come farther to Bethlehem than the Light of the World? And who arrives to give more selflessly than the one who gives his life for his friends?

The baby may well be a thief, who comes in the night when the unsuspecting world is sleeping. The world will indeed be found out, as the Second Letter of Peter says, when this thief tiptoes into our territory and discovers all that’s been hidden in our histories. When his coming reign is fully established, all property rights will revert to their original owner. Many powerful personalities will be brought to their knees. Is this stealing? Does the baby take what’s ours or what truly and eternally is his rightful inheritance?

What’s obvious is that those who cling to privilege and a sense of entitlement will suffer the greatest violation when the thief enters in. They will be robbed not only of wealth and authority but also of their illusions of what greatness means. The wise ones who study long and deep, contemplate the heavens, follow the light, and offer themselves freely will discover a different fate. Perhaps to their surprise, they will find they have nothing left to lose and everything to gain. 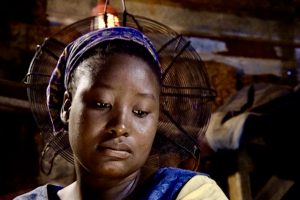