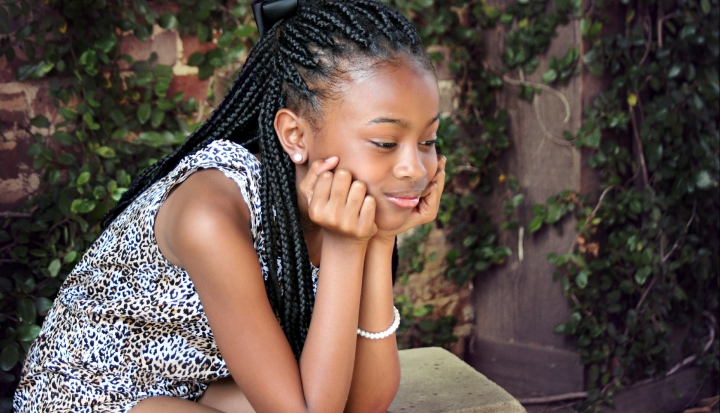 In mid-September I spoke at St. Catherine University in St. Paul, Minnesota where I met with about 25 middle-school students of the local black Catholic parish school. After talking about my ministry, I opened the floor to their questions and invited them to talk about their hopes and dreams. Immediately, a black girl no more than 12 years old raised her hand. With matter-of-fact directness she shared, “I’m afraid I’m going to die. I’m scared I’m going to be killed.” None of the other children expressed any surprise at this statement. That haunts me.

Days before my visit, a white campus security guard shot himself with a gun that he had brought on campus, despite the university’s policy that its security force be unarmed. The officer falsely alleged that he was shot by an African American man. The campus was put under lockdown for almost four hours while a police helicopter circled overhead and at least 50 armed SWAT officers swept the campus and interrogated black men in the neighborhood.

Tensions were still high in the community during my visit. Prior to my taking the podium, the evening was interrupted by the impassioned protests of a young black man who declared that the security guard’s lies had endangered the lives of those who look like him. Referencing other black men who have been killed during encounters with police officers, he shouted, “I don’t want to be next! What does it take for people to get it? To understand we’re not making this [crap] up?”

The little girl’s fear that she will never reach adulthood and the young man’s anguish that his life does not matter to his society speak volumes about what is wrong in America. We suffer from a collective inability to see the “other” as one of “us.” We are unable to hear that little girl’s hushed fear as that of our child, to hear the anger of the young man as that of our brother, cousin, or uncle.

Catholic social teaching calls this a lack of solidarity. Social scientists call it “racially selective indifference,” that is, an unwillingness to extend to another racial group the same sympathy and concern that one grants to one’s own. Stated more directly, one author declares, “The real meaning of race in America comes down largely to this: Is this someone I should care about?”

The actions of the white campus guard proclaimed that his job was more important than the lives of the black men who were implicated by his lie. The indifference of our society says that the fears of premature death among too many young children are of no concern.

When I speak about racial justice, I am often asked, “How can we talk about race in my parish, in my classroom, and not make white people uncomfortable?” I have come to realize that unless the majority becomes unsettled by the pleas of a young girl and the anguish of a young man, we will continue to limp from Ferguson to Baltimore to St. Paul to the next “eruption” and wonder why.

Something else happened during my visit. The local archbishop attended the event. Instead of offering the opening prayer and rushing off to his next engagement (the usual custom), he stayed for the entire evening. He witnessed the anguished outburst, listened to my presentation, and took copious notes throughout. He paid attention. He allowed himself to be uncomfortable. He modeled what I believe Jesus is asking of the church and his disciples, if we say that we love one another. His presence gives me a ray of hope that perhaps, one day, we can become a faith community where black fears—and thus all lives—matter.

A reflection for the eighteenth Sunday of Ordinary Time

What everyday Catholics are saying about the modern family