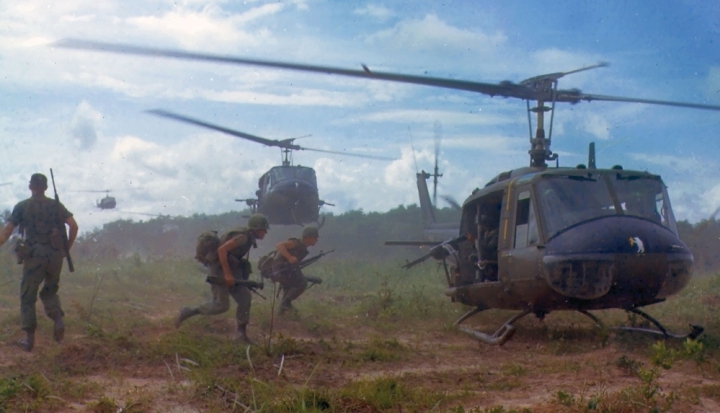 On the day my older brother was due at the draft board our father did not go to work. This was shocking. He always went to work. He never took a sick day. He barely took summer vacation. He rose early every morning and had toast and coffee and put on his fedora and walked through a thin scraggly forest to the train. But this morning he stayed at the table drinking coffee. This was startling.

He was never at the table when we three youngest brothers were at the table mowing through breakfast before school. But there he was this day sitting companionably at the head of the table reading the paper. This was The Long Island Press, a broadsheet newspaper as big as a heron when it wings opened. As the oldest of the youngest brothers I spoke for us collectively when speaking for us three seemed necessary so I asked our father politely why he was at the table.

My younger brothers listened silently. I will be accompanying your brother to the draft board, he said, from behind the heron’s wings. We did not know what a draft board was.

When our mother and our sister said the words draft board their voices were low and their faces tensed. Our brother had been in the Navy for one year of college and one summer during which he was on an aircraft carrier and sent us postcards. He never wrote more than ten words on the postcards. He was a terse gruff blunt brother who used words sparsely and pointedly and bluntly. He had no small talk, as our sister said. We did not know what small talk was either. We thought it might mean talk that did not mean anything, like when people nattered outside church after Mass.

The draft board was two towns away to the north. It was Local Board Number Four. When our sister said those four words you could hear the stern bristling dangerous capital letters. Those four words could send you to the war and the war could kill you.

We saw the war on television and on the heron when it opened its wings. Our brother had quit the Navy. He did not think that shooting people was a sensible way to solve conflict. He is applying to be a Conscientious Objector, said our mother. We did not know what this meant. A boy down the street said that this meant our brother was a Yellow Belly Communist Coward and I punched him in the eye and his father stalked to our house and stood on our porch and shouted at our father and our father who never ever raised his voice loomed out onto the porch and spoke quietly but curtly and the other father stalked back down the street with a red face and our dad was grim the rest of that afternoon.

Our dad had been in the United States Army in Not One But Two Wars, as our mother said, and it is a foolish silly soul who would dare speak to your father that way. Finally we had to go to school although we very much wanted to stay and watch our brother and our father drive off to Local Board Number Four, but no, off to school we went, slowly, looking back to see if the war would suddenly reach out and snatch our brother from the house.

When we got home that afternoon our mother and father and brother and sister were all at the table even though it was not at all time to eat and we asked what happened and our father said he was very proud, very proud indeed, at the articulate courage of our brother, and he was proud that our brother had so taken the message of the Gospels to heart even at the cost of possible prison, and that we also ought to be proud of our brother, and if we three smaller brothers grew up to be as honest and courageous as our older brother he and my mother would be very proud, very proud.

Our mother was weeping. Our brother sat silent. Our sister told us later that Local Board Number Four had been impressed that a veteran of the Second World War and the Korean War stood so proudly with his son as the son said that he refused to enter yet another war, because he believed violence was a terrible way to solve conflict, but that he, the son, would be honored to be of alternative service to the country he loved, which is why, said our sister, that our brother would be going away soon to be a teacher far away. Our mother said that we ought to be as kind to our older brother as we could in the days remaining to him in this house, and this we endeavored to do, for we loved him and he was our hero even though he was stern and gruff and blunt and had no small talk.

Even before this all happened we wanted to grow up to be like him but after all this happened we wanted even more to grow up to be like him because now our father also thought that our brother was heroic because he had The Courage of His Convictions, and if you did not have The Courage of Your Convictions you were only an empty vessel, a hollow man, an insubstantial person, a soul filled with naught but wind, no more than a tinkling cymbal, tossed this way and that by the prevailing wind, of no measure or weight or character, and that is no way to be, boys, no way to be at all.