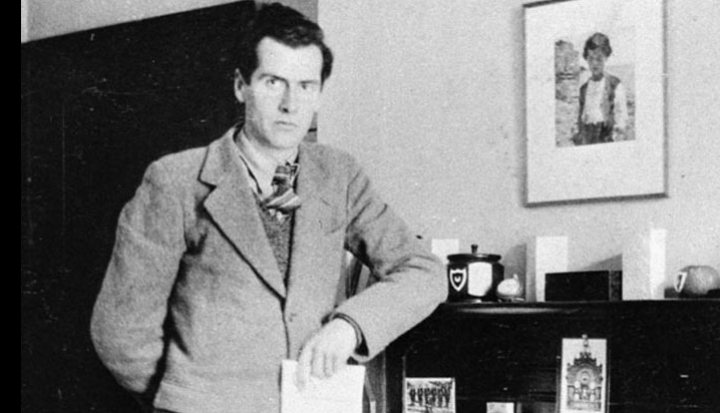 Marshall McLuhan is now known as an unofficial patron saint of the internet, a communication theorist who predicted a linked world united in a global village. McLuhan, who died in 1980, expounded his theories well before the laptop and the cellphone became an essential part of modern life.

But there’s another dimension to McLuhan as well, less understood and more hidden. He could also be called the patron saint of the Catholic scholar, a figure who weaves together mystical threads of theology with a perspective on modern life that made McLuhan a superstar guru of communications theory.

From the 1960s until his death in 1980, McLuhan improbably became part of cocktail party discourse and a household name. He was even featured expounding his theories in Woody Allen’s 1977 comedy hit Annie Hall.

McLuhan, born in 1911, was a native of western Canada, raised in both Edmonton and Winnipeg. He was the son of an insurance salesman and a theatrical mother, who nurtured his education and arranged for him to go to Cambridge in England, a citadel of learning far from the Canadian West.

While there he became immersed in the intellectual undercurrents of English Catholicism, eventually converting to Roman Catholicism from his own Baptist background in 1937. McLuhan was inspired by British intellectuals and writers such as Evelyn Waugh, who found Catholicism an intriguing option in a confused, pre-war time.

Educated in literature, McLuhan married his Catholicism with his studies of popular culture. After attending Cambridge, he taught at the University of Toronto, where he began exploring the postwar world of modern communications. He was fascinated by the life of his own children, who he discovered had moved beyond the print culture he was reared in. They watched the newly created television, listened to radio, read, and multitasked in ways that captivated their professor father.

McLuhan’s signature concept was that any new medium of communication alters the entire outlook of the people who use it. He saw the newly emergent medium of television transforming the world into what he called a global village, breaking down isolated pockets of racial and ethnic identities and forging new narratives shared by entire populations, who were returning to pre-print ways of hearing and experiencing stories.

One of his most-quoted sayings was, “The medium is the message”: The way stories are communicated is at least as important as the content itself.

McLuhan also had a strongly Catholic and mystical approach to his studies that few knew about. He was heavily inspired by the Jesuit mystic, scientist, and theologian Teilhard de Chardin. Indeed, in a rare reference to the mystical roots of his theories, McLuhan compared the global village to “the Christian concept of the mystical body,” a concept, he said, that only became technologically possible in the modern era.

Chardin, a Jesuit who died in 1955, wrote about modern technology as “the nervous system for humanity.” Chardin was famous for his studie of evolution, which he saw not as a threat to Christianity but as an unfolding of God’s creation. Modern communications, he wrote, was part of that evolutionary process. Well before television gained a foothold in modern life, Chardin wrote about the dawning of an age of one civilization, a precursor to McLuhan’s global village.

These ideas hit the United States of the mid-1960s with a bang. McLuhan’s theories were said to explain the generation gap (he theorized that the generations were nurtured on two different styles of communication and therefore were unable to connect). Corporations paid him large sums to lecture executives on their business models (he often told them they had no idea what they were doing). He was featured in scores of magazine and newspaper articles. Intellectuals (and would-be intellectuals) bandied about McLuhan’s proverbs, such as “the medium is the message.”

McLuhan argued that television would change the very way we evolve, changing our brains and our bodies (perhaps he had in mind the couch potato obesity epidemic!). He saw a world transformed by stories, brought to everyone by television. We were evolving, he said, towards a world much like that of our forefathers and mothers, who gathered together as tribes to hear narratives. The television set was the new campfire.

This phenomenon is at the same time universal—news travels in a millisecond throughout the world, breaking down national barriers—and also tribal, as we see and discover the meanings of the world in small groups gathered around an electronic storyteller. This global village could work for both good and evil, said McLuhan.

As McLuhan’s fame spread, few caught the connection with Chardin’s ideas. McLuhan himself was circumspect about it.

Perhaps this was partly because the church was not happy with Chardin’s theories. Chardin was regularly told he would be better off not talking about his ideas and that they would confuse the faithful. He was prohibited from publishing for much of his life. McLuhan, who taught at a church-affiliated college, may have shied away from making too much of any connection. In addition, the secular scholarly world may have been reluctant to embrace the religious mysticism inherent in Chardin’s thought.

Still, Chardin’s ideas undergird McLuhan’s theories. Chardin believed that the earth, the body of Christ, was moving together in the process of creation. McLuhan saw the implications of this idea for communication theory.

He saw his baby boomer children multitasking in their pursuit of knowledge, unlike in his own childhood, where knowledge was most frequently conveyed through literature. His children read, yet they also listened to pop music, watched television and consumed multiple media outlets, similar to the multitasking dimensions of today’s Internet age.

Indeed, in the 1990s McLuhan’s theories were applied by innovators of the emerging Internet, who saw in McLuhan a vision of how their own medium was transforming the world. Years after his death, McLuhan’s photo adorned the masthead of Wired, the print gospel of the Internet, a tribute to how a formerly obscure literary professor transformed the way the world views communication.

The impact of his thought cannot be overestimated: McLuhan transformed secular communication theory. But another dimension of his life and thought has been largely missed, and McLuhan might also serve as a patron saint of the Catholic scholar, merging the insights of the church’s mystical wisdom with modern realities, reinforcing insights into both realms.

Peter Feuerherd is a writer living in New York.