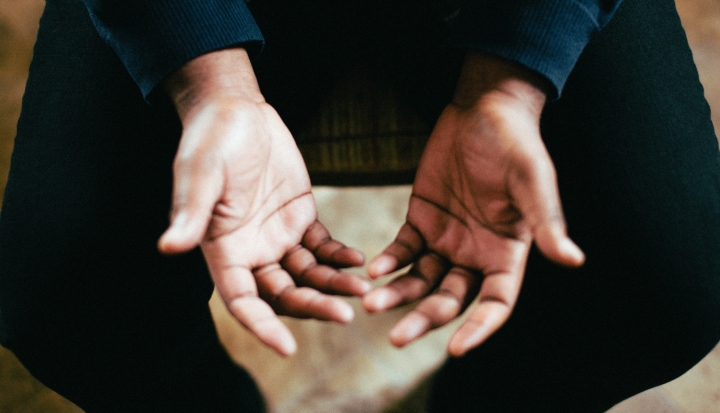 My high school was predominantly white, as was my teenage circle of friends. Within this context, the term white privilege had no meaning; economic class was the most common social difference I noticed.

During this time, I understood racism only as personal prejudice and hatred toward someone with a different skin color. One guy in my group of friends, for example, was racist in this way. When I drove him home one night after a party, he let loose a tirade against African Americans (using the most despicable word in the English language), and I immediately smacked him across the face. I told him, “You gotta stop that stuff, you’re better than that.” My violent reaction may have shocked him, but I felt that he had to learn. He was ignorant.

Years later, after graduating college and moving to the West Coast, I worked for a non-profit agency that provided counseling and youth development services to underprivileged youth and families. One day I held the door for an older African American man and greeted him by saying, “How’re you doing, man?” He stopped in his tracks, visibly upset, and replied, “What did you just say?” The smile fell from my face. I stuttered an apology, but I was confused as to why he was upset.

With my greeting, I thought I was blending in with the relaxed style of the West Coast. What I failed to understand was that my greeting had been an insult. The term man, which I thought everyone used was a derogatory term in this encounter. I realized years later that it was too close to boy, uncle, and worse forms of address to which countless black men have been subjected for centuries by whites. My white ignorance led to unintended harm. I had to learn. I was ignorant.

These are two small examples of white racism. Both are ignorant and both are dehumanizing. This was part of my journey into realizing that white racism and white privilege are not always blatant. But they always are there.

In the aftermath of Charlottesville and as the pressure rises to finally dismantle confederate monuments, I think it is helpful to remember that although the neo-Nazis and white nationalists are dangerous and wrong, they themselves are not the root of our nation’s problem. Rather they are the most blatant symptoms of a much deeper infection, just like bloody diarrhea is not the primary cause of an ill person’s sickness, but merely a symptom.

In this case, the violence in Charlottesville is but a symptom of the deeper infection of an ideology of white supremacy, rooted in the “original sins” of our nation—genocide, chattel slavery, and violent conquest.

In this case, “white supremacy” does not refer merely to the KKK and others of their ilk. Rather, it’s the social observation, made for centuries by figures such as Frederick Douglass, Martin Luther King, Malcolm X, and Kelly Brown-Douglas that it is white Anglo-Saxons who have raised their culture to the pinnacle of defining what is beautiful, good, true, holy, and socially accepted.

For me, it took many years to begin to understand the breadth and depth of racial injustice and suffering in this nation. Racism is more structural than personal and white privilege is a social fact, albeit distributed in varying degrees. Obviously, “race” has no biological basis. But that doesn’t mean it doesn’t matter. It matters much more than I used to think it did.

Being born into a white social location confers advantages that are not offered in the same way, if at all, to those born in a different racialized location. For example, there is an African American member of my church who was born and raised on Chicago’s South Side and is a bit older and smarter than I. Yet I am the one with a Ph.D., writing this piece, and with a full-time job as a college professor. Race is not the only factor in our different life trajectories. But it is an important one.

Possessing a white social location, even if I’m not particularly economically privileged, whether I like it or not, has given me access to things like networks for understanding college admissions, preference for honors classes, networks for job-hunting, loans for purchasing a home, judicial lenience for youthful indiscretions, and safe neighborhoods and good schools.

I am still learning to see and understand the ongoing realities of racism and white privilege and I continue to undergo a process of awakening.

One way to understand this is as what Edward Schillebeeckx calls a “contrast experience.” This is when you are confronted with a grave injustice or evil and cannot look away. Its negativity and sinfulness slap you in the face.

I have listened to an overwhelming number of personal stories by African American colleagues attesting to the realities of police brutality, daily racist encounters with coworkers, and the lack of access to decent jobs, safe and affordable housing, decent healthcare, or even a grocery store that sells fruits and vegetables. This experience contrasts radically with my understanding of God as pure life and positivity; God is the One who possesses and wields the creative power of life, redemption, and recreation of all humanity.

In response to this contrast, I protest, “This should not be!” This is a moment of revelation and conversion. God’s will to life becomes clear along with God’s preferential option for the poor, oppressed, and downtrodden. God’s presence is always among us, through the Spirit of Jesus Christ, and calls us to work to eradicate all that causes this unjust suffering. And God’s presence calls us to realize our own location within the structural sin, even if we ourselves did not create it.

My contrast experiences with racism and white privilege are an uncomfortable, strange, and even painful. Especially as I realize that both my former friend’s explicit personal racism and my own white ignorance were cut from the same cloth. To paraphrase one of Dr. King’s insights, the largest obstacle to racial justice is not necessarily the white nationalist or the Ku Klux Klanner but rather the well-meaning white person who remains uncommitted and indifferent in the face of injustice. Or willfully ignorant and unwilling to learn. Kind of like me.

My own contrast experiences was this helped me own my social location and the history I have inherited from my forebears, with whatever ambiguous power dynamics go along with it, and bring it before the God of Jesus Christ.

Power and privilege are not bad things in themselves. They are neutral, yet often infected by social and personal sin. Moreover, privilege cannot be fully renounced. It is conferred through an invisible social contract that is larger than my own ability to renounce, even though I desire to do so.

Instead, I ask for God’s guidance in ways to subvert and reorient privilege so that it may benefit others who have not been conferred such privileges.

This contrast experience, awakening, and ongoing conversion is not a curse. It can be a point of contact with God and a hard blessing. As I once heard preached, we often are like the gifts offered at the communion table. God takes us, blesses us, breaks us, and gives us to the world.

The contrast experience is the blessing of a careful breaking-down of an old identity for the purposes of creating a new, more Christ-like one. Only God knows what that will be. But it will be one that can fully hear the cries of my brothers and sisters who suffer from racism, a process that has stripped away their dignity and humanity.

God continues to open my eyes to the structural sin of racism, the deeper infection of an ideology of white supremacy and its victims, and the subsequent wages of white privilege that are placed into my pocket every morning. But God also reminds me that “white” is not an identity. It is something that has real meaning and consequences, often for my own benefit and for the detriment of non-whites. It is a social location that has been thrust upon me. I must own it. But I must remember that my ultimate identity lies in Christ.

And, as a member of Christ’s wounded and resilient body, I am emboldened to build community to resist evil and work for justice, healing, and a “beloved community.”