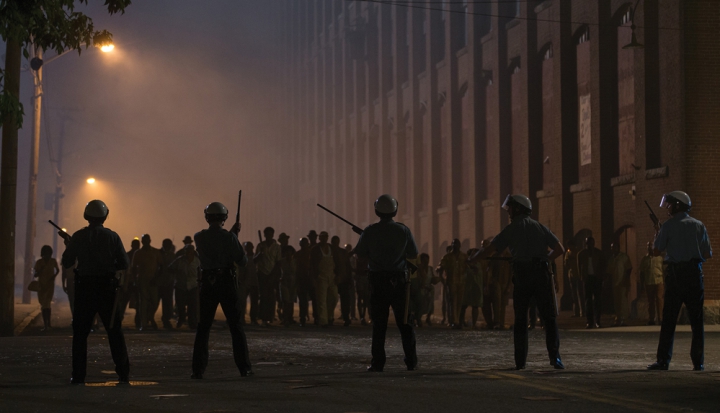 Entirely too much attention has been paid this year to the 50th anniversary of the 1967 “Summer of Love.” That’s when a small fraction of America’s white youth deranged itself and outraged its elders with a very public fit of drug-induced self-indulgence. But in black America, 1967 was a summer of uprisings as African Americans reacted to decades of police brutality with a display of long-suppressed rage. In city after city—from Houston to Newark—the rebellions bubbled up. They were violent, unplanned, chaotic, destructive, even self-destructive, but still they made the summer of love feel, to many in Black America, like a summer of justice.

The greatest of these rebellions was the one that shook Detroit. Sparked by a police raid on an unlicensed after-hours club, the Detroit riot continued for five days. Forty-three people were killed (33 of them Black), 2,509 businesses were looted or burned, 1,189 people were injured, and 7,231 people were arrested before order was restored by the National Guard.

By far the biggest change that has happened in police relations with Black and brown communities since 1967 is the advent of the omnipresent cell phone, which has allowed victims and witnesses to document events that in the past were successfully swept under the rug. Kathryn Bigelow’s movie, Detroit, shows us what we might have seen in 1967 if Black Detroiters had been armed with cameras.

Bigelow makes no attempt to explain or analyze the Detroit rebellion. Instead she gives us a tense, up-close depiction of one especially horrifying corner of it, drawn from the memories of some of the surviving victims. The story focuses most intensely on three characters: Melvin Dismukes (played by John Boyega), an African American security guard who’s working overtime guarding a grocery store during the violence; Larry Reed (Algee Smith), lead singer of an R&B vocal group, The Dramatics; and Krauss (Will Poulter), a white Detroit cop whom we first meet just before he guns down a fleeing looter with his arms full of groceries.

After a perfunctory check-in with an internal affairs officer, Krauss is back on the street with his shotgun, and the paths of these three characters converge at the Algiers Motel, an inner-city hangout near the store Dismukes is guarding. Reed and his band’s manager go there for refuge from the violence after a big performance was cancelled.

The Algiers seems like an island of peace and partying in the urban war zone. That is until one kid, in jest, fires off a starter’s pistol, and the cops decide there must be a sniper in the motel. Dismukes goes to the scene, hoping both to help out the cops and to exert some moderating influence upon them. But he is ultimately both sickened and compromised by the horror that ensues.

The search for the nonexistent sniper’s gun becomes, for Krauss and his partner, like America’s search for Iraq’s weapons of mass destruction. And in the process they turn the Algiers into Detroit’s Abu Ghraib. Three of their captives are killed in cold blood and several others are tortured. Larry Reed, who dominates the film’s post-riot third act, escapes the Algiers with his life. But the incident marks the end of his professional music career. No longer, he says, can he make music for white people to dance to. He ends up finding a new vocation as a church choir director.

While the actual Detroit rebellion may have been cathartic for some of its participants, Bigelow’s movie about it is unrelievedly tragic. To her credit, she refuses the Hollywood impulse to force some element of redemptive uplift. The killer cops eventually go on trial, but, in a depressingly familiar turn of events, they are all acquitted by an all-white jury.

The cops at the Algiers Motel went free, but 50 years later Black Detroit is still being punished for those five days of rage. Most of the buildings destroyed during the Detroit riot were never rebuilt. After the riot, white flight began with a vengeance, and so did the city’s long economic decline.

Forty-seven years after Detroit police raided that fateful after-hours club, young Michael Brown was shot by a cop in Ferguson, Missouri and a Black-led multiracial movement rose up to challenge the profoundly racist nature of the U.S. criminal justice system. Whose Streets? is a documentary from the inside of that movement by two young African Americans: a local St. Louis artist, Damon Davis, and Sabaah Folayan, a New York activist and filmmaker, who rushed to Ferguson immediately after Brown’s death.

The film is patched together from their coverage, found news footage, material shot by a police-monitoring organization called Copwatch and, yes, cell phone video by participants. The immediate aftermath of the Michael Brown killing brought to Ferguson some Detroit-style burning and looting. In the film, one organizer describes this destruction of property as a strategic revolutionary act that is in no way comparable to the violence of the police.

But the Ferguson movement was also a long-term campaign of advocacy, agitation, and nonviolent resistance. The movie’s title comes from a call-and-response chant used there. The response, of course, is “our streets.” In the film we hear it used as protestors block Interstate 70 in a massive act of nonviolent civil disobedience.

The young people in Whose Streets? and their comrades around the country have made great strides in forcing police brutality onto the national agenda. However, 50 years after the Detroit rebellion we are still waiting for a jury somewhere to decide that Black Lives Matter, even when they’ve been taken by the police.