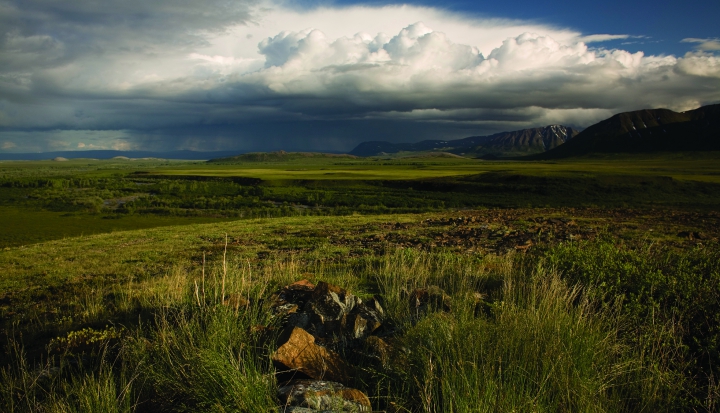 1. Commemorate the people whose land your church is on.

Shantha Ready Alonso says that parishes can start working toward creation justice by being mindful of the indigenous people who previously had claim to the land. “Get into the practice of thinking about and publicly recognizing the people who have come before us,” she says.

This can be done by setting a plaque in a public area of the church or by regularly remembering the indigenous people who came before in prayer or with a short message in the bulletin.

Need some help figuring out the history of your local area? Your city historian or local historical society is a good place to start. The public library should also have resources on local history, as will your town hall or other local government buildings.

2. Hold a parish film night or read a book as a parish.

Having a film night or reading a book together is a good way to start a productive conversation about indigenous peoples and environmental justice—and get people in the door.

For films, consider a documentary such as Ken Burns’ The West, a nine-part documentary that traces the history of the American West. When choosing a book, think about selecting a novel by an indigenous writer such as Leslie Marmon Silko or Louise Erdrich rather than a nonfiction history or anthology, as this allows for different kinds of conversations.

3. Find a sister parish and form a relationship.

“When a tribe is open to it, think about building an authentic relationship with the tribe native to your area,” Alonso says. “Be aware that this tribe no longer lives in your area because they were forced away to another place. It’s still important to respect the fact of where they came from.”

To do this, Creation Justice suggests finding federally and state-recognized tribes through the Tribal Directory Assessment Tool of the Department of Housing and Development and through the National Conference of State Legislatures. Once your parish finds a tribe, the local diocese or the United States Conference of Catholic Bishops should have information about local parishes that you can partner with.

4. Use holidays like Columbus Day or Thanksgiving to address the legacy of the Doctrine of Discovery using liturgy and prayer.

Creation Justice has hymn suggestions, relevant scripture passages, sermon ideas, and prayers on their website. They suggest using stories like that of Moses at the mouth of the Promised Land to talk about God’s mandate to care for creation and the connection between all people on earth.