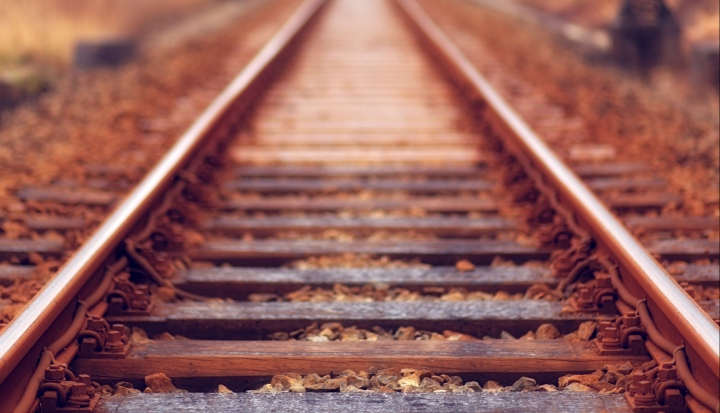 On an exotic vacation our son took with my brother and sister-in-law, all travelers brought a playlist of five songs that said something about them. Fallen not far from the tree, my son’s list included two Bruce Springsteen songs (from 15 years before his birth). My brother had Springsteen too, including one song he said I wanted played at my funeral: “Land of Hope and Dreams.” A fan of The Outlaw Josey Wales, The Walking Dead, and the 12 apostles, it’s not surprising that I would send myself off with a musical parable of a Noah’s Ark-style motley crew on a salvific train ride that’s also a rocking evocation of the kingdom of heaven.

In some ways, the song is perfect for a funeral: “Leave behind your sorrows, let this day be the last.” And in some cases, it’s maybe a little too apt—“You don’t know where you’re goin’/ But you know you won’t be back.” But it also exudes hope. Briefly, the narrator—“a good companion for this part of the ride”—invites the listener to board his train and presents a poignant litany of the riders “this train carries”: “saints and sinners . . . losers and winners . . . lost souls . . . broken hearted . . . thieves and sweet souls departed.” On “this train,” he assures, “dreams will not be thwarted . . . faith will be rewarded.” “Tomorrow there’ll be sunshine and all this darkness past” and in the end, all will “meet me in a land of hope and dreams.” While it’s been called “secular” gospel, the song recalls that first Christian companion, bringing good news to the poor and freeing the oppressed.

I also hear echoes of Jesus’ kingdom similes: the kingdom of heaven is like a train filled with saints and sinners, losers and winners—the people Jesus traveled among and those whom time and circumstances, nature and nurture, mistakes and mistreatment have pushed into disappointing situations. The poor in spirit, in other words (“theirs is the kingdom of heaven”—another part I want in my funeral).

Like on the train, some of these parables contain diverse crowds. In Matthew, Jesus says, “The kingdom of heaven is like a landowner” who hired laborers for his vineyard throughout the day and paid all equally, no matter how long they’d worked. Later, “the kingdom of heaven may be likened to a king who gave a wedding feast for his son.” When the invited didn’t come, the king sent his servants to “invite whomever you find.” They “went out into the streets and gathered all they found, bad and good alike”—saints and sinners, losers and winners. The king did expel someone improperly dressed, and Jesus concludes, “Many are invited, but few are chosen”—you need to want to be there. When they board, it seems this train’s passengers must be changed, repentant—“you know you won’t be back.” Why else would they be on this train? And, no matter when they board, the conductor, not unlike the landowner, takes them all to the land of hope and dreams.

Some may question whether any of these parallels occurred to the Rock and Roll Hall of Famer. Maybe. In his recent autobiography, he says that as he got older, “there were certain things about the way I thought, reacted, behaved. I came to ruefully and bemusedly understand that once you’re a Catholic, you’re always a Catholic.” Then he described a kind of spiritual mission: “This was the world where I found the beginning of my song. In Catholicism, there existed the poetry, danger and darkness that reflected my imagination and my inner self. . . . I tried to meet its challenge for the very reasons that there are souls to lose and a kingdom of love to be gained.”

Released first on the 2001 Live in New York City album (Springsteen said he wrote the song for the E Street Band when, after about a decade apart, the conductor gathered his crew and “we got together in the late nineties”) and recast in the studio for 2012’s Wrecking Ball, the music of “Land of Hope and Dreams” is uplifting, energetic, anthemic. But I also hear a certain restraint—contrition?—suggesting someone who has chased a train and dropped into a seat. It’s not so much joyful as content as losers and sinners can hope to be.  Reflecting this latter character, the Live version features a haunting Clarence Clemons saxophone solo that rises above the music, expressing something ranging between triumph and melancholy, perhaps repentance. (Speaking of “sweet souls departed,” the Wrecking Ball version, released a year after Clemons’ death, incorporates his resurrected saxophone track.)

In a line of American songs about redemptive trains, “Land of Hope and Dreams” has lineage in, some say, “This Train [Is Bound for Glory],” a traditional song that Woody Guthrie, among others, made famous, and Curtis Mayfield’s “People Get Ready.” (The Clemons sax solo might also hearken back to the “lo-wo-wone-some whistle” of “I Hear that Lonesome Whistle Blow” by Hank Williams and later Johnny Cash.) But “This Train,” with its rigid chug-chug cadence, describes an exclusive train, a little out of character for Guthrie, carrying “nothing but the righteous and the holy” and identifying those who cannot ride, including some allowed on the Boss’ train. (That “this train” is a fundamental refrain of “Land of Hope and Dreams” may be no accident. A student of Guthrie, Springsteen has performed his “This Land Is Your Land” for decades.)

“People Get Ready” excludes only “the hopeless sinner who would hurt all mankind just to save his own.” The Wrecking Ball version of “Land of Hope and Dreams” incorporates lyrics from “People Get Ready,” which Springsteen had been including in live performances of the song. He sings, “You don’t need no ticket, you just thank the Lord.” As Jesus said after explicating another kingdom parable in Matthew, “Whoever has ears ought to hear.”

Music is supposed to connect us to the divine, but it’s the very rare hymn that comes close to moving me in the way “Land of Hope and Dreams” does. I can feel the rescue and release of being on that train, a sensory experience of breaking into the kingdom I’ve encountered in my theological reading, something I’ve never fully understood but can kind of fleetingly apprehend when I hear the song. Like the songs on my son’s playlist, this one says something about me. Not only do I hope I make it; hopefully, the kingdom will be a mercifully crowded place.

We couldn’t play “Danny Boy” at my mom’s funeral because the priest, despite his Irish surname, said it wasn’t sacred music, so I’m not sure if my wishes will be carried out (maybe I need to find a New Jersey parish). Whether or not Bruce imagined the kingdom of heaven when he wrote it, “Land of Hope and Dreams” is a celebration of life and compassion and mercy and love—of hope. What could be more appropriate for a funeral?

Photo by Johannes Plenio on Unsplash