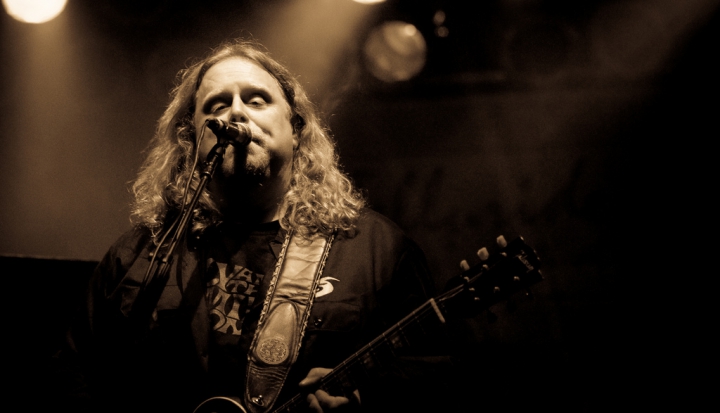 Gov’t Mule started recording this album on election night in November 2016. According to the band’s lead singer, songwriter, and guitar virtuoso Warren Haynes, the songs were written on the road observing the bitter political divisions around the country.

And these songs, which decry the hypocrisy of the day and plead for peace and reason, have only become more relevant. The album’s lyrical statement of purpose is right there in the first track: “Something's happenin’ in the back woods/It’s spreadin’ out like water/Stone cold rage in the hinter land/Mama’s gonna be a martyr.”

But no reasonable person goes to a Gov’t Mule record for human relations counseling. The band’s name comes from an old Southern colloquialism observing that someone is being “beaten like a government mule” and the band’s music is as steeped in Southern roots as its name. You go to these guys for great steaming slabs of Gibson guitar riffs, wailing organ, and dueling solos that are the timeless hallmark of Southern rock. Revolution Come… Revolution Go won’t disappoint on that score either. After all, Gov’t Mule’s founders met when they were playing in the turn-of-the-century revival of The Allman Brothers Band. But here there is also an aching, reaching-for-redemption strain of gospel in the melodies, arrangements, and, especially, Haynes’ vocals.

There’s something uniquely appropriate about a Southern rock band stepping up to address our current national moment. The genre has always honored a Southern heritage that is proudly biracial. And, from Lynyrd Skynyrd on, it has also had a strong following among white, rural, and working class people—the kind who, these days, may wear those famous red baseball caps.

Maybe Gov’t Mule can save some of those folks from the narrowness and racism of their backgrounds. I know it’s possible because, a long, long time ago, the original Allman Brothers Band did it for me.