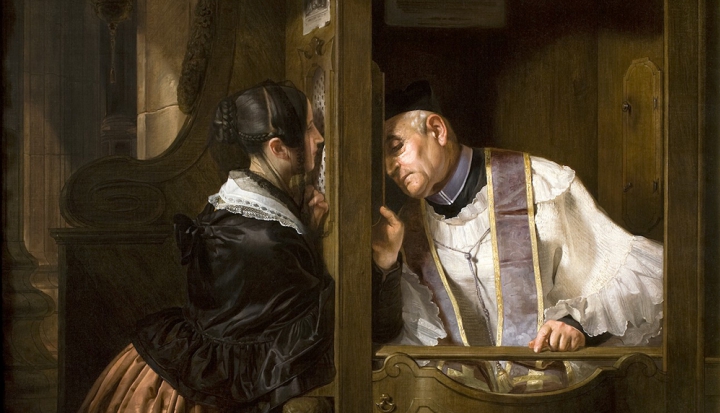 The Catholic Church has historically treated suicide as an unforgivable sin. The reasoning, as articulated by St. Thomas Aquinas, was that suicide was not only a grave sin but one whose very nature deprived a person of the opportunity for repentance and, therefore, forgiveness.

This is, of course, no longer the case. The church now both buries and prays for suicide victims, entrusting them into God’s limitless mercy.

The Catholic Church teaches explicitly that there is no sin, no matter how serious, that cannot be forgiven (Catechism of the Catholic Church). To imply otherwise is a challenge to God’s omnipotence. God’s mercy is more powerful than any human ability to do evil.

However, humans also have free will. God does not force us to reconcile but gives us the freedom to accept or reject divine mercy. For sin to be forgiven, we must admit our faults.

A helpful parable is that of the Prodigal Son. The father gives his son freedom to squander his inheritance and does not force him to return home. But the moment he sees his son returning, even after being rejected, he is ready to welcome him home. So it is for us. No sin is greater than God’s mercy so long as we are to acknowledge it and seek forgiveness.

It is true that the deliberate refusal to repent can lead to “final impenitence and eternal loss,” according to the catechism. It may come as a surprise that, while Catholic funerals are no longer denied suicide victims, they may be denied others who seem to show clear “final impenitence.” These conditions are spelled out in The Code of Canon Law and include “notorious apostates, heretics, and schismatics” as well as those whose ecclesiastical funeral may cause a “public scandal of the faithful.” Judgments as to who meets these conditions are left to the local bishop.

By denying a Christian funeral, it may look like the church is saying that sins like apostasy and heresy are sins that cannot be forgiven, but this is not the case. Even a life-long enemy of the church and of God has not committed an unpardonable sin so long as they merely ask for mercy.

It is not for us to say what “final impenitence” looks like. A serious sin must be committed with full knowledge and consent; anything that clouds a person’s judgment diminishes their responsibility. We cannot know who, if anybody, willfully and with full knowledge resists God’s mercy. For this reason the church has never declared that anybody is in hell or has experienced the punishment of final loss. Instead the church emphasizes the boundless mercy of God who desires that all should be saved.