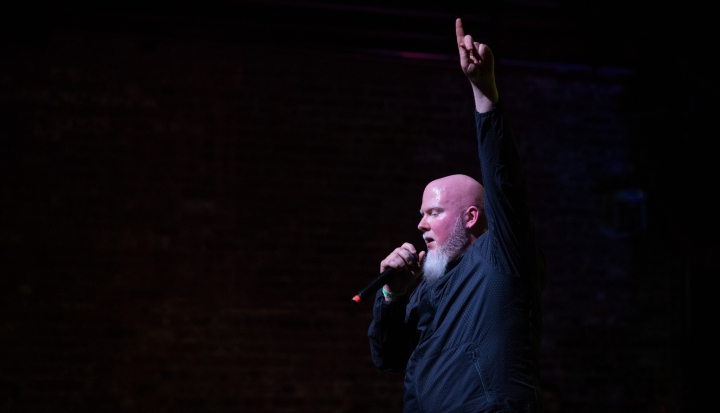 All the Beauty in this Whole Life
Brother Ali (Rhymesayers, 2017)

You’d be hard pressed to find an article about Brother Ali that fails to mention his unique story: He’s a white rapper from Minneapolis and a devout Muslim. Or that he was born with albinism, a condition that causes a deficiency of pigment in his skin and hair as well as impaired vision.

Equally noteworthy is Ali’s nearly two-decade career, marked by a consistency and steady growth that’s rare in hip-hop. A noted community activist, Ali also has a gift for marrying political commentary and incendiary lyricism (see his 2007 classic, The Undisputed Truth).

In view of events roiling the nation, it may surprise you that themes of beauty and gratitude predominate on Ali’s latest album. This was intentional, says Ali, who describes these 15 tracks as the outcome of an intense period of soul-searching.

On “Dear Black Son” Ali delivers a heartfelt message to his biracial teenage son about racial hatred. Over a gentle piano riff, Ali reminds his son of his beloved identity: “You are not confined by their imaginary lines / You don’t need permission to exist with the divine.”

Ali explores his own outsider status on “Pray for Me,” a powerful track about the pain and humiliation he faced growing up with albinism and his long road toward self-acceptance.

If you’re here for blistering social critique, there’s “Before They Called You White,” which is basically a history of racism in song form. On the whole, though, indignation largely takes a back seat to reflections on love and relationships (“Can’t Take That Away,” “We Got This”)

“Own Light (What Hearts Are For)” is the album’s cathartic moment, with a soaring groove that often has me reaching for replay. Ali offers a hopeful prayer and perhaps a bit of wisdom for living in these anxious days: “I’m using my heart for what hearts are for / all the beauty in this whole life.”