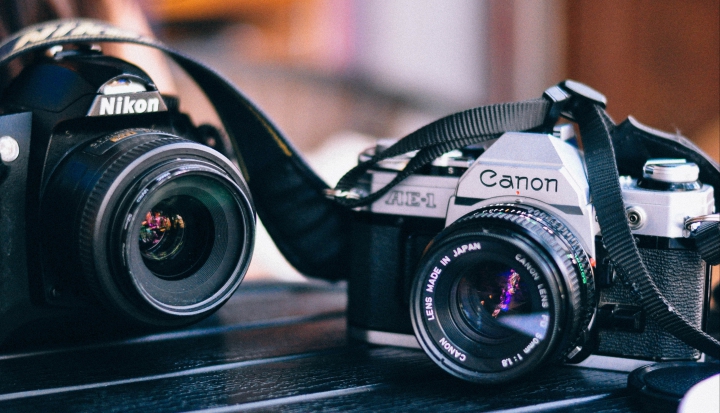 I remember the following from the life of 14-year-old me:

Unlike other visual arts, photography deals in real life, literally “writing or drawing with light.” Early on I saw the power of photography to capture reality and also influence and transform others. Taking photos of my high school classmates engaged in sports earned me their respect. Documenting little moments and larger narratives to open others’ eyes, draw out their empathy, and move them to action was the fullest form of self-actualization I had uncovered.

While my love of photography flourished, my faith journey waxed and waned. A confirmation class dropout, I returned to church briefly during my college years, then left after my academic skepticism won out over faith. As an adult, I found a church home with my husband that accepted me where I was at on my spiritual path: doubting but listening.

One day, somewhere in my mid-30s and 10 years into a professional marketing career—a career that matched my extroverted personality and education but that, truth be told, I had pursued at the strong encouragement of my endlessly practical parents—I became preoccupied with my own mortality. The preoccupation was enhanced by a sudden illness and a suicide of two peers, a stillborn niece, a grandmother whose body finally gave out at age 94, and a beloved dog struck down by cancer. Then one friend succumbed to a brain tumor and another went into remission—for now. Meanwhile sermons coming from the pulpit of our new church spoke of salt and lights that shouldn’t be hidden under bushels. I had reached a critical point where there wasn’t a moment to waste. I’d cast aside the bushel or set the thing ablaze.

The fire had been smoldering for years. I’d maintained that practical career while cramming as much photography work into nights and weekends as my time would allow. I’d always talk about someday, maybe. But what was the tipping point? Pivoting toward my calling was, in fact, the most practical career move I could make. It wasn’t so much a leap of faith off a cliff into a creative life as it was the lifting of the fog along a path that, while much more rugged, was much more satisfying to travel. It was also a path that would test the skills and commitment I had been building along my route thus far. It was a beautiful, peaceful revelation: While a single, powerful image can shift tides, a multitude of people who feel seen, heard, loved, and worthy as a result of their time with me and my camera are empowered to create an ocean of social change that cannot be ignored.

The truth is the revolution that starts with individuals, and God’s work is most effective when done with many hands. Love, both spiritual and human, is the key that unlocks an individual’s empowerment to go forth and create change in their own lives and communities. I see this most acutely with my professional headshot clients, many of whom arrive in front of me unemployed, with bodies and spirits beaten down by the world. In our time together, I plant the seed that transforms their self-perception: “Be your (imperfect) self and shine brightly.” The photos are a permanent record of that decisive, courageous moment when they let their armor fall and cracks begin to form in the bushel they have buried themselves under.

This article is part of a series of reflections on faith and vocation that appeared in our August 2017 issue. The essays will be collected here as they are published.

Liz Farina Markel is the founder, photographer, and creative force behind Tipping Point Photographer. See what she sees at tippingpointphoto.com.