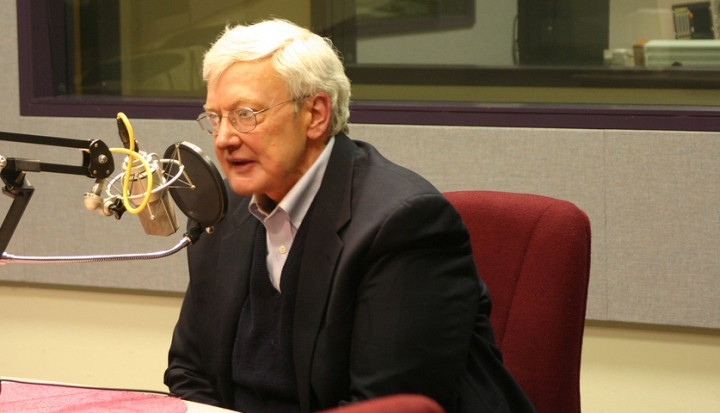 He was perhaps America’s most beloved film critic, but that is not what Roger Ebert thought he wanted to be.

The way Ebert tells it, he imagined a career as a columnist, something along the lines of being a Mike Royko, the Pulitzer Prize-winning Chicago Tribune columnist who covered the city’s political scene. Instead, Ebert’s boss at the Chicago Sun-Times, Bob Zonka, announced in 1967 that Ebert would replace the paper’s retiring film critic, Eleanor Keen. Ebert’s life course was set.

From that day until his death in 2013 from cancer, Ebert filed review after review and wrote book after book, relentlessly chronicling American filmmaking over six decades. In 1975 he won the Pulitzer Prize for criticism for his film reviews of 1974, a year that included Chinatown, The Godfather Part II, and The Great Gatsby, of which he wrote, “It would take about the same time to read Fitzgerald’s novel as to view this movie—and that’s what I’d recommend.” It was also the year of The Texas Chainsaw Massacre, which earned this bon mot: “I can’t imagine why anyone would want to make a movie like this, and yet it’s well-made."

His 1994 review of North is legendary, not only for its repetition but also for its marked absence of commas: “I hated this movie. Hated hated hated hated hated this movie. Hated it. Hated every simpering stupid vacant audience-insulting moment of it.” Here (and in many other reviews) he is fearless in expressing his values; he reveals his spirit of utter integrity. He suffered no fools, but somehow his prose never felt precisely mean. He appeared to love what film could be, could do, and could say, and when he was disappointed by a script or a director, his was the crestfallen outrage of an 11th-grade English teacher facing a poor performance by a promising student. About the massacre at The Dark Knight Rises premiere in Aurora, Colorado, he wrote in his 2013 Movie Yearbook that “the decay of standards in movies may be related to the decay of standards in our society. I can’t prove it. But I fear it.”

Starting in 1975, he and Gene Siskel cohosted public television’s Sneak Previews, a program of film reviews that rendered famous their trademarked phrase “Two thumbs up!” They moved to commercial television in 1982, and the program name changed to At the Movies with Gene Siskel and Roger Ebert. Their on-air arguments were hilarious master classes in critical thinking about media and storytelling. They freely disagreed and seemed to genuinely respect each other’s perspectives—a democratic quality much missed in current politics and media. After Siskel’s death in 1999, the program continued on with lesser sparring companions, and once Ebert was diagnosed with thyroid cancer, he left the show in the hands of other hosts in 2006.

Ebert’s were the go-to reviews for films, and his annual published collections—and his not-to-be-missed compilations of his most scathing evaluations of dreadful movies—were beloved. His writing is first person and often autobiographical, yet in unassuming and rather modest ways. As his thyroid cancer treatment and surgeries robbed him of his ability to speak, he turned to the keyboard and journaled online to a growing audience of newcomers to his famous wit and his fearless and keen-eyed commentary on not only popular culture but also on life itself. He faced the challenges of his illness and impending death with great humor and transmuted what surely must have sometimes been fear into frank, transparent explorations of the soul. He wasn’t sappy about this, but his love of being human was palpable and his desire to share the human experience with anyone who cared to read what he wrote was generous. He became a teacher, of sorts, as he let us watch him wrestle with the big issues.

In these blogs and in his autobiography Life Itself (Grand Central Publishing)—also the name of a documentary on Ebert—he is at his most magnetic and satisfying. His storytelling is, in turns, funny, poignant, and telling. His thinking is well-structured, clear, level-headed, and logical. Like a good friend, he offers the gift of transparency about family difficulties, his membership in Alcoholics Anonymous (he stopped drinking in 1979), his marriage at the age of 50 to the great love of his life, Chaz, and the health challenges he faced in the last years of his life.

In his memoir, he says he was raised Catholic, attended Catholic grade school, and brought that tradition and sensibility to his work. His essay, “How I Believe in God,” is a delightful memoir of a second grader’s adventures in spirituality and walks through his lifetime of seeking answers to impossible questions. His conclusion in 2009, four years before his death: “I am not a believer, not an atheist, not an agnostic. I am still awake at night, asking how? I am more content with the question than I would be with an answer.”

I read Ebert as a fan and as a dazzled fellow writer. His words have that marvelous ease on the page that comes only from a fine mind, applied with integrity and intention. Reading Ebert, I felt I was in the company of a truly decent human being. I didn’t have to always agree with him to enjoy my time with his words. He was no one’s sycophant, and I doubt he would have tolerated one. His writing is a joy because he was so at home with himself while he wrote it—he was unapologetically Ebert, and he knew himself well.

That is the task of life, it seems to me—to fully grow one’s self up, from whatever soil in which we find ourselves planted, into actual maturity. Everyone ages. Not everyone matures.

Over the years, Ebert did. His early work didn’t feel nascent; it was as open and frank as his latter reviews. But his person, that first person in his work, was someone he respected—hence, so did his readers. He thought deeply about his topics, and neither his logic nor his writing were sloppy. He was his own life project, and he took responsibility and care with it. He made himself into a good man. He didn’t lecture readers about this, but it was right there in every word.

I didn’t read him (and read him still; his ongoing website of greatest hits is a comfort) just for the thumbs up or thumbs down of film reviewing—any old snark can pen a sarcastic insult and get Yelped. I read him for the purity of Roger in his words. That is the writer’s great task, and it takes more skill and bravery than many possess: Be yourself on the page. For that to work, you must first be someone interesting and worth knowing. Ebert was both, and he let his readers get to know him.

He was a master. As a professor, I use his writing to teach students, not only those studying how to write arts criticism, but those studying, you know, life.

In 2006, Ebert wrote about Crash, “I believe that occasionally a film comes along that can have an influence for the better, and maybe even change us a little.” He made us believe that about film, and art, too. And about ourselves.