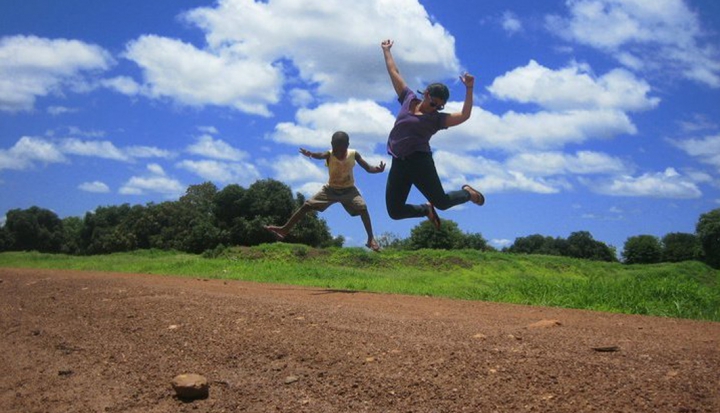 “All those who want to go to Ecuador to mainly build houses, please raise your hands. OK! All those who have raised their hands, please stay home! Now, those of you who want to mainly listen and learn from the faith and culture of Ecuadorans, join my immersion trip.” This is how veteran Comboni Missionary Father Joe Bragotti typically began his first information night for a mission trip.

Not long into my job as director of the mission office of the Archdiocese of Cincinnati, I received a call from a reporter at our Catholic newspaper. “Mike,” she said, “I’m not going to write any more mission trip stories.” When I asked her why, she told me: “I’m tired of these groups who call me nearly every year when they return from the Caribbean and Central America. They always want their photo in the paper explaining how wonderful they are. Their attitude seems to be, ‘If it weren’t for us generous white American mission groups, these poor backward people would be in worse shape.’ ” She added, “Mike, I’ve had it. No more of these stories.”

I vowed that day to change what mission trips had become. I am convinced mission offices, parishes, and schools across the United States need to stop funding and sending harmful, arrogant, and poorly trained short-term mission groups. I don’t believe mission trip leaders are bad intentioned, and I know many of them sincerely want to help, but we need to eliminate this colonialist style of expedition based on a pre-Vatican II “heroic” model of mission. This approach came from a time when some Europeans and North Americans believed they had a sacrificial duty to “bring civilization and God” to the so-called “pagans” who supposedly needed Western culture to be fulfilled human beings.

This heroic mentality hangs on today as many Christians in the West are either unaware of, or wish to ignore, the racism and white privilege that unconsciously determines how we approach other cultures with our hopes and goals for “those poor people down there.” Frequently we don’t even realize our “we know better” attitudes.

According to Robert Priest, who has studied short-term mission, every year about 2 million North American Christians are involved in these trips at a price tag of perhaps a few billion dollars annually. That’s a lot of money and resources, and we need to ask if these trips are really the most responsible way to spend precious mission donations.

Mike Haasl, a friend and fellow former Maryknoll lay missioner, notes that in order not to offend the incoming volunteers, people in some cultures want to be kind and will say yes to the outsiders’ projects and plans. Haasl recounts that one of his parish members visited a Nicaraguan village and decided to purchase cows for the community. Later they learned only one person there knew how to raise cows, and he lived outside of town. The cows all went to him, and the community project died.

Similarly, a group of American high school students who had traveled to an orphanage in Tanzania to help build a library was so inept at laying bricks that each night the men in the village had to take down the structurally unsound bricks and re-lay them so that in the morning the students would be unaware of their own failure. And a recent study found that it cost $30,000 for U.S. mission trip volunteers to build a house in Honduras after Hurricane Mitch, while local Christian organizations built nearly the same house for only $2,000.

In his book Toxic Charity: How Churches and Charities Hurt Those They Help (HarperOne), Robert B. Lupton cites many other examples of the “make-work” nature of short-term mission trips. Among them are a church in Mexico that was painted six times during one summer by six different mission groups and a wall built on an orphanage field in Brazil that had to be torn down after the visitors left.

Lupton concludes that many service projects do not empower those served, do not engender healthy cross-cultural relationships, do not improve local quality of life, do not relieve poverty, do not change lives of the participants, and do not increase support for long-term mission. But they do weaken those served, foster dishonest relationships, erode recipients’ work ethic, and deepen dependency.

Fifty years ago, during the Second Vatican Council, bishops from Africa, Asia, and Latin America began to speak up, urging that their cultures and histories be respected. They emphasized St. Paul’s understanding of the church where all are members of the one body of Christ, with many parts and gifts to share with one another for the good of all.

Today we are called to turn toward a “humble” model of mission based on principles of reciprocity and mutual respect of each other’s God-given gifts, beliefs, and talents. We participate in trips now as pilgrims, willing to learn from and stand with our hosts as equal partners.

A recent study shows most U.S. mission groups prefer construction projects, while most host communities prefer building long-term relationships humbly walking together in Christ. Only after partnerships of trust and respect have matured should it be appropriate to discuss possible service and social justice projects together.

Before he set off for his own “mission trip” to build God’s reign, Jesus spent 30 years learning how to humbly listen and befriend widows, lepers, and Samaritans. He reflected long and hard on his own cultural experience in prayer with God and his friends before acting. Similarly, today the world admires Pope Francis for listening, meekly reaching out to understand others, and embracing what he has called a “culture of encounter.”

This spirituality of humility contains an attitude of willingness to be evangelized by members of other cultures that may take us to a newer and deeper understanding of our faith and what it entails. When it comes to mission trips, participants should work ahead of time to improve their skills of listening and accompaniment, formulating intelligent questions, and creating prayerful dialogue.

Developing the Catholic social principle of solidarity as championed by Pope John Paul II is another key component for mission trips. Archbishop Óscar Romero of San Salvador challenged North Americans to transform their mission trips into efforts of solidarity: to meet with and pay deeper attention to the plight of women and labor/peasant organizations, to struggling local parish/school members, to religious orders committed to the poor, and to local civic leaders. Romero didn’t ask for building projects as much as he wanted outsiders to listen to and build long-lasting parish relationships.

And so this principle of long-term solidarity also implies better preparation before our trips. Consider inviting leaders of your diocesan mission or an immigrant from the country you will be visiting to educate your group beforehand about the key local issues and culture. Develop respectful questions for your hosts about the influences our government and companies have on their community and nation.

This principle of solidarity has now led many U.S. twinning parishes to become advocates for their partners as they work with Catholic organizations and local congresspersons to reform unjust immigration and economic policies.

My advice is simply this: Why not follow the example of our Lord Jesus and that of Pope Francis, who both rejected heroic, paternalist, and arrogant models of mission? Instead, like them, invite the Spirit of God to transform our hearts, minds, and souls to be open to the faith, gifts, talents, joy, and yes, challenges of people of other cultures. Maybe we’ll become even more effective instruments of God’s love locally and globally as we then work together in the body of Christ.

Mike Gable is the mission office director for the Archdiocese of Cincinnati. 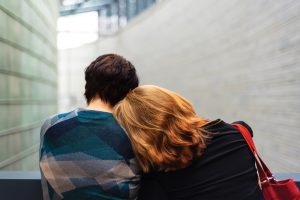 Parishes must confront the church’s legacy of sexual abuse 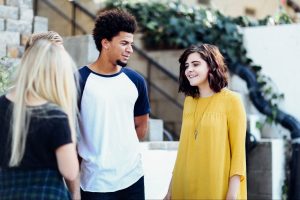 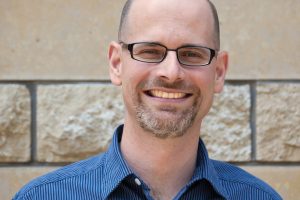 How to foster a successful shared parish community