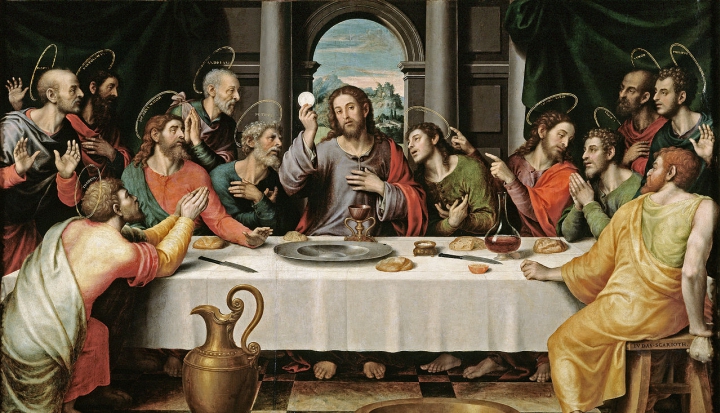 My friend Tim worked in Jerusalem. One night he was invited to supper at the home of a Palestinian employee. Tim arrived at the single-room dwelling, where an elaborate table was set. It was an honor to have the boss under one’s roof. Given the journey through checkpoints to get to the West Bank beyond the wall that divides it from Jerusalem, it was expected Tim would stay the night.

Supper lasted for hours, with multiple courses presented and served. While Tim enjoyed the meal and conversation with his host, he was also aware of the women who brought each plate to the table. Tim glimpsed children peeping through the doorway, observing the progress of the feast.

Tim knew that his host’s wife and children would not sit at the table and eat with them. According to custom, the rest of the family would share whatever was left over from the table.

Sensitive to this, Tim barely tasted each dish, while praising each as delicious. He wanted to be sure those watchful children would eat.

After dinner, Tim was given a mat on the floor to bed down. The family went off to sleep in the fields.

This example of Palestinian hospitality and customs is from the 21st century, but might this scene suggest what went on 2,000 years ago at the Last Supper? In the Near East, traditional ways have more staying power than they do in the West. In her book Women and Ministry in the New Testament: Called to Serve (Paulist Press), professor Elisabeth Meier Tetlow notes that post-biblical Jewish families ate together—unless a male guest was present. Tim’s host demonstrated perfectly how a guest was honored.

When Jesus visits Martha and Mary, we’re shown the protocol: Martha, busily involved in cooking and serving. Mary shockingly breaks custom by acting like a disciple, sitting and listening. Tetlow points out that women weren’t permitted to receive an education. They were discouraged from even talking to men. They couldn’t so much as recite prayers at meals. Jesus’ response to Mary’s choice was recorded because it was abnormal.

Still, women followed Jesus from Galilee to Jerusalem, just as men did. If they had small children, they brought them along by necessity. Since Jesus taught outdoors more than in synagogues, women could listen in. Whenever a woman broke protocol—grasping his clothes, asking him directly for a healing, intimately washing his feet, blessing his mother’s womb publicly in a crowd—these aberrations were recorded. If women had sat down to dinner with Jesus and the other men, it certainly would have made the written record. Since no evangelist mentions it, we can trust that women at the Last Supper were present in the typical capacity: serving food and removing dishes—always attentive to every word they could catch from the Teacher’s lips.

Advertisement
TagsGlad You Asked Women in the church