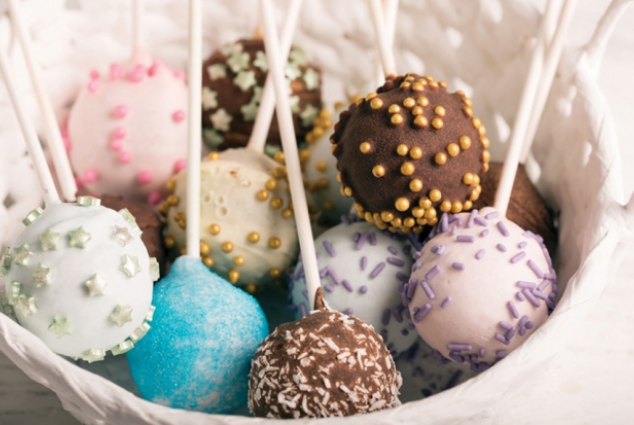 This spring, my son will receive his first communion. As this is our first child, we are filled with excitement at the prospect of our little boy participating in this sacrament for the first time. Family will come from neighboring states to witness his further initiation into the church. An unholy amount of pictures will be taken. I will probably cry because this sacrament is the first my son will remember. Instead of walking up to the lay minister with his hands folded across his heart, as he has done every Sunday since he learned to walk, he will hold them open in the supplicant position and receive Christ into his life in a way he never has before.

Because it’s a big day and so many of our family members will be celebrating with us, I cannot escape the desire to want everything to be perfect. And so, of course, I immediately turn to Pinterest.

Pinterest is a social media site that allows users to digitally pin images and design ideas to “boards” that serve as a fantasy vision of the life we would like to have. My own boards include ideas on how to repurpose furniture, design a small backyard space, and throw a killer Ninjago-themed birthday party. Pinterest is free, aesthetically satisfying, and gives users access to millions of covetable images and ideas. It is fantasy curating at its best, allowing users to find beauty and order on their boards if nowhere else in life.

While Pinterest is an amazing resource full of great ideas, cost-saving design, and life hacks, it might also be culpable for our culture of overblown celebrations. How many of us have attended birthday parties for children that looked a little too similar to our own wedding receptions in proportion, effort, and expenditure? And it’s not just birthday parties. All manner of celebrating has been affected by the grandiosity of Pinterest aspirations. And if we let it, our aspiration for Pinterest perfection can ruin the real celebration of the sacraments.

With my son’s preparation for the sacrament of first holy communion well underway, I searched Pinterest for first communion party inspiration and found promising, if not questionable, results. Pins abound with images of holy water party favors, fruit plates with strawberries laid out in the form of a cross, and recipes for first communion cake pops. There is even a pin of gold chalices filled with red Jell-O and a marshmallow to represent the body and blood of Christ. I’m not kidding. While there are really great ideas, like cupcakes in the shape of a rosary, at what point do we ask ourselves if we are letting Pinterest ruin the real celebration of the sacraments?

One example of this is the trend of over-the-top godparent proposals. The role of a godparent is an important part of the sacrament of baptism and the vision we have for the spiritual guidance of our children.

Pinterest misses the sanctity of this important job with excessive schemes for boxes that shoot out confetti and calligraphied “Will you be my godparent?” notes within. Other godparent proposal pins lean hard into the Disney fairy godparent approach, abandoning the religious nature of the relationship entirely. Probably because of its inherently innocent nature, other pins for baptism celebrations largely retain the sanctity of the sacrament, with pearly white balloons and elaborately frosted white cakes dominating.

Weddings do not escape the Pinterest effect, and marriage is by far the sacrament most affected. When Pinterest debuted in March 2010, the landscape of wedding prep changed forever, a fact I escaped by having married two years earlier. While I had bridal magazines and websites to pore over, I didn’t have Pinterest around to make me feel bad about how average my wedding was. I had stunning flowers and a flawless diamond-white dress, but I did not have wedding sparklers or an arbor cascading with fresh peach blooms and LED backdrop lights as one is likely to find while gathering inspiration on Pinterest.

My nephews and nieces who are now of the marrying age are not so lucky. They report that Pinterest both helps and hurts the wedding prep process. My nephew’s wife, who married into our family last year, says, “Pinterest did not detract from the sacrament of the event, but that was because we didn’t allow it to.” But she went on to say that she “can see how it could take away from the sacraments because Pinterest can give people such unrealistic thoughts of what the ‘perfect’ wedding is.”

Getting caught up in the idea of a “perfect wedding” is nothing new. The problem is that Pinterest offers a whole new way of forgetting about the sacramental nature of marriage.

In April of last year, Pope Francis talked about the problem of big, overdone weddings. “Have the courage to be different,” he encouraged young couples. “Don’t let yourselves get swallowed up by a society of consumption and empty appearances. What is important is the love you share, strengthened and sanctified by grace.”

He went on to encourage “more modest and simple weddings.” In Amoris Laetitia (The Joy of Love), Pope Francis wrote, “Both short-term and long-term marriage preparation should ensure that the couple does not view the wedding ceremony as the end of the road but instead embark upon marriage as a lifelong calling based on a firm and realistic decision to face all trials and difficult moments together.”

So much focus is put on the ceremony that we forget the real event is the mark made on our souls, the everlasting effect of the sacramental moment itself. There’s a popular billboard in Indiana that says, “Loved the wedding, invite me to the marriage. Love, God.” In a Pinterest culture, it is difficult to remember that after the ceremony is what is important. The deeper invitation into a life of Christ is what matters. The sacraments offer a unique opportunity to become closer to God, but it’s hard to keep that in mind when we’re up all night before the celebration creating papier-mâché doves.

You won’t find me arguing against Pinterest as a great resource or abandoning my Pinterest account any time soon. It’s just that we have a decision to make. Would we rather have the most enviable marriage or the most enviable wedding? When my son receives his first communion this spring, would I rather my friends, family, and church community remember how sincere and reverent my son’s first moments at the table of the Lord were or how amazing the dessert table looked at his first communion party? While there’s nothing inherently wrong with putting effort forward to celebrate the sacraments of our lives, it becomes a problem when the sanctity of the event takes a backseat to the party itself.

A sister site to Pinterest called Pinterestfail.com documents the often hilarious and disappointing results of those who unsuccessfully try to replicate Pinterest projects and recipes. The site is a good reminder that while we may reach for perfection and beauty here on this earth, it will often elude us. We can make all the buttercream cupcakes and handcrafted pennants we want, but they will not fill our lives with beauty and light the way God does.

Of course, we all know this. But as we are chasing that perfect party and covetable celebration, it’s good to be reminded that even if Pinterest fails us, the sacraments never will.