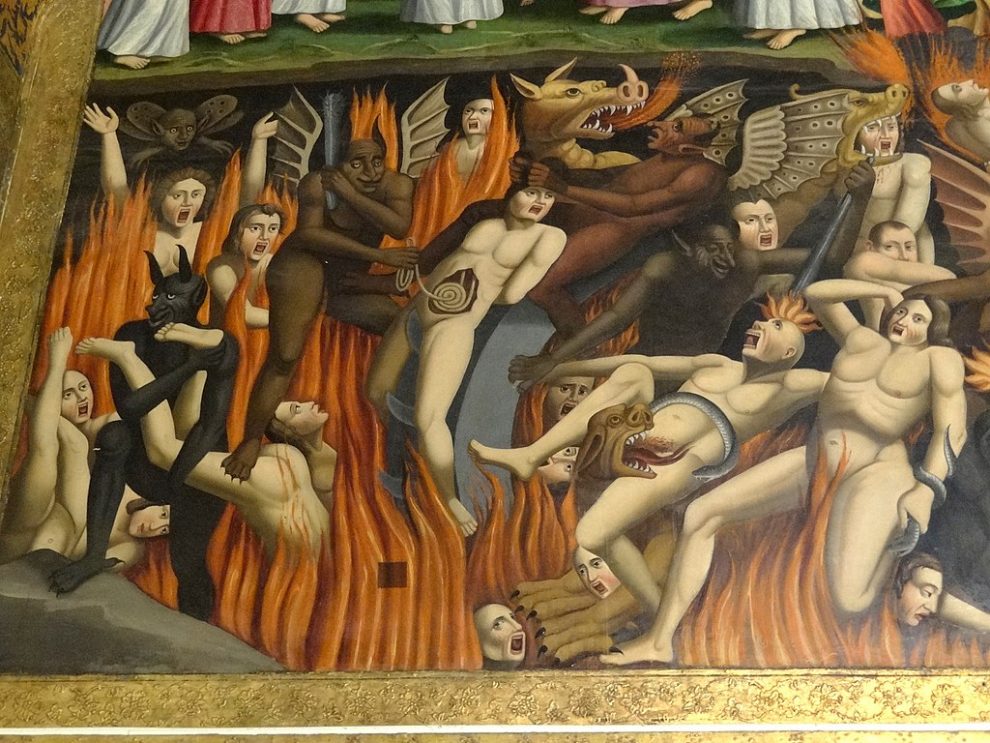 It’s hard for many Christians to wrap their heads around the idea of hell. How could a just and loving God create a place of eternal torment and torture? To get around this paradox, many theologians over millennia have argued that hell is a consequence of human sinfulness, not a product of the Creator. Hell, understood this way, is an extension of what it means to have free will.

We have the ability to choose that which is beautiful, good, and true: God. We also have the ability to choose against this same God of life. God doesn’t will eternal human torment and punishment, but humans are completely free to choose a full, final separation from God. As Jesuit theologian Karl Rahner points out in his Foundations of Christian Faith, “In the doctrine of hell we maintain the possibility of eternal loss for every individual, for each one of us, because otherwise the seriousness of free history would be abolished.”

For Catholics, heaven is what we call full communion with God, and we dare to name thousands, if not more, who experience such communion: the saints. On the other hand, the church has never named anyone who must be in hell. Rahner continues, “The existence of the possibility that freedom will end in eternal loss stands alongside the doctrine that the world and the history of the world as a whole will in fact enter into eternal life with God.” Hell is a necessary, logical possibility but not a certain reality.

Some theologians have wanted to discard the idea of hell altogether because it seems that for the divine to become a human being is an act of love that cannot be harmonized with eternal damnation. If we believe in a God of justice, these theologians believe, hell must imply disproportionate punishment, not justice.

Yet, the nitty-gritty of human life—our thoughts and words, our actions taken and our actions we fail to take—is important. Hell reminds us of this. When God created us in the divine image, God intended us to be cocreators and participate in God’s plan. Through this lens, hell is not necessarily a burning fire. Although the image of fire has some warrant in scripture, its more formative roots are in Dante’s Inferno, which helped burn the image of a fiery pit into the Christian imagination. The fire is a metaphor for the abyss into which we dive in order to separate from our Creator.