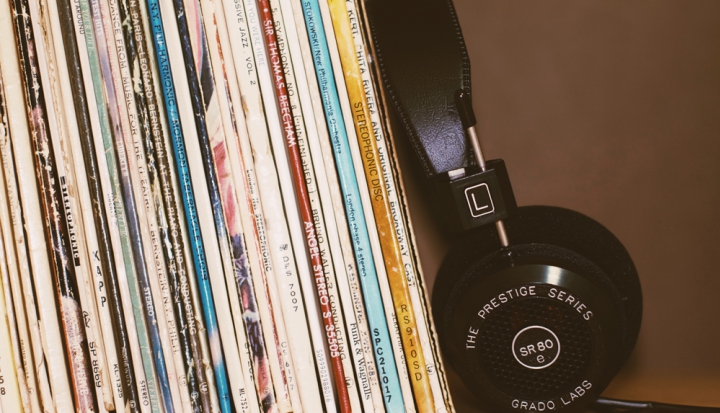 Binta Niambi Brown has a resume that could make your head spin.

Now with her startup, Fermata, home of the innovative record label Big Mouth Records, she’s working to transform the music industry in the spirit of the social justice traditions of her deeply held Catholic faith.

Brown, the daughter of a journalist and a teacher, knew even as a young girl growing up in Virginia that she loved music and wanted to work in the entertainment industry someday. But she was also motivated by a profound sense of justice. That combination led her to Columbia Law School.

She went on to intern under Justice Antonin Scalia and later worked as an advisor to Hillary Rodham Clinton on her senate campaign. Both experiences paved the way for Cosmopolitan to highlight Brown as a “political influencer.” In 2012, Forbes listed her as one of its “40 under 40.”

“The law enforces justice,” Brown says. “But the arts bring us together and give us a shared communal experience that can be personally transformative.” She cites Motown, Norman Lear, and Richard Pryor among those who opened her eyes to the power of popular media to both unite and divide.

When Brown went to work in the entertainment industry, she found it rooted in a fundamental inequity that diminishes the artist’s humanity and the desire to create—and that troubled her deeply as a Catholic.

“I just don’t think like those companies,” she says. She also does not accept the common explanations for the decline of the industry or predictions for its doom. She believes that it’s simply in need of creative rehabilitation.

“Music touches every person, every space,” she says. “It’s in media, video games, at our political rallies. It’s even in the way we’re constructed: We’re all percussionists; we all have beating hearts. The music industry isn’t going anywhere, but we need it to be healthy.”

As an entrepreneur and problem solver, Brown knew she had to make a way. And as a Catholic, she knew it would have to be a way that was consonant with her faith.

Her company Fermata is attempting to reorder the relationship between artist, manager, and label. All contracts are based on a handshake, with the artist free to move on if the system isn’t working. Fermata provides the financial resources to create an album from concept to execution and marketing and from rehearsal space (Fermata’s bands are required to rehearse, Brown says) to A&R (artists and repertoire). Currently Fermata represents soul singer-songwriter Grace Weber, who appeared on Chance the Rapper’s song “All We Got” with Kanye West. Brown hopes to sign four to six more acts by the end of 2018.

“We take a venture capital approach to our artists,” Brown explains, “We invest in them and align our interests. But the artist maintains ownership of the art and participates in the economic success of what they’re creating.”

Though it’s not a Christian label, Fermata’s approach is rooted in Brown’s Catholic faith, which she says influences every aspect of her life. “In everything I do, I rely on the Jesuit tradition of discernment . . . a contemplative quest that is matched with action. There’s a consonance between my prayer life and what I’m trying to establish with my company. I want to establish a culture of respect so strong that it carries over into every aspect of the lives of those who work with us. In prayer I am constantly checking myself, reminding myself of why I’m doing what I’m doing.”

Among Fermata’s top priorities? “We want to cherish the person who is the artist,” Brown says, rather than pressuring them to conform to popular trends and industry standards. “We’re building a platform that encourages artists to express all their unique joy, pain, richness, and creativity, and for that to spread out into the world.” That, she says, is what makes her label different. They aren’t trying to reinvent the industry but rather change the way it approaches artists as unique and sacred persons.

Fermata also strives to pay its employees more than a fair wage, which means that for now, her staff will remain smaller than typical. “I want to pay my staff more than enough to live on. I want them to actually live. You should not be working and impoverished,” she says.

“In order to bring about a more just and loving society, you have to be willing to solve problems and create,” Brown says. “But you don’t dismiss the past, the foundation. It’s not either-or. It’s about bringing everything you know to bear, and then taking it to the next level. It’s about bringing it all together.”