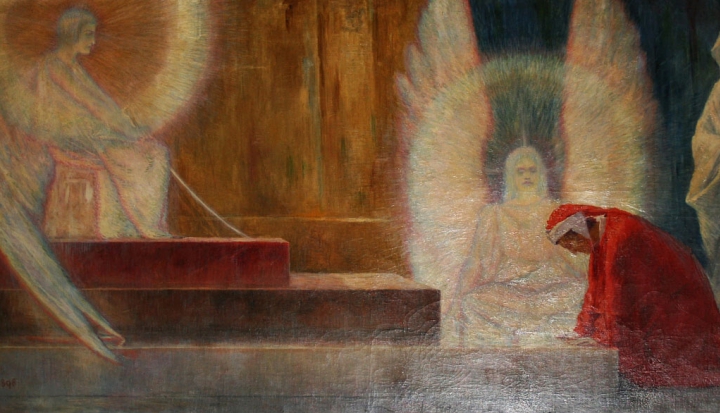 Recent news about limbo kept us, well, in limbo. Is it in or out? To many, this issue had to do with the ability the church to modify its teaching. We tend to give all church teaching the same weight and authority, but is dumping limbo tantamount to dumping the Trinity?

All doctrines—the formal term for church teaching—share things in common: They are rooted in Christ and his message, treat questions of faith and morals, spring from divine revelation or natural law, and are formulated by the church’s magisterium, or teaching body, comprised of the pope, bishops, and theologians. The purpose of church doctrine is to help us understand and live more deeply our faith in the risen Christ.

But there is a hierarchy among church teachings; certain doctrines are considered more foundational than others. The most important of these are dogmas. Dogmas by definition are considered to be infallible, free of error, and central to the faith, and so must be believed by all Catholics. The Trinity, the Resurrection of Jesus, and the full humanity and divinity of Christ are all dogmas. Dogmas are defined either by the world’s bishops in communion with the pope (at an ecumenical council) or by the pope when he formally proclaims an infallible teaching (which has only happened twice).

Other doctrines are articulated by the pope when exercising his ordinary teaching office or by the bishops in communion with the pope. These do not claim infallibility and are subject to future development and change. They can take the form of a papal encyclical, like the recently released Spe Salvi, or a document issued by a council or synod of bishops.

Regional and national conferences of bishops apply doctrine to their respective local churches. The different conferences, and their member bishops individually, issue pastoral letters, documents, and guidelines to help their faithful understand and live the gospel in their cultures.

Even though not all doctrines are dogmas, Catholics are called to give “religious submission” to non-infallible teachings. Even though we might not fully understand, we are invited to trust in the magisterium, guided by the Holy Spirit. That doesn’t mean there aren’t questions and disagreements about doctrine, which brings us back to limbo.

Limbo was never defined as a dogma but had become part of common belief. But as our understanding of God’s mercy grew, limbo came into question because it seemed petty for God to condemn unbaptized infants to something less than the fullness of heaven.

So where is limbo now? Nowhere, says Pope Benedict XVI: “One should not hesitate to give up the idea of ‘limbo.’ ”

This article originally appeared in the February 2008 issue of U.S. Catholic.

Image: Dante Before the Gates of Purgatory, Bele Čikoša Sesije. Via Wikimedia Commons.