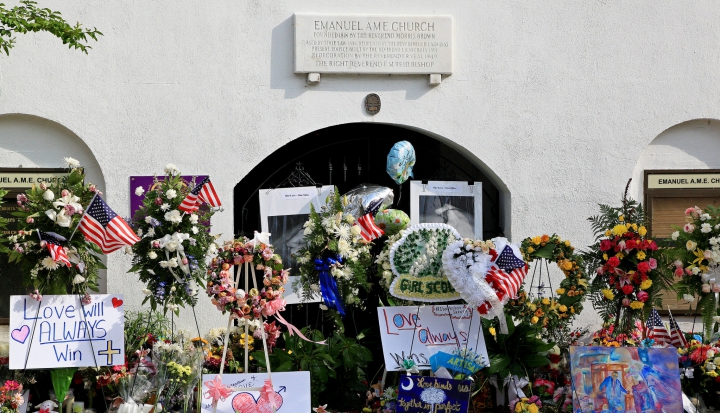 On June 17, 2015, a 21-year-old white man, Dylann Roof, killed nine black people as they said prayers, sang hymns, and studied the Bible in a Charleston, South Carolina church. Roof freely confessed that his motive was frankly racist. He reportedly said as he was shooting, “You rape our women and you’re taking over our country, and you have to go.” His subsequent statements were a manifesto of racial anger and grievance. He proclaimed his hope that his action would incite a race war and ignite a wave of others who would follow his example. As I write this, Roof, now 22, was found guilty in a court of law and has been sentenced to die for his crimes.

It is tempting to see this as the end of the matter, for some will find solace in the fact that he will pay the ultimate price for his callous acts of murderous hatred. But that would be too easy. As Martin Luther King Jr. observed during his eulogy for four little black girls, who were also killed by a white racist attack on a church in Birmingham in 1963, “We must be concerned not merely about who murdered them, but about the system, the way of life, and the philosophy that produced the murderers.”

In other words, Roof may have acted alone, but he acted out of a context. He alone is guilty. How can we get a handle on the wider web of a more diffuse responsibility?

One key lies in a haunting revelation from Roof’s personal journal. Among its pages filled with rantings of racial resentment and images of Confederate flags is a drawing of Jesus. A white Jesus.

This is among the most disturbing revelations to surface about this young man. He apparently found no contradiction between his racial hatred, his lack of remorse for his crimes, his deficit of compassion for black people, and his faith in Jesus. In the midst of his racism, one finds Jesus—a Jesus compatible with his intolerance and hate.

In this, Roof is not alone, nor is he an aberration. The truth is that many white Christians find no contradiction between their so-called Christian faith and their angers, fears, and resentments about people of color. Too often they never hear such angers and resentments challenged from their pulpits or denounced by their ministers. They rarely hear their racist jokes, slurs, and stereotypes—much less their discriminatory behaviors—labeled as “sin” by their pastors.

Think of the last time you heard a homily about the sin of racism. For most of my 70 students in my course on Catholic social teaching last fall—who were overwhelmingly white with four years of Catholic high school education—the answer was “never.” This anecdote reflects a conclusion reached by a research report commissioned by the U.S. bishops in 2004 that found that most white Catholics had not heard a single homily on racism or racial justice in the past three years.

For too many Catholic Christians, their racism and that of their friends, neighbors, and family members is abetted by the silence of their pastors and teachers. A permissive silence. A silence that gives comfort to those who harbor resentment, fear, and even hatred in their hearts. A silence that allows Jesus and racial animosity to coexist in their souls.

Such silence allows a young man like Roof to draw a picture of Jesus in a hate-filled journal. He probably never heard anyone tell him this very simple truth: “You cannot be a racist and a Christian at the same time.” The silence of the church’s leadership in the face of continuing injustice is the faith community’s deepest act of complicity in American racism.

King also said, “There comes a time when silence is betrayal.” It is too easy to see Roof as an aberration. It is more challenging to see him as a reflection of the “unresolved racism” that infects so many Christians. It is redemptive to see in him a summons to shatter a silent complicity that betrays our faith in Jesus.