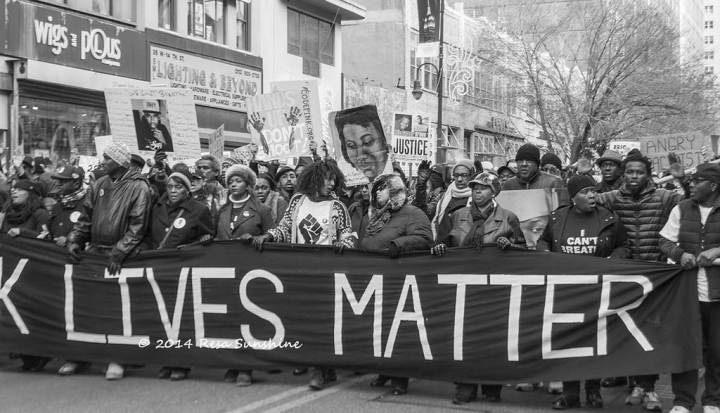 My family attended an inner-city parish in Akron, Ohio as I was growing up. This was a poor, white-ethnic parish whose aging parishioners had remained despite the deindustrialization of the Rust Belt. Every Sunday, while walking back after receiving communion, a kind older man would always stop my brother and me. He would say hello, ask how we were doing, and slip a hard candy into each of our hands. Over the course of a decade, the candy and brief conversation became a weekly tradition, and we looked forward to seeing him while walking back to our pew.

Years later, I was home from college for a few weeks before beginning a summer internship in Washington, D.C. As usual, this man stopped me to say hello as I walked back from communion. After Mass, we chatted in front of the church and I told him about my exciting summer internship in D.C. His facial expression fell, and he leaned over to whisper in my ear. “You better be careful. It’s dangerous there, and there are a lot of problems. Do you know why? All the Black people there. They’re up to no good.”

He thought he was being helpful and looking out for me. Instead, he was revealing to me the demon of white racism.

I was—and still am—nauseated by his words and troubled by the paradox he presented. He was, in some way, a part of me and my place in society as a white person.

I am continually confronted with the entrenched racism in countless white American Catholics and in myself, their descendant for whom they worked to create more possibilities in life. Do Black lives matter to many white Catholics? Although we may say the right things, the answer is not clear.

I live on the South Side of Chicago in a predominantly Black neighborhood. I have been married for 10 years to a Korean-American woman and our two sons are biracial. We moved to this neighborhood, Woodlawn, seven years ago, and we were an anomaly. We were expecting our first child, looking to buy a home, and riding the coat tails of the Black middle-class as they were moving back into the neighborhood. Older Black women would hit the brakes and slow down as they saw us walking down the street.

We were a strange sight. We still are. Moreover, we participate in the economic gentrification of the neighborhood and we reap its benefits. But our presence was never an occasion for harm or overt disgust. Even though our neighborhood has a higher crime rate than much of city’s north side, I have yet to be a victim of any crime. I am not Black. I am white. I am not assaulted by anyone on account of my skin color. Do Black lives matter as much as mine? The answer is not clear.

Many of us in the multiracial church group I attend think that to many white people who remain self-segregated from people of color, Black lives do not matter. This isn’t because of an explicit racial hatred or prejudice on the part of white people. Times have changed. Now it is connected to a more implicit, insidious racism that still marks so many of us: the paradox of the elderly, racist man at church who was trying to help and whose community, for better and worse, helped to form many white Catholics like myself. Instead of confronting and resisting this paradox, however, it is easier to claim ignorance and live in apathy.

Whether we like it or not, many of us now are racialized as white and have distanced ourselves from people of color, both geographically and socially. We are white American Catholics who have no vested interest, no “skin in the game” to truly engage with this most pressing question of social justice: white racism and racial inequality. Of course, we (particularly the younger generation of white people) mostly say the right things about equality and harbor little overt racial prejudice or hatred in our souls. But do we work to recognize the evil of white racism in our society and follow God’s spirit of justice and healing to sacrifice for the work of racial justice? Generally speaking, I think not.

In his posthumously-published essay, “A Testament of Hope,” Martin Luther King declared: “White America must recognize that justice for black people cannot be achieved without radical changes in the structure of our society. The comfortable, the entrenched, the privileged cannot continue to tremble at the prospect of change in the status quo.”

For the United States, there is no larger progressive challenge to the status quo than the #BlackLivesMatter movement. These young women and men are picking up the mantle of the civil rights movement for a different context: the 21st-century, multiracial, more racially egalitarian, yet still white-dominated United States. The movement’s beginning is rooted in the 2012 killing of unarmed teenager Trayvon Martin in Florida by neighborhood watch captain George Zimmerman. But this kind of murder was nothing new. The coverage by news media was. And it ignited a flame in young people of color across the country who are taking action and demanding justice.

This hits home for me here in Chicago. In 2014 LaQuan McDonald, a Black teenager, was shot and killed by a white police officer as McDonald was trying to make his way home. At a prayer vigil and protest in front of Chicago Police headquarters after the video of his shooting was made public, we who assembled chanted, “Sixteen shots!” That was the number of shots fired into McDonald’s body by a police officer. Black ministers, as well as some white and Asian-American ministers, took turns and voiced prayers of anger, lament, and pleas for God’s justice through a megaphone. The hundreds of people gathered on that cold and rainy night voiced loud “Amens!” and I fingered the beads of my rosary. My 6-year-old son was with me. Although he is biracial, and I am uncertain how the fading white majority in the United States will treat him, he will never be in the position of Martin or McDonald. His closest friend, however, is a biracial boy with an African father. He looks “black enough” that I worry about his safety in our society. The anxiety of his parents, however, isn’t fleeting like mine. It is in their faces, every day, all day. Will he meet the same tragic fate of McDonald and Trayvon Martin as he grows into a young adult? Or will my son’s classmates? Or the many Black students in the college classes I teach, all of whom have experienced police targeting when they were doing no wrong? Do Black lives really matter to all of us? The answer is not clear.

In On Christian Faith the prolific Dominican theologian Edward Schillebeeckx pointed out, “Without prayer or mysticism politics soon becomes cruel and barbaric; without political love, prayer or mysticism soon becomes sentimental or uncommitted interiority.” By “political love,” Schillebeeckx was not talking about support for a political party but participating, “putting skin in the game” in God’s plan for justice, wherever it emerged.

I am a Catholic who believes in searching for and finding God in all things and, in particular, in movements that call for social justice. Where justice is realized, even if incomplete, God’s presence is there, even if only in fragments.

Do Black lives matter to God? This answer is clear: Yes.

What are we to do then with Catholics and Catholic parishes that avoid addressing white racism, violence against Black youth, and the importance of the work being carried out by the #BlackLivesMatter movement?

We can no longer make excuses. We must submit to the will of God who calls us to love and seek justice for those who have been forgotten, cast out, or demonized by society. In my experience God is at work in the #BlackLivesMatter movement and we should stand with them.

God is moving. But I am not certain whether white American Catholics will follow. Like my memory of the elderly man from my parish, we remain haunted by a paradox. And often we are paralyzed by it. Do Black lives matter to white Catholics? If so, we need to do more than say the right words. We must follow God and put our “skin in the game.” We need to demonstrate that Black lives matter to us.