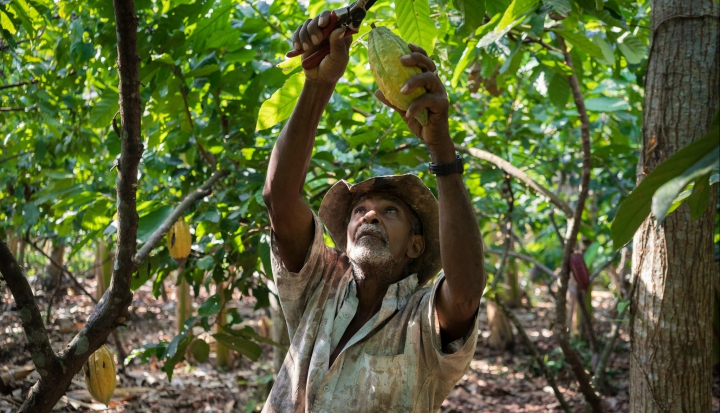 Pope Francis took major steps to offer some practical and spiritual sustenance to the idea of “integral development” that he promoted in his encyclical Laudato Si’. In August he placed his own mark on church tradition by instituting an eighth corporal and spiritual work of mercy, by adding care of our common home to a list of those acts of compassion and service expected of all Catholics.

Additionally, in his continuing effort to restructure the Curia in Rome, the pope created a new Vatican office, a “super dicastery,” for “promoting integral human development” that will be headed by Cardinal Peter Turkson of Ghana. That should put some curial teeth into the effort to promote integral development amid indications that influential international entities like the United Nations and World Bank are becoming more receptive to the church’s holistic ideas about the ends and means of a just, sustainable economic order.

The pope’s notion of integral development has deep roots in Catholic social teaching, first suggested by Pope Paul VI as a counterweight to the post-World War II obsession with “development.” In its secular incarnation, global development at times remains an inhuman project. It yokes human progress to economic and technological growth meant to move the world’s poor out of deprivation and into modernity. However, real-world outcomes of this exclusive focus have been, at times, communally and personally disruptive for vulnerable people in both the advanced and the developing world—anyone from Rust Belt workers in the United States to indigenous farmers in Chiapas.

As always, the pope has his critical eye on the personal as well as the institutional. He used the opportunity of the church’s first-ever papal message for the World Day of Prayer for the Care of Creation to launch his historic addition to the works of mercy and called on all people of good will to repent our ecological sins against creation.

Every Catholic in good standing is expected to find his or her own way to respond to the obligations of the corporal works of mercy, so the care for our common home add-on will mean different things to different people. It calls each of us to humbly assess our consumer choices.

In a modern variant of the miracle of the loaves and fishes, small individual efforts can multiply. If every Catholic family seriously considered how best to respond to this latest work of mercy, perhaps focusing on reducing carbon footprints, seeking reductions in consumption, and contributing to efforts to protect vulnerable communities and ecologies in the developing world, a significant shift in the trajectory of the climate crisis could still be achieved.

Some, of course, will choose to do more to respond to this new work of mercy, taking up care of creation as a full-time vocation. Unfortunately it is one that has become increasingly risky. Global Witness reports that more than three people were killed each week in 2015 defending land, forests, and rivers against extractive interests. The group documented 185 killings across 16 countries, the highest annual death toll since the group began tracking these murders and assassinations.

Perhaps it is worth pressuring elected leaders to put violence against ecological defenders on their radars. They should add protections for eco-advocates to the list of non-negotiable items during global trade talks that are too often reduced to mere squabbling over how best to carve up—not care for—creation.