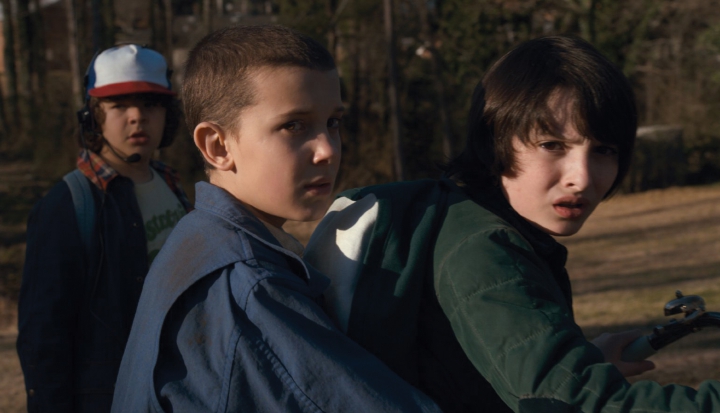 I used to wonder when I’d finally feel grown up. I thought it would be a more cataclysmic rite of passage—like getting married, having a baby, or going to your best friend’s funeral. But I’d done all those things in my 30s, and I still felt 16 at heart. In truth, it was a small moment on the playground with my 10-year-old daughter that made me realize adulthood had arrived without my even noticing.

I was talking to another parent, a graying dad, who’d gone a little soft in the midsection, while we gave the kids starter pushes on the swings, and I thought to myself: He looks like my dad, but older. Then I realized we were probably the same age. And yet I could still see the boy in him, too, the fifth grader who would have poked pencils into my back during class. Looking at my peers since then, I’ve noticed the child is always there—just behind a scrim of laugh lines or crow’s feet.

There’s some horror in realizing that, of course, and this sort of looming midlife crisis—and a healthy dose of nostalgia for our fading childhoods—might be enough to explain the recent spate of successful shows set in the glory days of my early 1980s childhood. FX’s The Americans, which explores the suburban marriage of spies during the Cold War, just finished its fourth season. Meanwhile the characters in AMC’s Halt and Catch Fire are developing early personal computers in a garage in Texas. My favorite, Netflix’s Stranger Things, is a Reagan-era paranormal fantasy straight out of every Spielberg movie of the ’80s.

Stranger Things is carefully designed to evoke the emotional life of the early ’80s kid—a burgeoning jaded idealism that defines the last cohort of generation X. We were the kids young enough to earnestly love E.T. and The Goonies but old enough to steal our older siblings’ cassette tapes, listening to dark New Wave bands like Joy Division and Echo & the Bunnymen while we played pretend. (Both bands are included on the show’s pitch-perfect soundtrack, which is like the perfect mix tape.) Like the show’s heroes, middle schooler Mike Wheeler and his buddies Dustin, Lucas, and Will, we were the last generation largely ignored by our parents (and any other adults), traveling in packs and hanging out in each other’s basements until the streetlights came on. When Will disappears in the woods on his way home at night, his mother—played to hysterical perfection by ’80s icon Winona Ryder—doesn’t even notice until it’s time for school the next morning.

Even the neon credits of Stranger Things, which bring to mind paperback Stephen King novels and the opening of Night Flight, suggest nights spent staying up way too late unsupervised with a book or in front of a television show. This is a show to get lost in, just like we did back then.

Unlike Freaks and Geeks, a cult classic set in the ’80s that was ahead of its time when it was made in 1999 (and canceled in 2000), the freaks on Stranger Things win the day. The crazier a character sounds, the more likely she is to be sane, well-intentioned, and trustworthy. I found myself so immersed in the mythology that I needed reminders that it sounds crazy to think one’s missing son can talk to you through a string of Christmas lights. In a shot that’s simultaneously eerie and heart-rending, Ryder’s character whispers lovingly to the bunch of lights she holds in her trembling hands, asking her son to give her a sign that he is alive. The dark closet where she hides glows with hopeful light.

That kind of old-school, analog communication—with each other and with the supernatural—is a recurring theme throughout the show. This is the age before cell phones; the kids use walkie-talkies. The show’s mysterious heroine, known only as Eleven, is a kind of human walkie-talkie who can transmit conversations through telekinesis. This is more than cute set design and an homage to Stephen King. In an interview the show’s creators say, “For us, we like going back to a time—and I’m sure nostalgia is feeding into that—where cell phones and the internet weren’t around. If you went off with friends, it felt like you really could get lost on a grand adventure.”

That desire for a grand adventure, for purpose and meaning, isn’t limited to gen X nostalgia, and that’s why the show isn’t just an inside joke. Millennials in particular often cite a desire to be part of something bigger than themselves as part of their attraction to the arcana of traditional Christian worship. Stranger Things appreciates that longing—and its flipside. Season 1 acknowledges the presence of another world. It also acknowledges just how dangerous it can be to imagine we might control it.

In Stranger Things, the danger isn’t limited to suspicious government agents, cruel scientists, suburban bullies, or even to a mysterious supernatural threat—though all those ’80s tropes are inventively deployed. The real danger is the drive to manipulate and control the world at the expense of our kids. Whatever plot the grown-ups are unfolding in the laboratories behind those barbed wire fences in fictional Hawkins, Indiana, they see the children they are destroying in their wake as dispensable resources.

Yes, there be monsters here. But sometimes, we’re the monsters. And that’s why Stranger Things is ultimately so moving. It’s not just about that last moment before you had a gaming system and a cell phone and the whole world at your fingertips with a keystroke. It’s about that last breath before you grow up and realize that monsters aren’t just in stories, board games, and horror movies. It’s about the moment you knew monsters are real, and it’s your job to save the world.